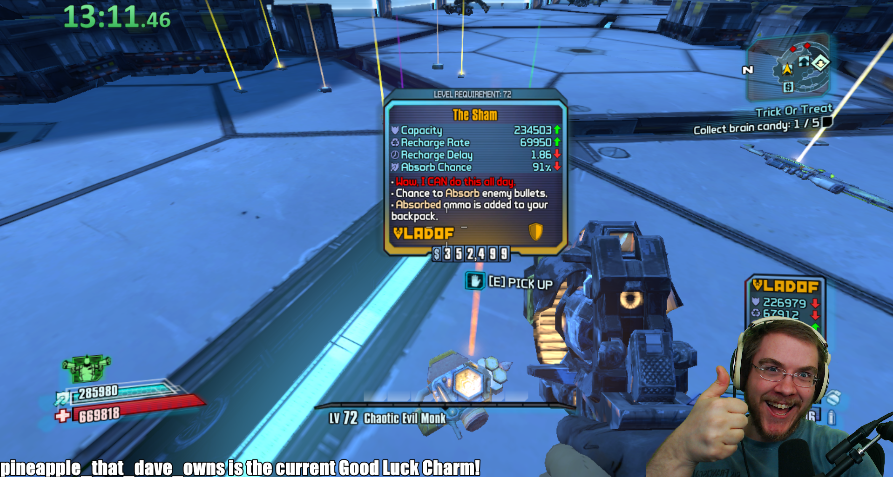 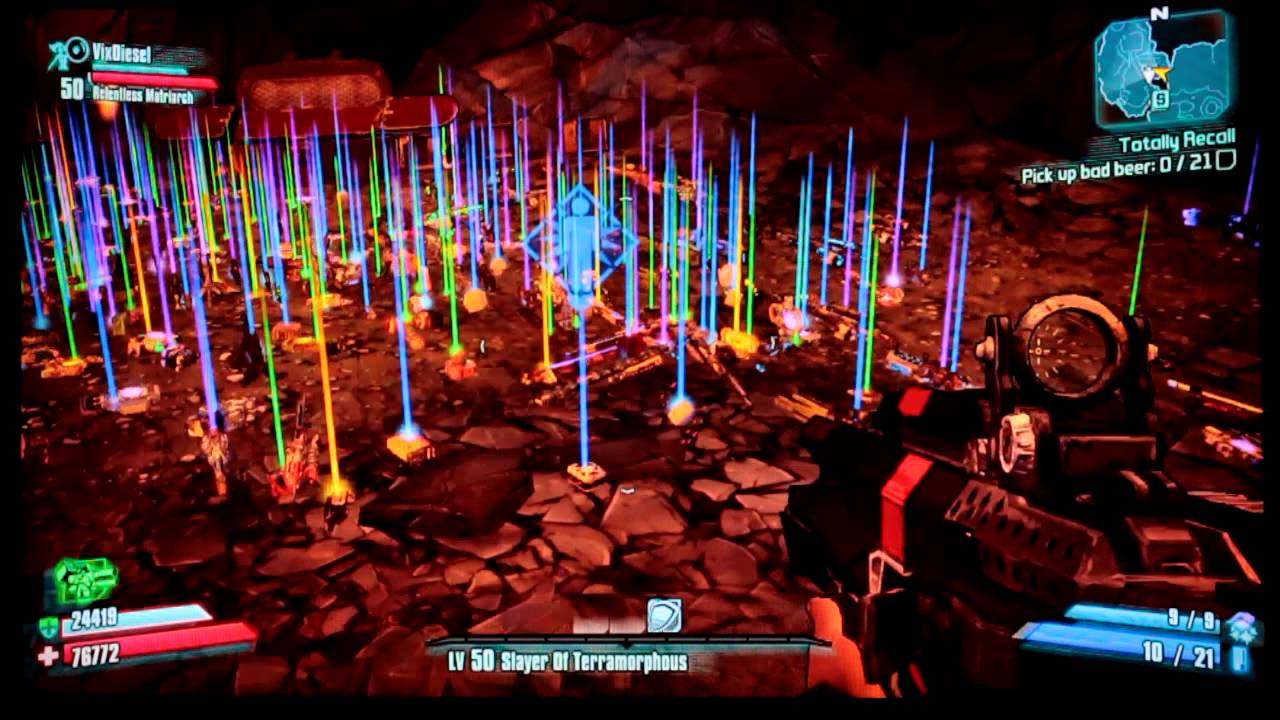 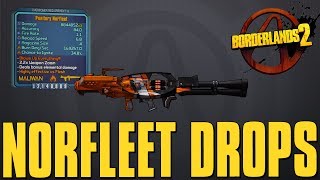 well… maybe got a little too carried away… So i finally started a Krieg and am just goofin around leveling up. Go to do Zeds mission to kill doc mercy. Then this.

While im happy to see it…a wee bit early for when i would have wanted it.

Honestly?
Cue me burning out on finding legendaries if I go back to 2. Ohwell, have all the stuff I want anyway.

Bunker is not crying hard enough.

So now Borderlands 2 is reaching the pinnacle of perfection with this fix. This is a pretty huge buff to the games with Borderlands 2 having needed this for a long time.

For me personally the only other thing that needs to be changed is allowing Craw Jr. to drop the new pearls and COMs and everything will be golden.

Bunker is not crying hard enough. Much better.
(thanks for the good laugh btw)

Makes me miss Photoshop because I would of totally animated it

Having just visited him last night with Sal I totally agree, although I did get a Dastardly Unforgiven from a treasure varkid…

Having just visited him last night with Sal I totally agree, although I did get a Dastardly Unforgiven from a treasure varkid…

You can also farm the Thunderball Fists from Sparky to if you want that and it is more efficient to go after OOO on Wam Bam Island than in Hammerlock’s DLC.

Craw Jr. though is a disappointing on the drops.

I’m not sure if the slot machines are impacted by it or not, but with well over 1000 hours between the x360 BL2 and now the handsome collection, I’ve never hit jackpot. Today, hit the ol’ legendary jackpot. pretty sweet.

Gearbox, I know it’s not Mother’s/Father’s day/your birthday, but I just wanted to say I love you.

I’m off to go kill midgets and fatties!

There have been “protests” about legendary drop rates since the release of BL2 back in 2012. The same (or very similar) rates were carried forward to BLTPS. Yet, almost 3 years on, GBX run a trial that could have been carried out at any time in the intervening months. With some actual evidence, albeit a bit subjective, they’ve finally changed their minds. and introduced a hotfix/patch that is pleasing the players and not breaking the game in any way. “Win, win, win” as Sir Hammerlock would say.

The question is why have GBX done this now? Is it to improve sales of The Handsome Collection? Is it to keep existing players playing? There hasn’t been an “Inside the Box” article for a while. I’d love to see one on how and why this has happened.

Oh, yes! And thank you Gearbox. I think this is a very good decision.

This is great, what about the hive/cobra?

I hit a jackpot once… when I was around level 15 or so. It was a shotgun. Although, I can’t tell you which one. I was pretty excited but it was right around the time that I got the 1430 Shotgun… so I used that one more

Logged in after installing the patch, the second loot midget I kill drops an Avenger.

Today I found an Infinity in a locker, Pimon dropped a Transformer and I found a Storm in a chest. All that happened in just two hours.

Maybe the drop rates are too high…

Ah screw it. You can’t have too much of a great thing. Besides, the Bunker still hasn’t dropped any legendaries after an hour of farming.

Maybe the drop rates are too high…

Nope. I feel like getting a legendary is nothing now. The feeling when I get a legendary feels like i’ve been cheated. The casuals are happy because they’re willing to farm for 30 mins and no more. Now it’s boring.