I will open with saying this game is great, and it held my attention for as long as it did because of the story mode was a great way to get to know characters and explore the lore you worked to hard to create. (Plus if you play solo, you are the best player.)

At the end of story mode, the Battleborn state that they will always be vigilant and fight to the last man/woman/robot/monster/plant/animal/thing. With that ending I realized that this game NEEDS a survival/horde mode. The idea is very simple, pick a team of Battleborn (from 1 to 5 players) and go against ever stronger and larger waves of enemies. The longer you survive, the better loot and more experience you will receive. Personally I find this kind of game mode very enjoyable, and it even fits in with the lore of the game. You could even call it a continuation of the story.

Properly executed it would be a fantastic alternative to replaying the same story missions a million times when you do not feel like versing live opponents. A good PvE goes along way in my opinion.

Thank you for your time.

So, Battleborn Tap, but NOT tap? 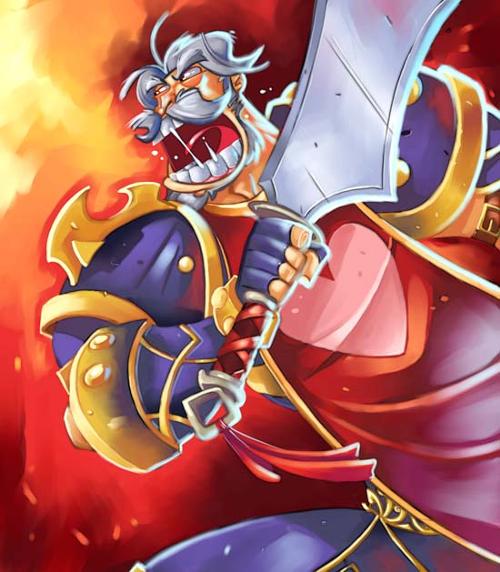 The devs have said that they hope to be able to do this at some point.

how many more shirts and battleborn copies should i buy to help the devs with this decision?

Would definitely be a littler more replay than grinding the same story missions imo, I concur, take my money gbx!

I think a horde mode would be great, but add the stipulation that you are evacuating people and you have to get to your escape ship after successfully holding off the bad guys.

The story/idea that I have is that the Eldrid found or the LLC built some device that is actually capable of pulling starts out of the Varelsi void (where players are sent during the last part of the Void’s Edge mission; it is filled with stars), and it is the players’ mission to guard the Star Savior while it returns stars back to our universe.

It’s basically an endless defense mode with a single node with a few stipulations. First off, the number of lives that the group gets is drastically limited: one non-hardcore, the group only gets 5 lives; in addition to player death/respawns consuming lives, the “death” of the Star Savior also consumes a life in order to restore 25% of its health and the game ends when the party is out of lives or the Star Savior is destroyed with no more lives available.

Each wave gets progressively harder (starts with just skulks and scaven; eventually becomes massive waves comprised entirely of alpha scaven and disruptors) with every 5th wave containing a boss (one of several possibilities; later “boss waves” will actually contain multiple bosses; NPCs will have remarks to bosses spawning). When the boss is destroyed, the Star Savior manages to retrieve a star (NPC reactions and cheers occur) and spits out a lootsplosion (has either its own unique drop table, only drop a crapload of credits, or accesses the faction specific loot pack legendaries to make those less absurd to collect).

The map would basically be just like the Void’s Edge void area (blackness with stars all around) except with a large machine of some kind in the middle with a few traps/turret nodes around it (I’m thinking 3 of each, alternating in a circle around the machine).

LOVE IT! And it looks as though you’ve given a lot of thought to it, too, so WELL DONE so far!

It sounds like a phenomenal idea. Gearbox should definitely make this level happen.

Another possibility would be to have a robot one with CL4P-TP being the bad guy continuing where ISIC left off with THE ALGORITHM!