Which Battleborns would fit which CHRISTMAS roles the best?

Will Orendi use her hat as a stocking?

Will Thorn be convinced to don a sexy CHRISTMAS elf costume?

Will Marquis donate money to charity and help rather than kill Hobos?

I hope someone noticed my Die Hard reference.

Also, I hope no one shoots their eye out with their Red Rider BB Gun!

Just think about it, guys.

And Mellka! She has wings sometimes

Kleese. Old and has a flying chair

Will Thorn be convinced to don a sexy CHRISTMAS elf costume?

How is this even a thread?! Orendi dressed as santa, obviously. I’d pay money to see an anime of her delivering presents… By which i mean a shadowfire pillar.

I think you meant - How was this not ALREADY a thread, amirite?

For real can’t believe CHRISTMAS is less than a week away still so much prep for it to do!

I have very little actual Christmas knowledge, unfortunately, so I’m not the right woman for this job… I haven’t celebrated it since I was a tiny child!

Why is that if you don’t mind me asking?

Fat dude. Religion. Presents. People awkwardly bringing up Hanukkah every once in a while. What’s Kwanzaa again? I live in a very… we’re not very diverse unfortunately. Also elves. And the movie Elf. People love that thing

For me it’s the time of year where I get paid that sweet, sweet holiday pay since everyone else can’t deal with -30 degrees Fahrenheit (-34 Celsius) weather and they go somewhere warm for the holidays.

Well… I Googled “Christmas” and “Hawk” and I got this…
So… I’d probably be the damn Christmas hawk. 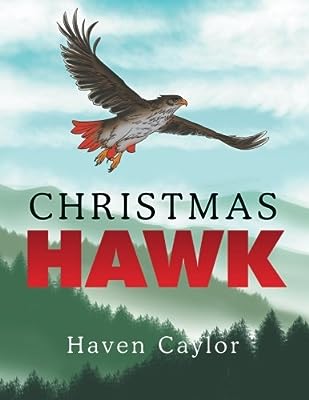 Hawk is a red-tailed hawk who is recruited, along with other birds of the world with keen vision, to help with Santa�s Nice List. Hawk finds children who are not only nice, but give of themselves, and ...

I have no profound answers. I just never had a strong family tradition and I’m an introvert on top of that, so just quietly writing, working, and relaxing my way through December is the best way I can imagine to end the year.

I mean, the best way that doesn’t involve Mellka (you almost thought I’d made an entire post without mentioning her, didn’t you?)

Mainly bad memes about people crying due to receiving Battleborn rather than “that other game” for Christmas.

Some concerns:
Boldur “poison, posion,…not poison”, a cook? Emula forbid!
Sry, but somene has to finally say that. Orendi, how to put it, was very, very naughty. Whatever the size of “stocking” she’ll bring, it’ll remain empty.
Thorn: like her present costume is not sexy enough? Mind that whatever is your answer, she’ll be angry

What kind of Christmas gifts would the Battleborns like do you guys think?

The only person I can think of is Montana, and the answer is bubblegum. Lots and lots of bubblegum.