All ships should be able to re-dock with mothership

The reason I say this is that when your fleet gets larger it can be somewhat difficult to keep them in a nice orderly fashion like when you hyperspace to the next mission, or when you first appear at the start of the missions. Of course you can re-dock fighters and corvettes and they repair up and come back out in a nice neat orderly line. However anything larger then a corvette you are reduced to attempting to use the “not really working formations” to keep them together so they don’t get mixed up with other groups.

So if Gearbox made it so that all ships, including frigates, carriers, destroyers, and cruisers could re-dock so they could be repaired and come back out in a nice neat line, it would solve the problem. They could even make it so they don’t repair if they think that would unbalance the game but with formations working terrible like they do currently this would at the very least keep fleets in a better more orderly fashion.

Now I do realize it would take forever to dock the larger ships one by one but the mechanics are already there to do this because when I capture a destroyer, or cruiser, or I retire any ship larger then a corvette they go back into the mothership so obviously the mechanics are already in place and all they would need to do is allow larger ships to have a dock command.

I Think there used to be a parade formation. F12? But I think that is the steam screenshot key now.

I think the time it took to process all you capital ships in and out of the main hold would be a real killer even at a generous 30 second round trip, reorganizing a fleet of any size would have you sat twiddling your thumbs for an interminable amount of time.

But really just getting the old parade formation working like it used to is what we you really need.

Little googling says that the new hotkey is shift + P

They have some really bad hotkeys now. Not all that intuitive.

all ships, including frigates, carriers, destroyers, and cruisers could re-dock

How many cruisers do you think can fit inside the mothership?

Like I said, one at a time and cruisers, destroyers, and carriers are not really something they would need to have a dock command, but if they are doing that then may as well include it so any ship can be docked.

My point is, they came out of the mothership so there is no good reason they can’t go back in with a dock command. Seems like they forgot to put that in the game.

Frigates could dock in HW:C? I don’t remember this!

I’m scratching my head on this one

was that something to do with ship upgrades ? I recall fighters docking to receive them and capitals upgrading in the field. but can’t think how frigates handled it.

Or is my brain playing tricks on me again

Wish I had of been interested in Space RTS games when Cataclysm came out as pretty much every topic I read on these forums, or Steam forums for Homeworld, eventually mentions that Cataclysm did this or that and its not part of the other games. 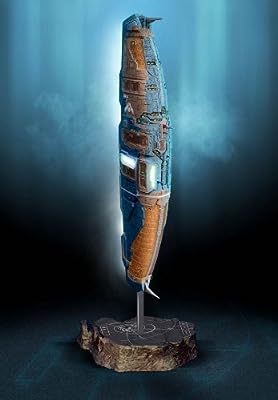 Crafted with the assistance and guidance of the original creators as well as the help of a passionate fan community, Homeworld Remastered Collection introduces Relic's acclaimed space strategy games H ...

At that price you should get 2 !! one for week days and one for Sunday best

Try Ebay for Cataclysm, if the Re-release of HW1 & 2 hasn’t driven interest up too much you can find them for around £10 or so. They seem to come up fairly regularly if that’s any help.

Ya you could dock em. In fact I’m playing the campaign again right now for the last few days. Man I wish they never released the remastered editions. The ships seem suddenly so ugly in it. Still x10 times better than in Hw1 C. While I never cared much about graphics etc. but more about gameplay and story it still has an effect upon you if you finally see how it could look nowadays. And even the remastered edition presents us with something that’s 2004/05 standard model wise…

I seriously don’t remember being able to dock frigs in HW:C. And it above all was the one I played the most. Maybe I just in 6 solid years of play never tried it. I only used Hives and Rams and rarely ever upgrades EC or researched Ion, so maybe I just never noticed because I never had the need. Wow. TIL.