Am I Doing Something Wrong? (Skins And Taunts)

So, I didn’t learn how to tp back to base by pressing B on PC until i was like rank 78, so maybe idk much about the mechanics beyond combat and support in BB.
But I’m under the impression that the best way to get skins for a character is to buy loot packs from that faction, is there another way or what? x3x
I know you’ll get Command faction loot packs from reaching a level that seem to be guaranteed a skin, in my experience, and I’m rank 90 now and think I mostly know what I’m doing.
I opened 12 loot packs in a row (3 Eldrid, 1 LLC Commander, 3 LLC, and 5 Rouge) and only got a skin from the commander LLC pack, so 11 packs where I got no skins or taunts.
I had saved up coins during the double coin weekend to get a bunch of packs in hopes of getting skins i wanted.
I mostly wanted Isic, Thorn, and Most of all Orendi skins/taunts, so i focused around those.

Am I doing something wrong? O3o…
Cause it seems like everyone has the skins for their favorite characters but me, outside of this i’ve bought tons of Rouge packs since the games release cause i really want that orendi taunt where she puts her hands over her face and makes a monster face.
All i’ve gotten is the white skin in all this time for orendi, I’ve gotten things occasionally for other characters, but what is the drop rates for skins and taunts?

Because even if i didnt get what I wanted it seems weird that I didnt get a single skin for anyone besides the commander pack that was guaranteed one, so 11 packs and no skins.

Was I just unlucky?..
idk, im just frustrated that i saved over the double coin weekend and got zilch for it ;w;

It took me about 50 packs to get a skin for toby, and 80 to get a taunt. I had already gotten every item for reyna, and like 2 for every other rogue but S&A who had 2 skins and a taunt.

It’s a low drop chance, but no, there is no other option. And it really sucks once you hit CR 100. And the legendary loot pack you get for not being able to get commander packs? not worth it.

I have the pink/blue thorn skin, the white orendi skin, and thats about it lol (to what I main, i have like 2 toby skins and the purple/yellow skin for like every other rouge >~>)

And yeah, i actually decided to get the Vigilance Link legendary today, i got it literally my first try on normal hardcore, and i was a little sad to see it disabled, even in pve.
I get they need to nerf it but why not just disable its ability to stack with multiple links and leave it at that ;w;
Or lower it to like +30 hp for every additional vigilance link to the team.
But thats all a conversation for a different thread lol owo

Whatever, I’m off to buy lootpacks and cry =3=

i’ve bought tons of Rouge packs since the games release cause i really want that orendi taunt where she puts her hands over her face and makes a monster face.

You cannot get this taunt from loot packs. It’s a Digital Deluxe exclusive, along with some taunts for few other characters.

However, you can get Orendi’s “Up Close and Personal” taunt if that’s any consolation prize https://www.youtube.com/watch?v=-59B9m5UQb0

It happens randomly because those packs only usually drop 2 items so they have to hit the three mark for a skin.

Each one of those packs drops:

Then their are also shift codes for the gold series of skins.

What you have to realize is you won’t get one if the pack doesn’t roll three items, and you have a million different stat variation for each item so its a crap shoot. I’ve been trying to get Galilea’s for a decade now.

what all these guys said. I think GB made everything ridiculously hard to get via RNG. I don’t think they want people getting everything and then not playing. I must have opened 30 epic packs and only just recently did I get an orange item…it was a key…so basically worthless…

Everyone who doesn’t have DDE taunt has 2 obtainable taunts from loot packs, and it’s a pick-purple skin, with blue accents. But yeah, correct.

Brace yourself if you haven’t dropped a taunt but unlocked all others Taunts and Skins from the same factions:
I’m still trying to drop Benedict’s last dance taunt, but since i unlocked every Skins and taunt from every other UPR, Loot packs now only give me 500 and 1000 credits for duplicates.

I’ll probably never get it with that drop system.

I bought like 20+ loot packs after double credits and didn’t get a single skin, taunt or halfway decent item.

Conversely I have gotten 3 legendaries from Eldrid loot packs in the past, and skins etc. It’s just luck.

Sorry for what may be considered a necrobump, But someone shared an overwatch meme on facebook and i decided to Hijack it and turn it Battleborn *3*

All hail the RNG Gods.

May RNGesus save us.
Amen.

And may we be touched by His Noodly Appendage 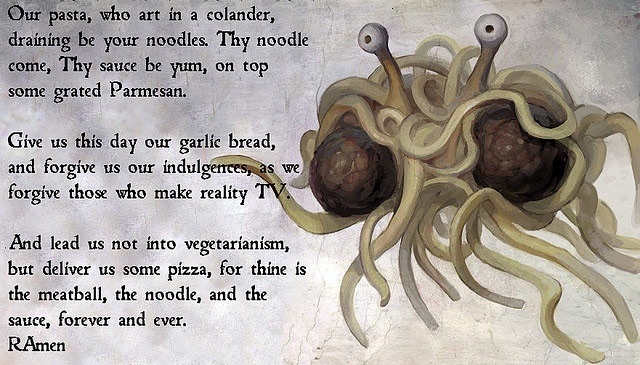