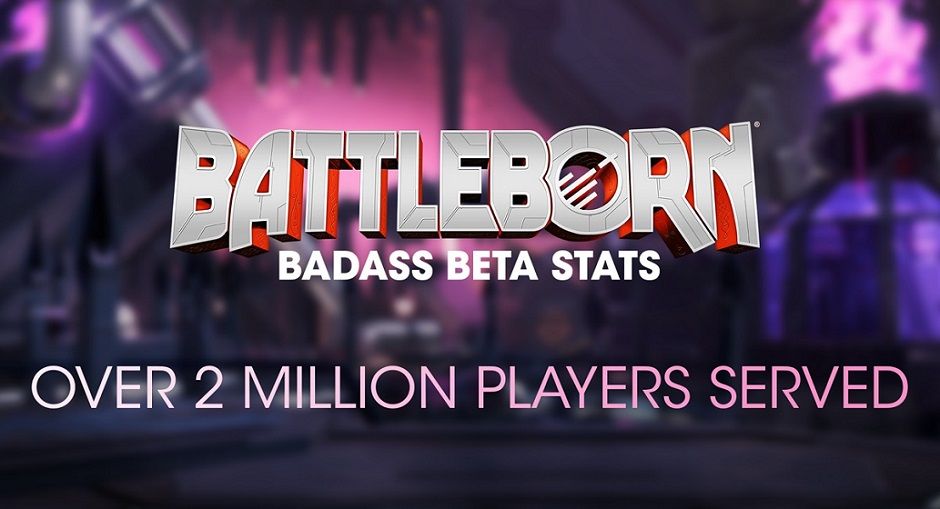 While you were busy slicing and dicing, running and gunning, and even clotheslining your way through two Story Mode episodes, two Competitive Multiplayer Modes, and taking Battleborn’s 25 unique heroes for a test drive; the Devs here at Gearbox were...

A day late and a dollar short, it seems.

Fair enuff. Thou point here more about the overall stats than who abandoned the Algo

I’m still not convinced that the stats are real or not intentionally misleading.

I think that the whole thing was just a publicity stunt and we were going to get the skins no matter what.

They say that there are 2 million people signed up. And that over 2.5 million campaign missions were played.

That means that, on average, each person queued up for 6+ matches. (5 people to queue for a mission). Unless they’re counting private solo runs in the numbers.

And then, similar logic for the Competitive, but I definitely played about 40 matches, so I can believe that one.

I believe that. He was one of the most played. He does really good, consistent damage and is available at level 1.

That means that, on average, each person queued up for 6+ matches

and we were going to get the skins no matter what.

And if so … let’s count our blessings?

Also, regarding Geoff (“Arachnis the Spider King, Lord of All Spiders”)…:

Queen Arachnia was the Queen of the Spider People in Tom Paris' holodeck program The Adventures of Captain Proton. Photonic lifeforms mistook the program for reality and believed that they were about to be invaded by Doctor Chaotica. Janeway played...