Hey guys, here we go again with some tutorials… so yeah, i’ve been getting some request on how i did those dead corpses on the causeway in my modified Cole’s Charge map, most request are from Moddb, but some are in GB forums ( Like @QueenDracWraith whose need to put on corpses in his MP map project ) so, let’s do this

Of course, in War… One’s death is inevitable, might it be because of fate, or just his own plain stupidity…

"No Poor Bastard ever won a war by dying for his country, he won it by making another poor dumb bastard die for his"
~General George S. Patton

Eh… well, im not the one with good quote typing, actually… but hey, let’s get back to what we should be learning/talking about.

First of, i’ll do this Tutorial in the Easy way, meaning… without having to use TriggeredScript that’ll make your task more harder, because we have an Scripted Sequences Actor that can do the animating task easily…
You might wanna include that this Tutorial’s only for posing dead bodies at the moment, not how to make them play an Die Animation and then pose as a corpse (e.g Hill 30 Soldiers or Rivas’ bleeding from neck wound.), not yet; until i’ve learned how to do continuous animating.

Two more things to add up, that you should know about Scripted Sequence.

With that being said above, i’ll separate the tutorial between both editors (RTH30 and EiB to be specific)

Independent part, works for both editor.
So, before going into the Divided tutorials, we might need to first look into some Animations we might find interesting.

First step - Look into an Animation folder where you can find some dead poses/animations (in my case; a_cin_d7_hill30)

123154.jpg867×661 139 KB
Those inside the box in the image are the ones i used in my Cole’s Charge map, but it isn’t only the Dead corpse animation so far, some are still hiding in some animation files, keep looking.

Aside from A_cin_d7_hill30 there’s also some files that i found to contain some dead poses.

So yeah, Create your AnimPawn Actor and proceed to either EiB or RTH30 tutorial.

In my case, i set his Mesh on US_PARA_BODY, the model american forces used in BiA RTH30/EiB

Getting to animate characters was much more easier in Earned in blood than Road to hill 30, mainly because they had used Scripted Sequences more than coding with TriggeredScript.

Create your Scripted Sequence actor, rename it into something you’d like; in my case… it’s Dead_ soldier_Hill30.

STEP 1.1
Then Connect the Pawn with the Scripted Sequence, names should match as usual.

Step 2
Setting the static animation is easy… thanks to Scripted Sequence, assuming of course; you should know what file is the animation you’re gonna use is stored.

With that being set, it’ll show some new sections… or whatever

I set the BASEANIM and MESHANIM to the names of the animation i wanna use… don’t mind the other settings at the moment, we aren’t doing continuous animating.

Test it ingame.
Of course, to know it work… you should test this ingame and Voila! here he goes, dead and lying.

Well, that’s it… hope you got something today

Sorry for the long reading you’ll have to get through… and yet, I tried making it Editor Rookie Friendly as possible, also! tell me if you have some problem related over this type of thing,

Looks good, I’ll try it later (don’t have time right now). Is it possible to pose German corpses as well?

Yes, since we are using Animpawns; we can set the Mesh of it to de_Infantry_body.

To be able to change their skins, you need to have the animation file that contains them opened in Animations.

Hey!
I tried to add some dead bodies on the Ripe Pickings map…The pawn stays in the idle position!
I followed your tutorial to the inches…using even the same names

Strange, are they connected to the AI Scripts? as well as the Animation folders opened?

Looking forward to some screenshots, sir. 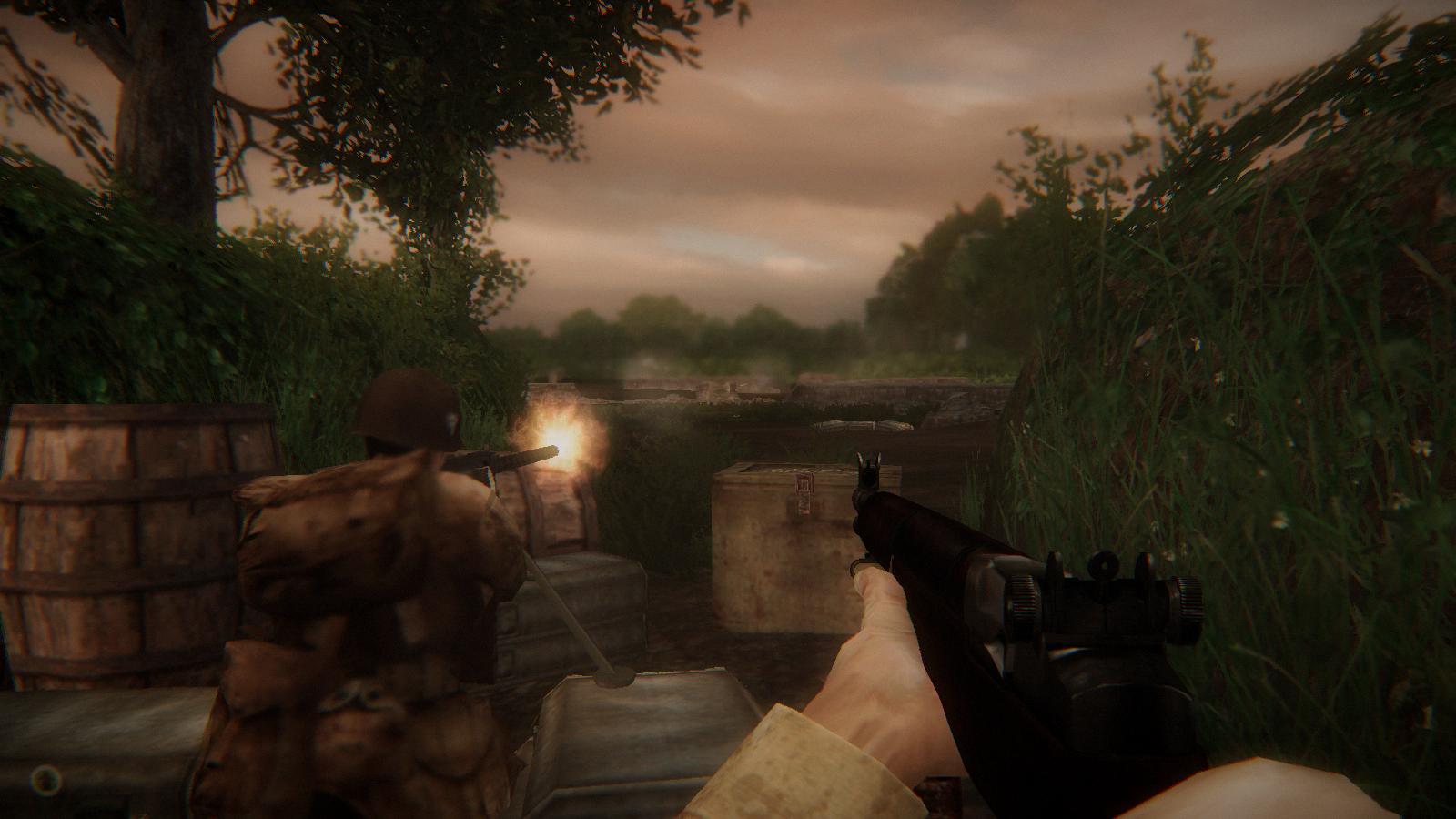 Ripe Pickings map with some modifies: -Combs have 3 men under his command, the other ones are dead, as you can see. -Now Cole is inside the Ingouf farm courtyard from the beginning. -A .30 Cal that defends the front of the farm has been added. -Two...

In this section, there are an amount of 5/6 corpses + 3 alive soldiers (one of them has a BAR)…the platoon of Lt.Combs.