Anyone notice there are new articles on the official site?

A tremendous band of badass heroes fight to protect the universe's very last star from a mysterious evil in this next-gen shooter by the creators of Borderlands. Slash and parry, run and gun, cast and dash, or simply obliterate foes while... 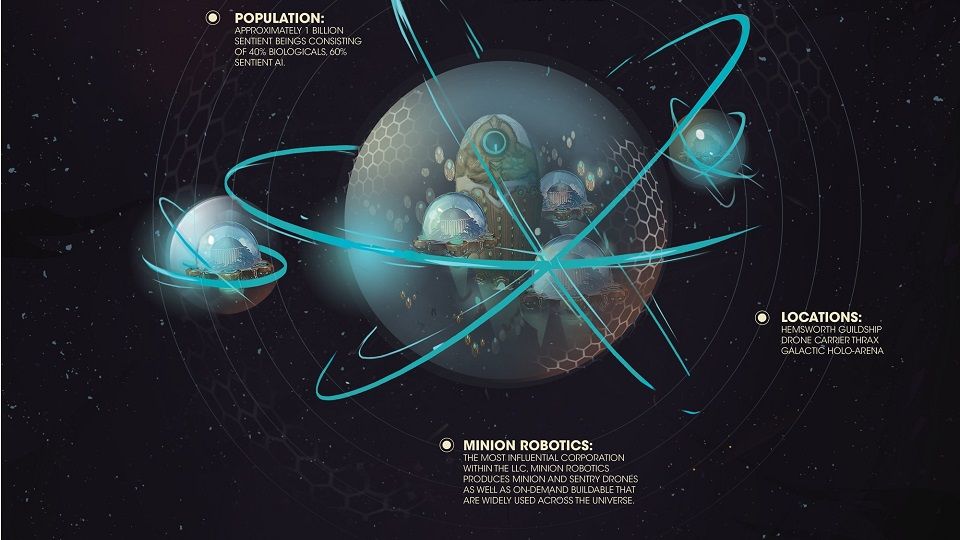 The Last Light Consortium (LLC) Arcfleet began out of necessity. After all, if the Varelsi are destroying every planet you set up manufacturing facilities on, it’s hardly cost effective. With the universe going dark, mobilizing your workforce is...

War profiteers and the aristocratic merchant class of Battleborn, the Last Light Consortium (LLC) is ruthlessly efficient at squeezing out earnings – even in the face of certain extinction. In the LLC, humans, AI constructs, and cybernetic hybrids...

Hundreds of years – and hundreds of thousands of ships – later, the LLC Arcfleet is a commercially-driven armada operating primarily to optimize profits, even in the face of certain extinction.

Half of them have been released before the launch. The “design” articles are new I think.

yeah, BB news has been dropping faction info for a few weeks. I’ve started checking there ever since they failed to post about an update on their own forums and rather posted about it on twitter.