Hi everyone, I made this topic because I couldn’t find something similar yet here. Anyway, this is a creative place for all your paintings, sketches, doodles, models for ships designs, characters, planets, technologies, events and so on, anything that has to do with homeworld

Just post your art here if you think it’s not necessary to create an extra topic for it.

I hope to see here a few familiar faces again. Go for it and have fun!

I start with an idea for a Taiidan corvette chassis design to be equip with missiles or laser maybe. 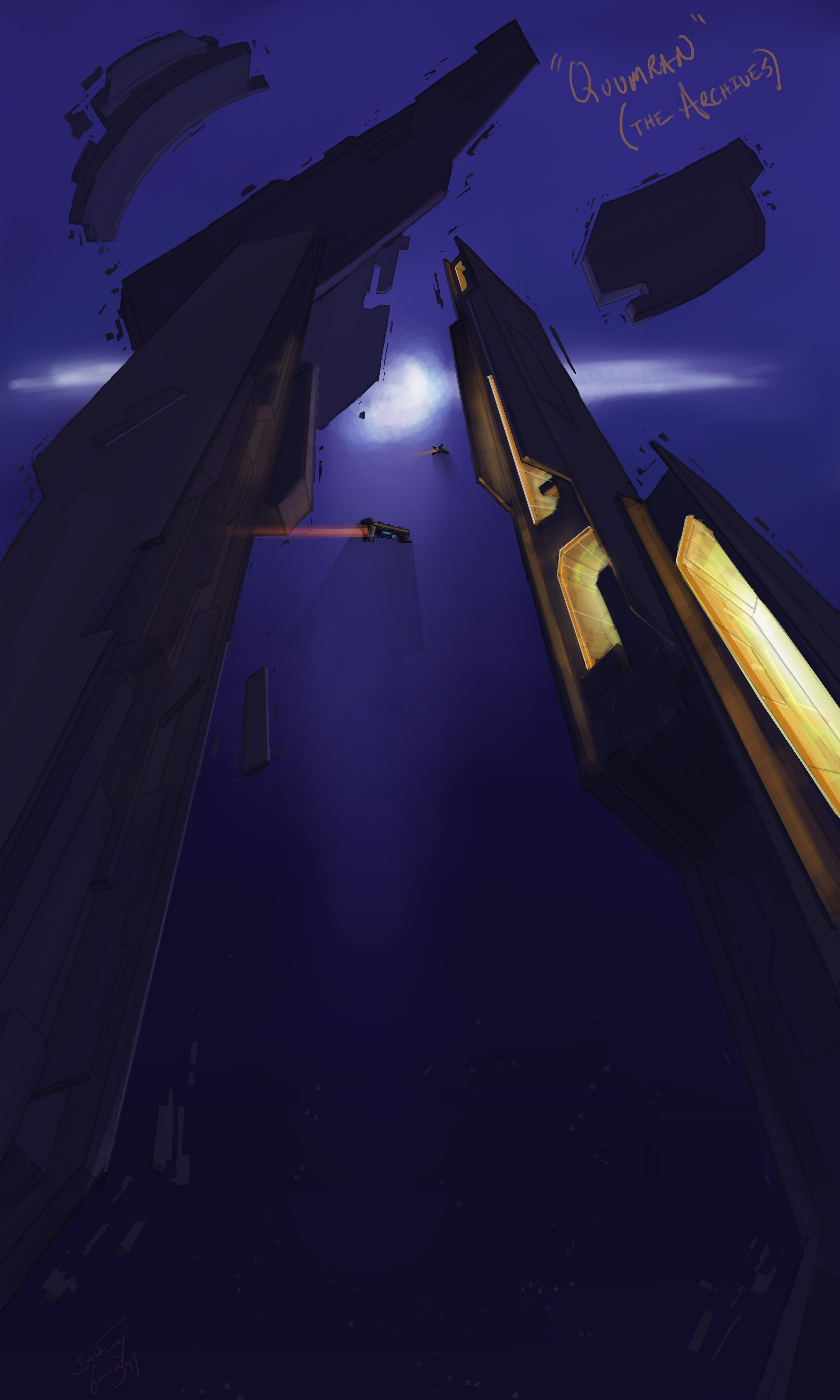 I haven’t seen that Corvette design yet, was it always public or did I just miss it? You have the feel for Taiidan in the core of your soul, this ship looks just right. It looks so authentic also because you managed to avoid that cheap “cool” flashy aspect of ship designs and went fully with that Taiidan bluntness we love. In case that didn’t sound right, that was a big compliment.

Oh thanks a lot Pouk ! I guees its just a matter of practice with those design elements. Kushan ship designs are much more unpredictable for me somehow

@brandon I really like the silent atmosphere, nice work !

Alright, I’ve finished a version with missile modules on both sides and front ejection like the turanic once.

Maybe with such antennas ?

You said models. Does this concept mesh qualify?

Vaygr Cruiser, very much unpolished and lacking detail. The overall shape is what matters at this point. (I can’t wait to get it in game. Well it is in game, but it looks like this…)

@Pouk Looks nice and heavy, I guess I’ll attack it from above xD !

Here is an early idea for a Taiidan plattform, not sure if it will use frigate or destroyer cannons

I completelly forgot, I do have something artsy I’ve made!

Nice to meet you Talros, This is my concept for replacement of Vaygr guardian in complex mod, I renamed it to Defense Field Controller to reference a capital non combat ship, the name was obliviously derived from the formal Resource Controller in HW1, it was a ship the size of destroyer, classified as utility. I also added a sub system hyperspace inhibitor.

@Talros - I hope you don’t mind but I had a go at modelling the ship in your “Gozan IV” concept from deviant art.

I’m intending for it to be a Taiidan Republic cruiser. Currently low poly and untextured, just trying to get the proportions and “feel” right:

Struggling a bit with the rear section. The original image gets a bit vague there and seems to be a bit too long to me. Also can’t decide what class this should be. I started off intending it to be a battlecruiser, but it is currently armed exactly the same as a Taiidan Destroyer… I am wondering whether to make it a sort of “light cruiser” and have three instead of two topside turrets.

Let me know your thoughts…

@Dom2 Hehe nice work ! but to be honest, the picture of this ship was just a tribute painting for the release. Even I can’t tell how this should look like exactly.

When I did this, I didn’t thought about the ingame proportions, playability ect. The design is a type of assoziation but it doesn’t look very taiidani. Its too long, flat and rounded, it’s more a mix of star wars/star trek/ mass effect being, so it was not a concept or something

However, its cool to see this thing ingame

@sarsengo Cool lines ! It could be also a HW2 Somtaaw scout, because of this exotic design

I turning and burning

These are great, I am trying to do ships to, and I know how to use both 3dMax and Maya but I do not know how to add ships to HWR or ware to put them. is there a forum page that explains this stuff? would be awesome!

Battle Carrier, 1 ion cannon, 4 kinetic cannon, can only build interceptor and resource collector and prob.
Talros, can you do a illustration of this? plz

Welcome @newleg19851! Have a look at my tutorial here:

I feel like I’ve managed to get to grips with some of the example files now and I’m getting (a bit) confident at getting models into the game, so I thought why not try to share what I’ve learned? I’m not setting myself up as an expert, but hopefully this might help someone who is just starting out… This tutorial describes how to replace the Kushan Scout with your new ship, by modifying the Kadeshi Swarmer example. This tutorial is aimed at a (relative) beginner. Tools used in this tutorial: 3…

If you’re still stuck, ask in the modding forum or PM me - if I can help I will!

The design is a type of association but it doesn’t look very taiidani.

I like it though, that’s why I’m using it as a Taiidan Republic ship. Here are some more shots - no more polys, but I made some basic textures: