Badass Rank or BAR Does anybody use it?

I have often wondered a few things about Badass Rank or BAR. My first toon was melee Zero and BAR is not so good for him so i’ve never actually played with it on or cashed in any tokens, allthough i find myself still collecting Vault Symbols for some reason, but a bit of OCD can do that to you. I’m not here to judge you if you do or don’t use BAR, and don’t wan’t any arguments about “Real men/women don’t use BAR” or anything like that, as things like the Time Trials need to be kept on a level playing field for all, understandably.

Feel free to add more questions that haven’t been asked, and thanks for stopping by

I go between using BAR and not using BAR, because I have a decent amount of stat boosts from starting many different characters over a couple of years.

I’d say the hardest (most tedious) challenge to complete is the one where you get AR kills while crouching, which I’ve only bothered to complete on my Axton file for the Dahl skin it rewards.

I enable it in co-op when playing with my other friends at level 72 or above, mostly because nobody else I know plays Maya and the max health boost is funny with her elated skill.

Crouching Tiger Hidden Assault Rifle, yeah i remember that one from a Maya i used just to get every BAR challenge done, just to have a different playthrough challenge, and it was tedious

The health bonus is a good point.

My BAR is across-the-board 19% and now that I’ve completed most challenges with my most recent, I won’t ( likely ) add any more.

I’ve seen a lot of people cap at 20% - seems a comfortable level.

Anyone remember who posted those crazy BAR stats last month? They were 36% or something.

Edit : found it ( not quite as high as I thought, but still…)

What did you do in BL2 during your most recent session?

I have about 1300 Tokens so i’m not sure where that would get me, and i don’t know how long that would take to spend them all. You used to be able to choose where your points went didn’t you?

For me, I got em , I spent em so I have no idea other than now I have the level I do.

Smarter people than I know better how they work.

I think it’s to late for me to start now, but if an interesting build comes up that needs i might consider it.

The math is covered in the wiki.

1, 4: I use mine, but I have less than most people here (possibly everyone

), around 11-12% in everything. Somewhere in the 41000-42000 point range, I’d have to check. I was pleased to reach 40k and am not sure I’ll make it to 50k.
2: Why not? Free bonuses, what’s not to like?
5: Steam says 602 hours, but that’s really more like 580 because there was at least one time I put the computer to sleep while alt-tabbed out of the game rather than exited from the game.
6: The co-op ones, obviously. Probably pretty easy for people who do co-op, but us soloists can’t do them.

Counting the soloable BAR challenges, Slab UHF is the hardest. Jumping puzzles suck. There’s also the shotgun one that remains hidden until some other shotgun challenge completes at rank 5 - none of my characters have even revealed that one yet. I think there might be a RL one that’s similar; I don’t really use RLs for anything but second winds so I don’t get many RL challenges done.
7: They’re extra bonuses, so they help all builds by definition. There’s no build that requires a certain level of BAR bonus, if that’s what you’re asking.
8: If you want to. If you’re happy playing with no bonuses, by all means keep doing that.

Thanks for that, i’d forgotten about the Slab UHF one. I’ve tried it, once or twice but after seeing a Rocket Jumping Sal just hop up there i thought…Meh.
I remember an Axton build based on very low health and health regen that needed X number of BAR points to get the appropriate health value, and now that i think of it Kreig, like melee Zero might suffer from BAR points also depending on the build, but i don’t don’t know enough about Kreig to say.
I only have a few toons with co-op challenges myself, and never even considered them so thanks for pointing that out, along with the hidden ones.

Krieg or melee Zero could be harmed slightly by the shield recharge delay stat. But after level 50 melee Krieg will always be using a Rough Rider, and even for Roid shields or the FotF he has so many skills increase the recharge delay that the BAR bonus won’t matter much at all. Melee Zero wanting to keep a Roid shield stripped, maybe that could be a problem (though the Love Thumper would do just fine), I don’t play melee Zero so I’m not really sure.

I don’t do Pointman Axton health-gating either, but the only BAR stat that would matter there would be the health bonus. Again it’s hard to see that mattering. No matter how high the health bonus, a turtle shield of OP2-ish or higher will still keep his health very close to zero. Or maybe one can’t use turtles that high because they go below zero? Sorry, as I said it’s not a tactic I’ve used.

Regardless, gear is overwhelmingly more important than any BAR bonuses one could get.

First of all, welcome to the forums!

I absolutely love BAR - I get huge pleasure from checking boxes and completing things. I usually tick off most of the challenges (or the straightforward ones) whenever I visit a map, though I’ve never completed the Slab tower one.

That said, I don’t have limitless paitience when it comes to some of the more… painful ones. I do the grinds like Crouching Tiger for skins but never again! I also tend not to go back into normal and deliberately farm them - it’s just a way I sometimes structure combat.

I think my BAR is approaching 200000 (although that’s slightly skewed because when I reach OP8 with a character, I copy the save file so I can have an OP3 version for solo and an OP8 for coop. That’s meant I’ve earned a few thousand extra when I dip into an OP8 toon because I might complete half-done challenges twice).

I stopped spending my tokens at about 20% - this oils the wheels of normal combat but I don’t want to steamroll! And I turn them off when I want a bit of extra challenge.

Thanks for the welcome.
I first started challenges with my young son. I’d do the fighting whilst he did Vault Symbols and other stuff he thought was fun, and it kind of became a habit on first playthrough. His favorite was the Happy Pig Motel one and the bubbles in Caustic Caverns for the same reason.
I can think of a few i just don’t bother with, jumping over the lava in Eridium Blight comes to mind, but it’s just a habit even though i don’t use it, which might be stupid or just a waste of time i guess

Thanks for stopping by.

My BAR is at a straight 25% across the board, mainly due to each of my O6 VH Prestige(ing) it twice. It helps get my mules to Sanctuary w/o having to worry too much about gaining levels (although since I started PL my mules, that has gone out the window

). It’s a mechanic for you to use if you want but it’s not needed, although when encountering some of the more difficult raid bosses even the slightest boost can make a difference…

Cool, i’ve had mules that turned into toons i play also, like the Maya i mentioned i used just to get all the challenges (excluding co-op), and i think i prestiged 2 of them so far. And your right about making a difference too. My first Kreig i recently got to OP8 would probably loved some extra help, but as i mentioned earlier i don’t know if it’s a good or bad thing for him.
Thanks for sharing your thoughts

I just read your post (Mar 16, What did you do today in Bl2) about getting the Vault Symbol in the lair of Terramorphus, and had always wondered if that was it. And obviously it’s a co-op thing. Another little Bl2 mystery of mine solved. Thanks

Ah yes, never thought I’d manage that one! It’s easier in coop (though still needs a lot of luck) if you jump forward just after they open the gate for you. It is possible to get Terra’s tentacles to throw you up, but not easy!

My post was wrong though, because you don’t need to complete that to get the ‘Challenge accepted’ achievement; the achievement describes all ‘non-level’ challenges but I discovered that actually means non-map, so it’s a bit easier. I still love doing map challenges though.

Ok, i attempted the tentacle thing, and just standing on the spots where he appears from under ground but just kept dying and even thought there must have been another Vault Symbol for a while, and the one near the trap door was a decoy. So one person jumps down and the other can stand on the trap door correct? Then get the symbol just as the gate opens. Cool, glad you could cross it off the list, and good luck with the rest

My BAR is 43284, and everything is at 11.5%, or higher. I keep it on because I like having the extra bonuses, even if they are minuscule. When it comes to that shotgun challenge, I’m just gonna assume it unlocks after Open Wide! is complete since that’s the only shotgun challenge I’m not done with (I am on level 5 though. Only 328 more point blank shotgun kills to go!).[quote=“hattieinduni, post:17, topic:1562067”]
I discovered that actually means non-map
[/quote]

So does that mean that I still have to kill Master Gee’s bitch ass to get that trophy? If so I’m gonna be there for a while trying to crush him with the gate. That fight takes way to long the normal way.

So does that mean that I still have to kill Master Gee’s bitch ass to get that trophy.

No, I don’t think so. It’s basically all the challenges that relate to your character’s proficiency rather than any particular maps, so things like Shotgun kills, loot collected, vehicle challenges. There’s a full list here: 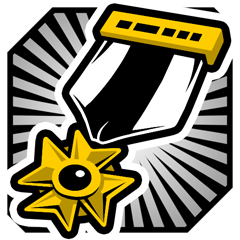 Challenge Accepted is an achievement requiring the level 1 completion of all non-level-specific challenges with a single character. While the achievement says "level" it's referring to all location-based challenges. Challenges with parentheticals...

The gindy bit is because some challenges need high levels of completion in other challenges in order to start getting them, so iirc to start counting critical kills with shotguns you have to get loads of point blank kills. Jimmy Jenkins also needs to be killed, and as most people know the best way to do that is farming the four boxes in the Wildlife Preserve with Doctor’s Orders open.