Running a loot hunt for Battleborn has been on my todo list ever since I first heard about them from the Borderlands community. Given this is the 2nd Anniversary since the game was released, I felt it was finally the time do it!

Unlike the Borderlands version, there will be no spreadsheets! Instead all you need to do is register for the event and tag your screenshots on your platform of choice. 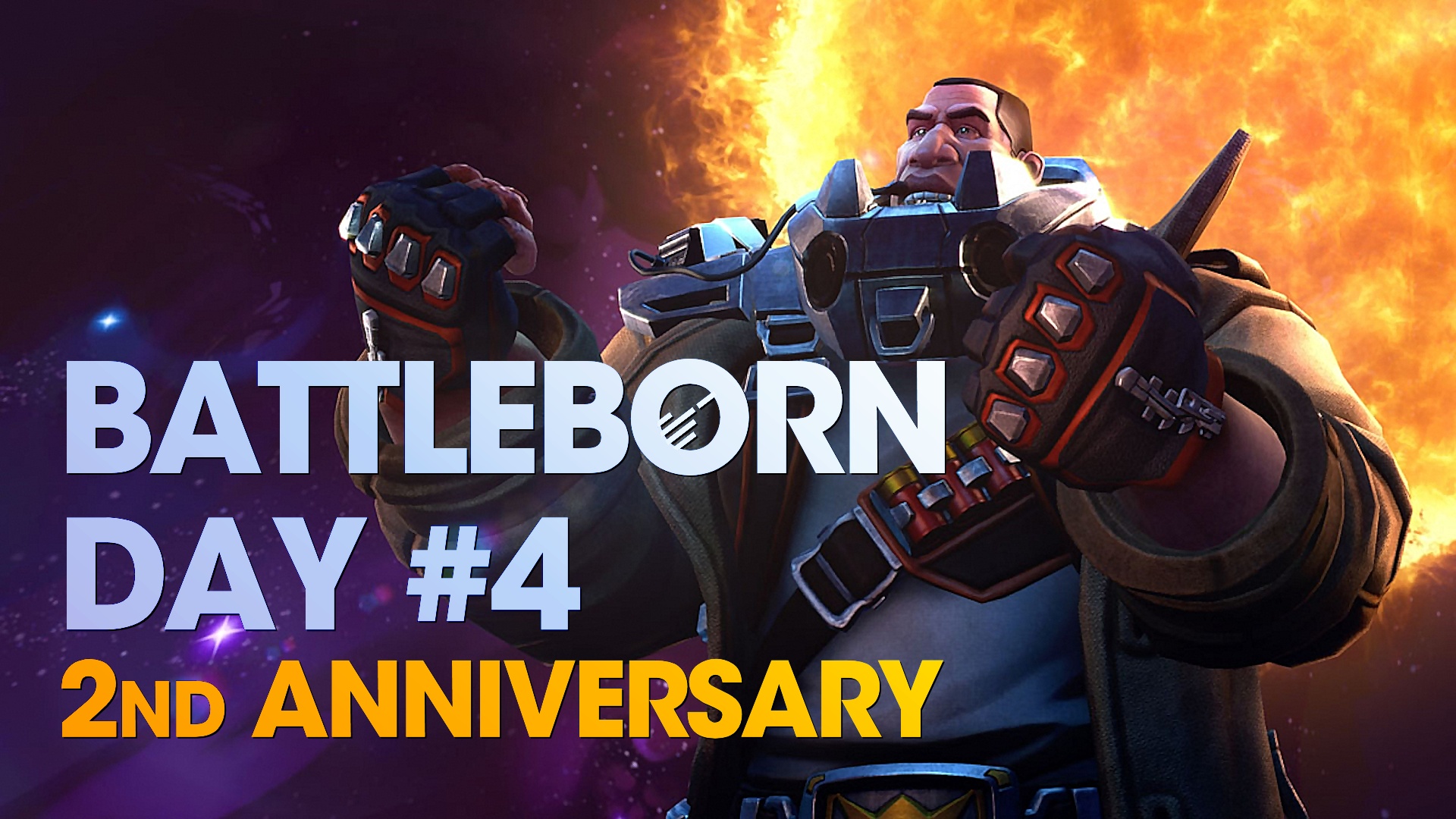 May 3, 2018 marks the 2nd Anniversary since Battleborn was released, when a group of individuals from the 5 factions banded together to fight for the last star. To celebrate, the community is planning a special Battleborn Day event held on the...

Update: Posted some more info about the Loot Hunt in a tweet thread. 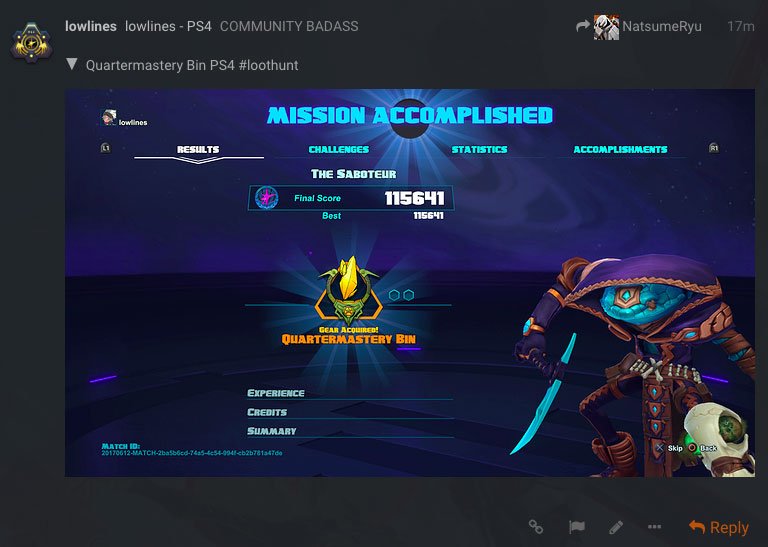 Now that I've had some sleep, let talk more about the #BattlebornDay Loot Hunt. I'm not a fan of spreadsheets and my hopes for official @Battleborn APIs had fallen through, so I decided create a bot that watches Twitter, Discord and the GBX Forums for valid user submissions. 1/

I’ve set up a modified Magnus AI that tracks your submissions and adds them to the database. I don’t know how it all works honestly!

You’ll be on the hunt for legendaries that drop from bosses in story missions. Getting doubles will still get you points, but you’ll get diminishing returns so you’ll want to obtain as many unique legendaries as you can over the course of the event!

IMPORTANT: This thread will be locked by a moderator until the event starts to limit the number of posts the bot will need to check when it gets turned on. If you wish to discuss or ask questions about the Loot Hunt or any of the other events being held during Battleborn Day, feel free to drop a comment on the Battleborn Day thread.

Original Post: April 5 Update #1: April 20 Update #2: April 30 Update #3: May 1 Announcement Video - Battleborn Day Overview Update Video - Lore Quiz, Lootpacolypse, login rewards, more Hey Battle Buddies !!! May 3, 2018 marks the 2nd Anniversary since Battleborn was released. To celebrate, the community is planning a special Battleborn Day event which will be held on the following weekend starting on May 4th till May 6th. Join us during the festivities as the ‘Battleborn Day’ team …

And so it begins!

The Battleborn Day loot hunt is live! You now have exactly 1 week to rise to the top of the leaderboards and show everyone how much RNG favours you!

You can submit drop via the forums by replying to this thread (below is a quick example). Make sure to use the Hide Details tag to comply with forum submission guidelines! Note that if you include any extra text in your post, the bot will treat it as invalid! Feel free to contact me if you are having issues.

You still have some time to signup, especially if you want to earn the special "Legendary Looter" sticker for the Bro Certificate! However, once the drops start coming in, I will be closing it off!

Because loot. And pve

I’ll be back with the goods soon

Just remember it’s a separate post for each drop! The bot will not go back and check posts it has already scanned, and it also checks this thread every 60 seconds.

I can’t keep updating one post? And a separate post for each picture or can I bulk them together?

1 post = 1 drop
Otherwise it’d get way too complicated to scan and detect when one drop starts and another drop ends.

show everyone how much RNG favours you!

I sacrifice two goats and a virgin to RNGesus everyday. That’s how I have gotten 9 Kulve Taroth gems in MHW so far.

I probably won’t bother with the loot hunt myself, but I’ll join some of my peeps that are doing it for the sake of talking ■■■■ and memeing with them.

Oh man! It’s on! You are the second person to submit drops to the loot hunt! I’ve gotten a few from Discord a few minutes ago!

You are the second person to submit drops to the loot hunt!

Only 2nd? I really have to step up my game!

Gonna enjoy this though. It’ll be fun to have a reason to go back and do PvE again rather than doing it for the sake of doing it.

I’m curious to see how many unique boss drops a person can get in the span of a week. Kitru told me it was extremely unlikely to get them all.

Kitru told me it was extremely unlikely to get them all.

Indeed it is. While some legendaries such as ISIC’s Firmware update have high drop rates, some like Boots of the Brute have abyssmal drop rates. Took me ~55+ runs to get my first piece. I already got all unique legendaries that are scored in this (too bad it’s not applied retroactively!), but I’m hoping to get max roll versions of those I don’t have max rolls of. Need to go through to check which ones they are, but Boots of the Brute & Song of Vigor comes to mind. Most other of the non-max roll are unfortunately from packs.

Btw I just checked, you had a stray “w” in the Veil Manipulator submission. You’ll need to resubmit it to count. I could have coded the bot to be more lenient with the submissions, but opted for clean submissions just in case random posts (ie twitter) matched a drop. You can use partial names of gear, just no extra characters.

Btw I just checked, you had a stray “w” in the Veil Manipulator submission. You’ll need to resubmit it to count.

Thanks. Good thing one of us is payong attention!