After doing plenty of reading lately and being more than disappointed with Take-Two and 2K’s readiness to disavow any game that isn’t a smash hit, I’ve been trying to think of a way for the devs at Gearbox to continue to build onto a project that they are clearly passionate about and for what has become our tight-knit community to be able to give back directly to the company that has put on its earmuffs from bad news and charged ahead with a good faith effort to continue to provide a great product. Maintaining relations with end users is huge for game developers, it increases retention and builds loyalty to products and brands, and I don’t find Gearbox to not be putting in the work to do right by its players in spite of circumstance.

The unfortunate reality is that we likely won’t be seeing any new content outside of the announced first season DLC cycle due to where the population sits and the assumed lack of profitability from producing free content and the game now being sold at discounted prices. This doesn’t mean no one is playing and it doesn’t mean the developers have to stop supporting, however. Without proper industry knowledge of IPs and publisher/dev relations, consider exhibit Skullgirls. Skullgirls is a 2D fighting game developed by Reverge Labs and published by Marvelous and Autumn Games. The game was released through the PlayStation Network and Xbox Live Arcade in North America, Europe, and Australia from April to May 2012, and later received a Japanese release by CyberFront for the PlayStation Network in February 2013. A Microsoft Windows version, developed by Lab Zero Games and co-published by Autumn Games and Marvelous, was released in August 2013. A Japanese arcade version,...

This game was a fighter that was actually a lot like Battleborn in that it featured extremely bold characterization and art and fast paced gameplay from a company that really cared, but unfortunately didn’t catch on with everyone and also suffered from lack of promotion or support from the publisher. The team behind it still had story to tell and content to deliver, given the opportunity, so they created an Indiegogo… 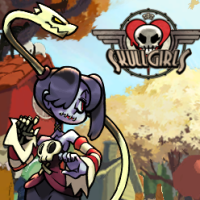 … which their player base and community literally blew out of the water at nearly 6 times their funding target. To be fair that’s an atypical weight-loss success story, but it allowed the developers to put the fate of what they loved in the hands of the community, who responded in kind by supporting the team that created something they enjoyed.
[See also: Awesomenauts, but for different reasons… I also have admittedly unfair beef with Ronimo over publishing issues that were fully out of their control]

I don’t want to believe that we’re looking at Beatrix and done, but it certainly seems that way at the moment. Gearbox could be ready to drop what’s in the pipeline, brush off their hands and say we tried and move on, as they are no strangers to success and critical acclaim and they’ll find it again. However, if there’s some big curveballs in the machine of a ranked/draft retool or a F2P mechanic, I hope they’d consider leaving it up to us to keep the game moving forward. Dropping new characters #31-xx and other content in a Kickstarter or Indiegogo, providing backer exclusive skins and timed releases while eventually opening up the new stuff to the whole playerbase as a secondary earning opportunity might just work, and there had to be Gearbox team members with killer ideas on the cutting room floor who would like a shot at putting them back together for the players who’d like to give them a chance.

No, the skins prices are more than enough to warrant better future dlcs

I wouldn’t hesitate to throw some money at that

I’d back this for at least 50$. Maybe even more if I’d have some spare money. (And I’m someone who has the digital deluxe pre-ordered for Xbone, and the game for both PS4 and PC. On Xbone, I think I’ve spend 40 on skins? Something close to that.)

I hope they’d go with Kickstarter since that is slightly more popular. Man, I really hope this will happened. GEARBOX PLEASE!

i’ve been giving over 100+ on this game, if it makes it last longer and more content hell i’ll give 100+ a week for that.

Oh man I love Skullgirls. What a great example of a unique, diverse game that wasn’t ruined by a big name corporation. The game looks and plays great, and is a good example of how the general public can support a game. It still gets some tournament play alongside the Street Fighters and Mortal Kombats of the world, and enjoys a following a few years after it’s original release. It would be great if Battleborn could somehow get public support to keep development going.

Heck, I’d be down. I’ve already bought a fair truckload of platinum in my attempt to support the decs a bit further, but this seems like a great idea.

You could take it in any number of directions really… as small as backer skins/titles or the other half of fresh character dialogue that isn’t currently in use, up to original art of choice character from original concept artists, online writing session with team, pitch em a joke, dev for a day visit to the office, professional voice acting ADR experience…

Shut up and take my shards!!!

If they made a crowd funding choice, it’d be guaranteed to go to the devs for more content. Otherwise, 2K gets money from skins

Exactly! But still i would buy skins that i like

I’d definitely invest in this! Also, i’d happily pay another $100 just for offline story and ops play, so that the game technically CAN’T die. Anyone with me?!

Well at least these newest patch notes show they aren’t giving up, and maybe even putting more work than necessary into it [if they’re updating the UI and select screen and such]… Randy did just do a video with MentalMars on cutting room floor stuff and it sounds pretty final as far as 31+ goes, one would think they would refer to their most advanced prototypes for further development and it sounds like that’s not happening.

Either way I have a new sense of optimism about the the direction of things and remain hopeful for the future.

Did anyone @Jythri in this thread yet? If not, he should take a peek.