I noticed from different Videos, that the unlockable skins only Change the color. Why Not, like in Overwatch, Skins, that Change the actual look of the character? And don’t say Things like “we can’t Do it, Because we would’ve to change the hitbox”. I don’t believe you on that, since the Hitbox is already significantly bigger, that the character. So Maybe put some fancy Skins in it.

Here’s the previous skins should do more than change colors thread. Hitbox adjustments were definitely part of the discussion.

there will be 3 tiers of skins

Skin type 2 + 3 are not in the Open Beta or Early Access.

Many years ago I read an article on the design of the TF2 characters. One of the objectives was to make the outline of each of the character classes distinct from one another, so each type could be identified easily during combat.

I can see that radically changing the appearance of BB characters could detract from the level playing field GBX are trying to create for PvP.

You have a source, Buckeroo?

Randy Varnell is the Creative Director on Battleborn
Kalo & Bahroo have been playing with the devs during the early access for the last 3 weeks.
Yes to everything @Psychichazard said

about me
For those who are new and don’t know me. Since the announcement of Borderlands 2 i’m a active member here on the forums. I started making Borderlands content on February 28, 2012, I started making Battleborn content 2 days after the announcement on July 8th 2014. I’m a very active community member ever since and have been awarded GBX Community Badass, My website is currently one of the places to go for this game and it is supported by 2K Games. Gearbox & 2K Have been very kind to me by letting me play the game ahead of time at Gamescom, 2K Office in Holland, 2K Office in England, and providing me with an early access copy.

Here is my business card 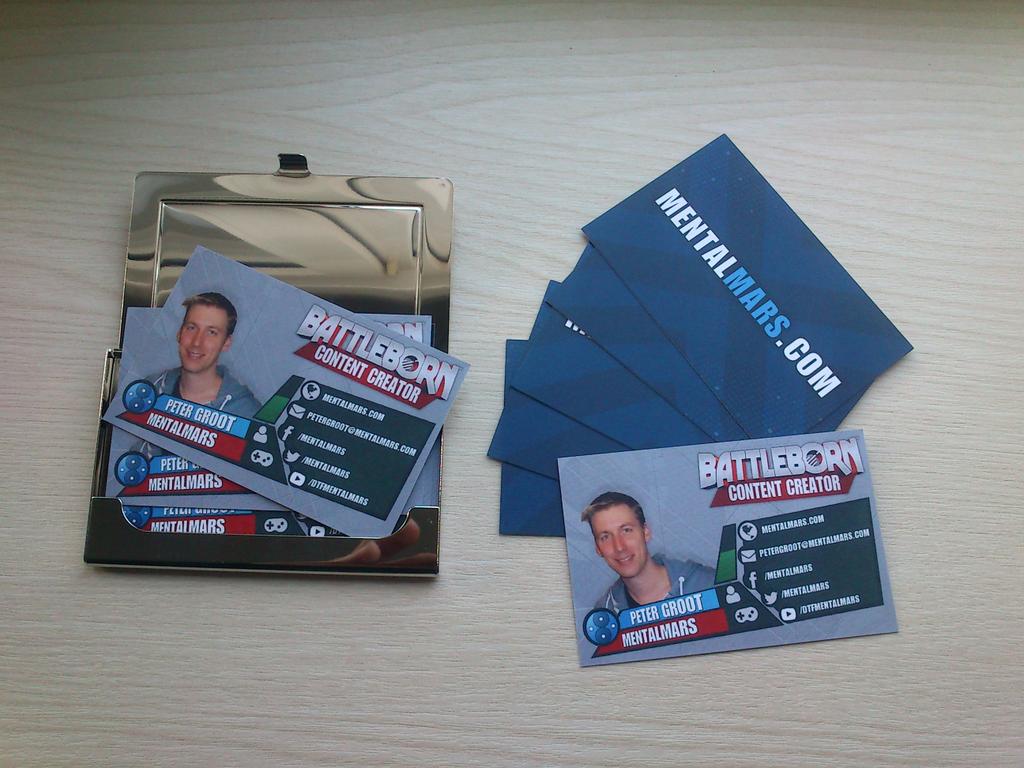 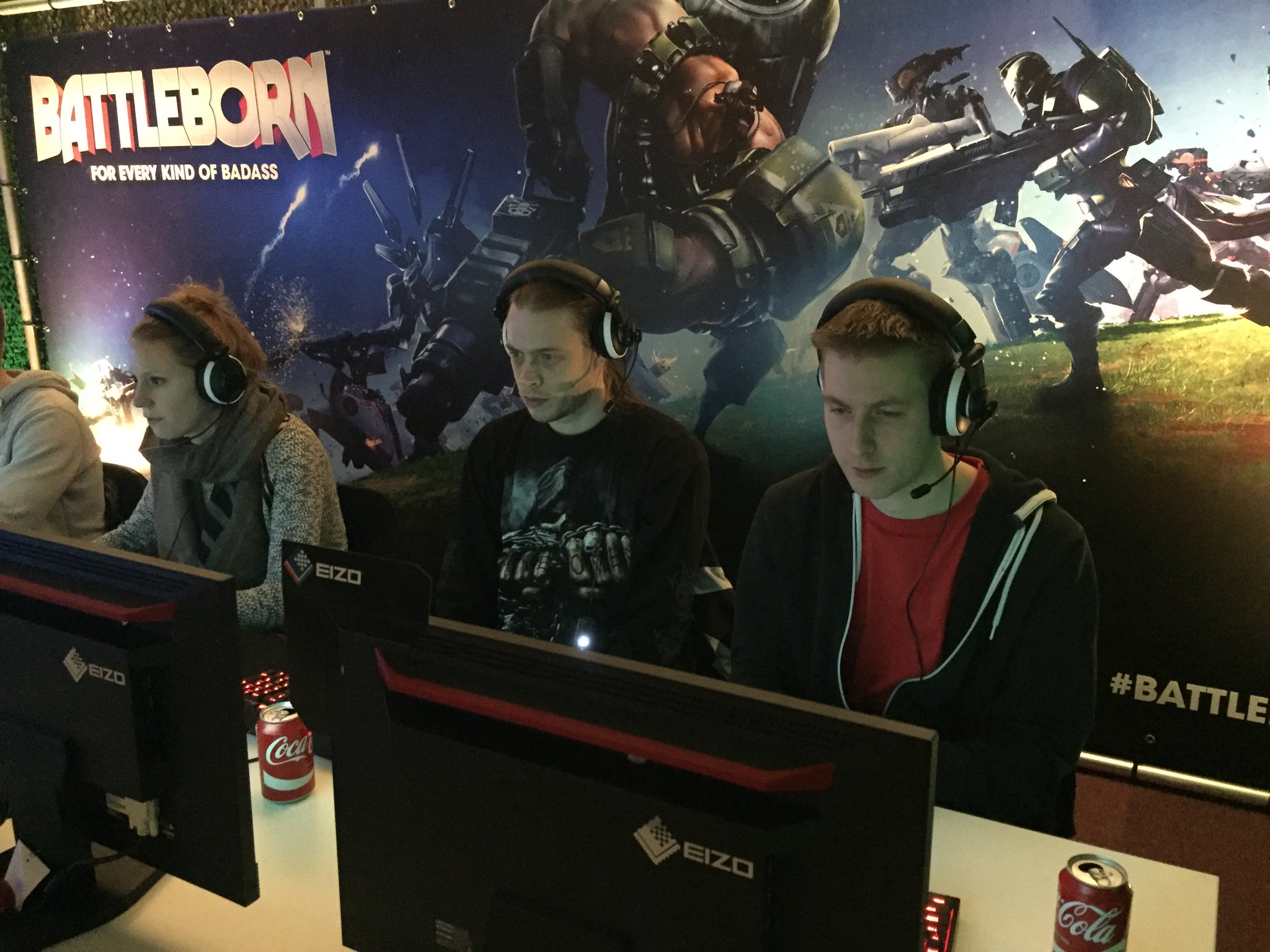 .@MentalMars los met #Battleborn! For Every Kind Of Badass!

Here am i with Randy Varnell (Creative Director on Battleborn) 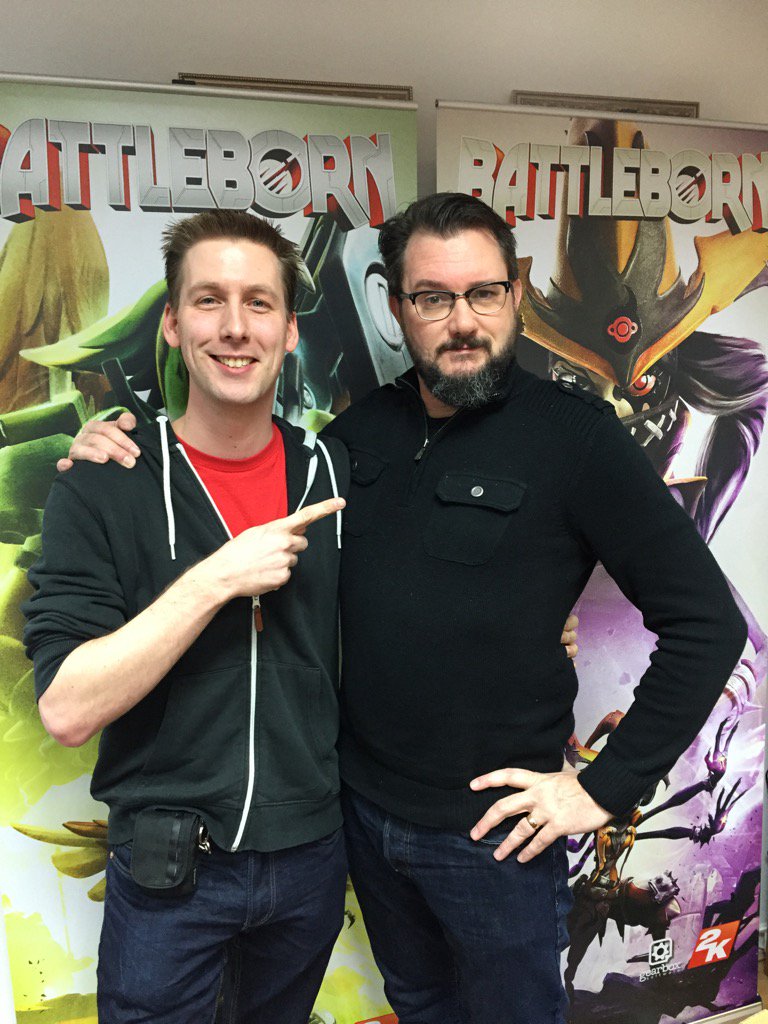 You’re kinda new here, so I’ll just say a couple of things. @MentalMars is as reliable a source as you could ask for. I understand your request for a source, but Mental Mars has put a huge amount of time into supporting this community, spreading info, and promoting and researching this game. I’d vouch for the fact that he knows more about BB than any other non-gearbox user here.

He has had a lot of contact with the devs and 2K. He doesn’t make stuff up.

Also, please read the forum rules, as ‘lol’ doesn’t actually contribute as much to the discussion as you might think. Thanks.

@MentalMars is the man. He’s on point.

After playing the beta when I was in practice mode I saw a few tier 2 and 3 skins hopefully they expand more on that. I also think a lot of people got mad about the skin choices because of what skins were advertised. I hope this game does well. I would also add that yes these skins could still be better but i guess there going for distinct charter looks.

@MentalMars is as reliable a source as you could ask for. I understand your request for a source, but Mental Mars has put a huge amount of time into supporting this community, spreading info, and promoting and researching this game. I’d vouch for the fact that he knows more about BB than any other non-gearbox user here.

Can you give him “Community Leader” status on the forums then please? People on the internet are known for making things up and knowing the source of information is approved by the moderators and devs would really help with any doubts.

He was one of the first community badasses here. He may or may not choose to display that as his title, that’s up to him.

I have a crazy idea. Animal skins. Every character gets a skin that makes them look like antropmorhic animal with thier normal armor. And Toby’s animal skin should make him a human toddler.

no anthros please. two things scare me out of the internets, it’s furry pr0n and pregnant gokus. please don’t do either.

Fair point on the furry thing. But Toby should still get a human baby skin

Toby should still get a human baby skin

id prefer a pug. human babies are not funny enough.

They are when they tell you to go ■■■■ youself in a mech suit, as Toby tends to do

They are when they tell you to go ■■■■ youself in a mech suit, as Toby tends to do