Best generic weapon type/title for each gun for each manufacturer? Looking for a list

I have been searching high and low to no avail to find a master list that answers a relatively simple question. When it comes to farming loot I have found any blue or purple (sometimes even greens) with the proper parts can be amazing and surpass many legendaries, uniques, seraphs or pearls in quality. However, I also know that each manufacturer makes a variety of weapon types within any one gun type. For example, when it comes to hyperion smgs, hyperion produces the following gun names, each of which-even with identical parts between all of them-would have totally different starting stats:

As I read the wiki and investiage different weapon titles (for example comparing the “Prescence” to the “Wellness”) I often come across info on the wiki stating things like “always one of the weakest hyperion smgs” or “one of the top generic hyperion smg types”.

So basically my question is this- is there a master list somewhere that states standardized stats betwen weapons of otherwise identical parts? Or put more simply, is there a cohesive/simplified list of the best specific generic gun types for each manufacturer and each gun type? It would be really nice when a boss spits out 20 blues/purples to know whether a specific hyperion smg (or any other non unique weapon) is the best of the category or the worst. It is easy to look at the weapons parts to see if it’s a specifically good version of that gun title-I have found great infographics for that. But what I cannot simply find is a basic list that tells you “here is the best maliwan pistol type” or “here is the best torgue shotgun type” within_emphasized text_ each manufacturer.

Hopefully this makes sense! Thanks in advance.

That is one tall order. The best I can offer is :

That only goes to level 50, but the stats ( other than damage ) will be correct regardless of level.

Vault Hunting 101: An Intro to Weapon Parts & Names Note: This post is a port’n’merge of several posts from the old forum archives that were featured in the original “Lootology 101” post. This includes parts of: Skyline’s original post for the Part Spotters Guides in the BL2 Vault of Marvelous Gear (sites no longer available) Loot Turtle’s comprehensive List of Gun Prefixes Loot Turtle’s comprehensive List of Gun Titles Loot Turtle’s original tables of gun parts (hat-tip to @Poisd2Strike)… 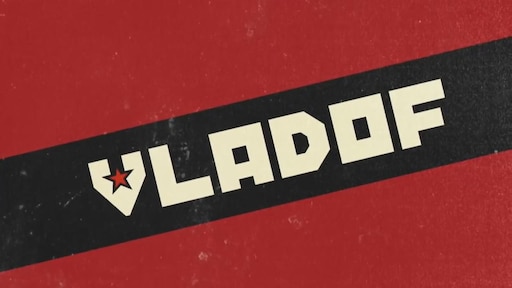 Weapon Parts Charts (images). Use these to find the best combination of parts for each GUN type and their impact on your weapons. It's not just about the weapon color, or the weapon level! It's about

Maybe @VaultHunter101 can work some magic.

There’s no such thing as best - that’s why.

I think you’d be better off focusing on the effects of the weapon barrel in this case. The barrel determines the name, after the manufacturer is generated. And for some special cases, like the backburner, wellness, etc the element is the deciding factor.

There’s no such thing as best - that’s why.

This, some of the top gear lists have some specific purple guns listed. But it’s mainly based on the barrel

Yeah, I interpret the OP’s question as “what is the best barrel for each Manufacturer+Weapon_Type?”. Which I think is answerable. As a starting point I’d expect matching to be good, i.e. Muckamuck for Jakobs snipers (yeah, kind of poking Jefe the Diaub-lover here - Diaub is really good too of course!

I bet there are cases where non-matching is best. Shotguns are an obvious case, of course.

But honestly I’ve never found these differences (again, aside from shotguns) to matter very much. If I’m looking at Maliwan snipers, a Snider would be great, but a Corinthian, Jericho, or Rakehell will still do the job well.

And weapon quality matters more than barrel/name. For example the Longarm is considered one of the weakest Jakobs pistols, but RNG has given me quite a few purple Longarms at various levels and zero purple Irons (in fact I think I’ve only ever found one blue Iron). Purple Longarm >>> green Iron.

When I look at a loot pile, I don’t ask “Is this the best possible version of that type of gun?”, I ask “Is this better than what I have for what I’d use it for?” or if the character doesn’t really use that gun, “Is this good enough that another character might want it?”.

For general use, Pounder (DeputyChuck has a great thread about shotguns in the TPS forum; it applies equally well to BL2). If you only use the shotgun right up in someone’s face, Ravager.

I don’t generally use these, but probably Aegis with Maliwan barrel (Aegis name covers several possible barrels, apparently). I could see a case for the Umbrage as well. But again, if you’ve found a purple Maliwan pistol of the element you want, you’re in pretty good shape regardless of the barrel.

). But then , you already knew that

heh - I love the opinions in the “encyclopedia” entries for weapons in the wiki. It’s free though, so I can’t complain. I’d second that gearcalc site though if you want to see very distinct weapon part alterations.

There is no such thing as “best”, true, but let me see if I can better explain myself.

Let’s use vladoff pistols as an example. I know simply from personal experience that an anarchist is usually going to be the best gun type in this subgroup- looking at parts I know it’s because what makes vladoff pistols excell is thier high fire rate and any anarchist that drops had to spawn with a vladoff barrel. Additionally, I know from experience that the vladoff pistol “TMP” usually sucks- even though it can spawn with any (non-vladoff) barrel. My point is that both guns will function in essentially the same manner- but that with otherwise identical parts an anarchist will soundly outperform a TMP every time without question. And when it comes to looting lvl 72 purple pistols (for example) I know not to even bother checking the parts on a TMP because even with perfect parts it will likely be worse than an anarchist with mediocre parts and will always be much crappier than an Anarchist with great parts.

Perhaps a better example since they share the same barrel- a TMP can spawn with a hyperion barrel but will always be inferior (assuming otherwise identical parts) to an Assasin which is also a vladoff pistol that spawns with a hyperion barrel. So hypothetically you could see an assasin and a hyperion barrel TMP both drop with EXACTLY identical parts. But one of them is going to have better starting stats. I do get that maybe one would have higher damage but worse accuracy or something but that’s exactly my point- I’m trying to find something that allows you to compare the two assuming identical parts (or, let’s say, without any part bonus/penalties, ie the weapon in it’s “natural starting state” before the game assigns specific parts that boost/lower all the specific stats)

Does this make sense? This question came up because I’m about to hit 72 on my first character in a long time and it’s hard to justify keeping any non-unique weapon unless it’s BOTH among the best parts, AND among the best versions. Doesn’t mean I wouldt take a TMP with good parts if it drops when I’m level 20. But when it gets to endgame, it would be nice if I had a list of what to skip and what to take a second look at. If I see a purple TMP drop I’ll probably skip even looking at the parts because I know that I’m not gonna keep anything but top-tier purples and that a perfeclty-parted anarchist will outperform a perfeclty-parted TMP any day of the week.

I guess a better way of saying what I’m trying to say is which “body” type of each manufacturer/weapon subtype has the highest starting stats assuming identical parts? I understand that judging which stats on which weapons makes them the most desirable is a fundamentally subjective concept. Yet, at the same time, I believe that an assasin will have higher stats accross the board than a hyperion barrel TMP. I was hoping for a list that would cofirm this- something that has a list of standardizes starting stats so one could be compared to the other.

Thanks everyone for all the replies, I truly apprecite your insight and knowledge!

Edit to add the following-

I tried using the gear calculator but for some reason the dropdown menus won’t work on my phone. I’ll try later on my laptop.

This does list the stats for every unique/legendary, at lvl 50, 61, 72, and OP8 which is nice for reference but not helpful for generic blues/purples.

Using the Vladof pistol as the example :

Good question, and one that can only be determined by experimenting with the gearcalc, to my knowledge.

Worblehat’s suggestion that a matching barrel ( Jakobs barrel on a Jakobs “body” ) is generally going to yield good results is a sound one : Droog , Iron , Muckamuck , Ravager , Snider are all generally considered to be amongst the best possible versions of that manufacturer’s weapon. I can see the collective shuddering of other forum members in that statement though as this is a very narrow view.

In some cases there are intangibles like recoil and recoil recovery.

Correct - it doesn’t work on mobile.

Best barreled variant? If that’s what you mean then get a torgue pistol with a vladof barrel(injector). By far best non unique torgue pistol.

I tried using the gear calculator but for some reason the dropdown menus won’t work on my phone. I’ll try later on my laptop.

It works on mobile, you have to tap the dead center of each drop-down box, NOT the arrow on the right

Having a matching barrel will give the gun additional bonuses with a few exceptions.

Tediore pistols don’t get the bonus, no shotgun gets that bonus and I’m not sure Vladof ARs get that bonus with the spinigun barrel.

You can probably use this as a good rule of thumbs for most guns.

There are a few notable exceptions. Jakobs snipers are also great with the Vladof barrell for example.

I’m sure everyone here has their personal non-matching favorite.

I personally think the Jakobs barrel on Dahl snipers is the best.