@MentalMars and I have been working on a database of everything the community has found in all the Borderlands 3 trailers and marketing materials to date. So if you don’t have the time to go sleuthing yourself, or want to confirm that you have already sleuthed all there is to sleuth, this tool might be useful to you! 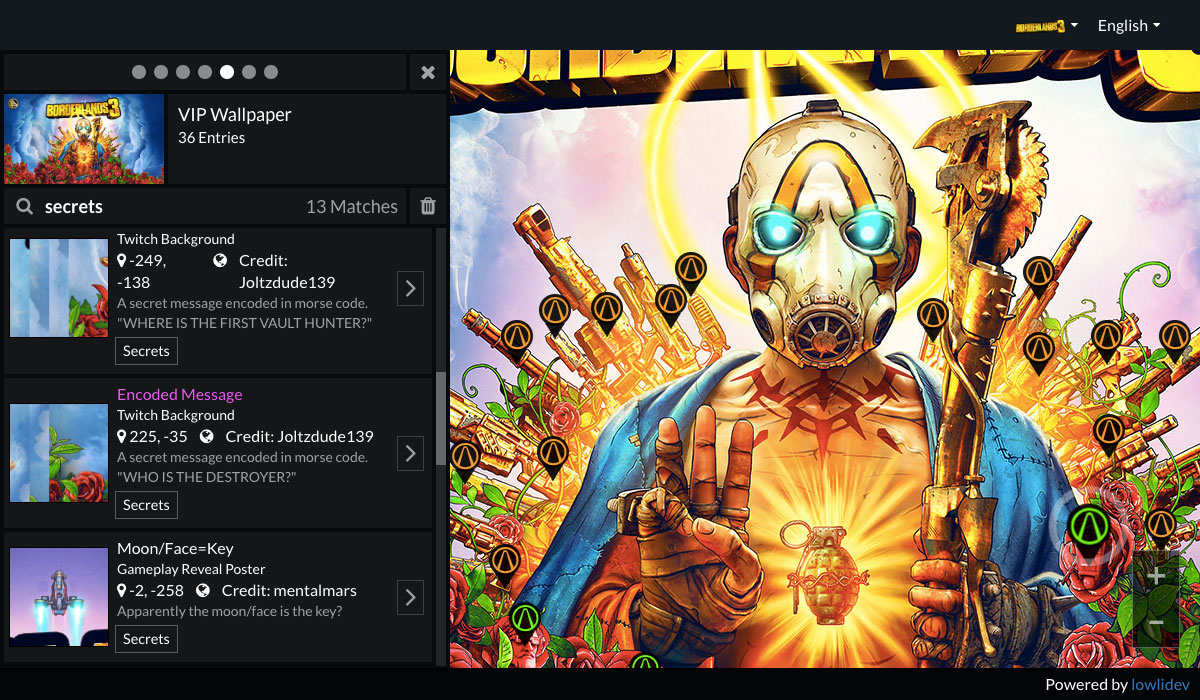 A database of community discoveries found in Borderlands 3 trailers and marketing materials.

Feedback is welcome and if you do happen to find something not in the database, feel free to point it out and include either the video offset (in seconds) or the x, y coordinates for map based images (hovering your mouse over the map will display this info).

I’m probably going to set up a google form so folks can submit their findings, but I’ve been very busy as of late and only just got all the pieces together to release this baby!

wow, did you make the website? it feels really well made.

That’s @lowlines site, yes. Check out some of the other features, like the skill tree builder that covers all three current Borderlands games, or the Battleborn stuff.

You can see what the new ammo and health vending machines look like at 3:01

At 3:02 you can see the new siren playable character using a phase lock ability with her large siren fist underneath it

At 3:05 you can see 4 green rarity pistols in a chest which show the new loot rarity beam and a couple frames later you can see that the player is sliding while shooting, confirming that as a new movement mechanic

At 3:06 you can see a explosive barrel with the new damage type’s (radiation) symbol on it (to the right of the chest)

Also throughout the trailer you can see different guns shooting purple projectiles despite Randy Pitchford confirming there is no slag, my guess is that they changed the color of the shock element to purple (it does look more like lightning now) so it wouldn’t be confused with cryo damage

I must watch a lot more youtube videos, most of those things have been noted by one person or another. One thing to note about the wrist mounted weapons is that they seem to be specific to Atlas. I believe there was some verbiage out there wheres that feature is mentioned specifically. 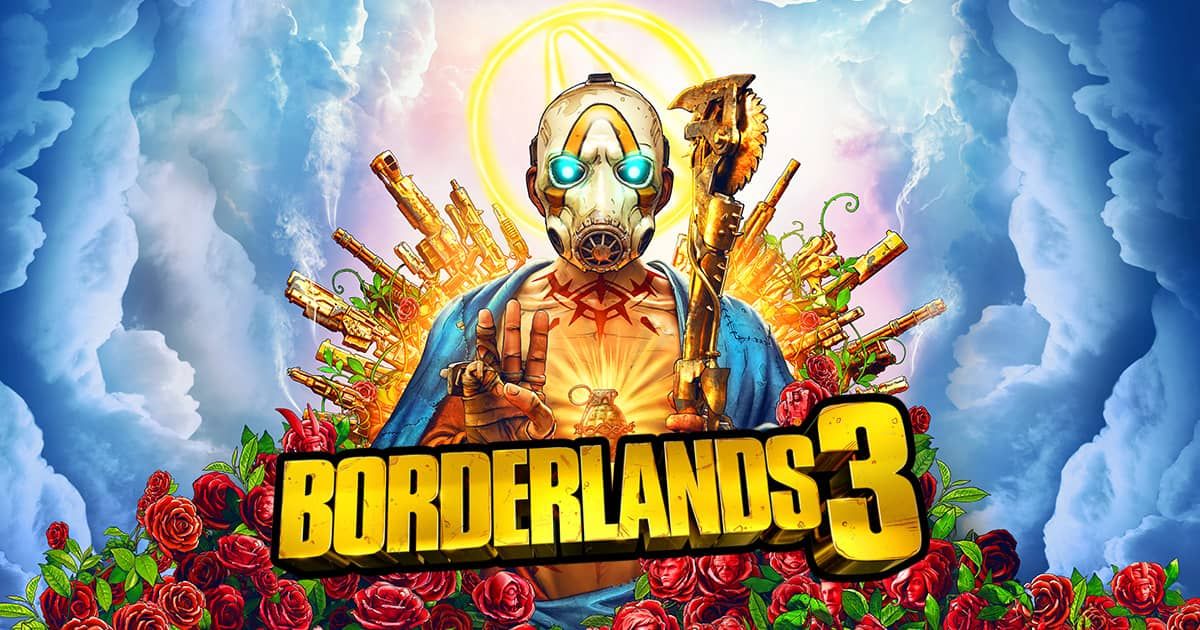 Vladof has modular weapons that allow mounting various extra barrels, and elemental types may not be limited to certain weapon types & brands anymore.

Also, the bottom right weapon type looks like a proper chain gun that would be hip mounted. A few brands seem to have these. In the case of these secondary barrels shown it looks like the first is a silencer, the second a grenade launcher, the third a rocket launcher, and the forth an alien type in line with the bio-mechanical style for Children of the Vault.

Speaking of Children of the Vault, they seem to be a blend of Eridian and Etech. The purple projectile color may correspond with alien energy weapons that don’t slag, like no elemental E-Tech in BL2.

The new gun designs make it harder to tell what some of the types are, especially Hyperion and Torgue. Upper right gun, Machine Gun or Assault rifle? And are they still explosive only???

Sounds like they will be using the sticky grenade mechanic as one of their firing modes though.