Holy Hell. That is uncanny.

Dameon Clarke as Handsome Jack
i wont watch the movie if he didnt take the role…like never!! XDD 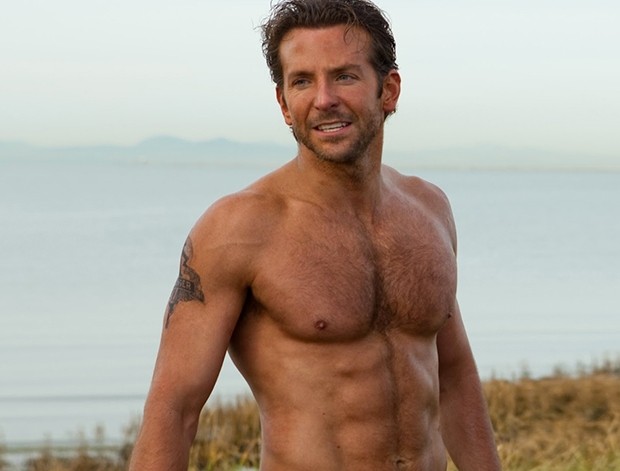 daym i think i already have an allergy on Depp because of such suggestions! don’t wanna see films with this lowpoly celebrity anymore! Pirates of Carribean was cool though… and i liked the Lone Ranger… but now I don’t want to see Depp at least for a decade!
AFK for a sec, i need to puke.

We do not puke. It is a metaphor.

oh lord, there’s no heaven. Can’t believe @Kitty_Jo could say something like this

Even if Depp will be chosen on role he could manage with, it’s still nothing good for the film, because It is weird to waste the entire budget on Shade. You know how much these celebrities cost.

I’m so PYST! WWWHHHHYYYYYY suggest random celebrities when Mordecai has an innate badass Actor!?
Tall. Strong. Imposing. Like a panther panda with Otter-eyes

for all these years, he further honed his image and mastery and become even more PERFECT MORDECAI.

Julio Cedillo.jpg561×687 58.4 KB
Holy cows! Look at these gray hairs in his beard - just like on ingame texture! (Just shave off the mustache and glue them on protuberantia mentalis mandibulae – perfect!)
Actually I’ve already wrote some long posts on the same theme because
I’M GOING TO PUT MY P4IN IИT0 YOUЯ SOUL5!

If they made a Borderlands Movie...Who should play Mordecai?

I just feel weird that nobody even mentioned the only person who can perform Mordecai CORRECTLY.
Especially if his visual appearance no less expressive and unforgettable than his voice.
Okay, I say. Only Mordecai himself (I mean Julio Cedillo) as the hunter, OR DON’T EVEN MENTION THIS CHARACTER IN THE SCRIPT!
The same applies to future Borderlands games! NO Mordecai without Julio!

the point is - Mordecai belongs to type of characters who originated with participation of actor (like Ellen Ripley performed by Sigourney Weaver in Alien film series, or my favorite MARVEL superhero Phil Coulson performed by Clark Gregg)

attempt to recast such character instantly breaks down the suspension of disbelief for the whole story. But it didn’t happen with Borderlands series YET because of funny combination: In order BL2 could happen so Mordecai didn’t interrupt moral decay of series and other bad influence on children or become murdered, the character was sedated by writers to almost dead state, (which after a while doesn’t require direct involvement of the actor; so in BL2 developers could just put a silent ragdoll somewhere in the corner without any “mordy guy” simulation) but all characters performed by Senor Julio receive a special ability to remain the most lifeful for the Witnesses and other characters till the end of the story, participate in action and dialogues… even in a ragdoll condition.

huh, so that’s why Evil-eyes never-been-alive Uncanny-valley Jack hated Mordecai so much? what a douchebag.

I hope GBX have finished with this horrible experiment, and Mordecai won’t mind to wake up and kick some butt.

and yeah, as I said
don’t pay attention on the title of quoted thread

To not spend money in vain, cast for the Hunter class Primary Protagonist can be used as quality indicator, because True Mordecai never appears in crap :Ъ

@Giuvito, I think the point about who is True Mordecai should be closed - JULIO CESAR CEDILLO.
And Mordecai’s line in this discussion should go to the next level: “in which versions of costume we’d like to see
THE SHINIEST MEAT PUPPET!
our favorite Mordecai in film?”

“Negative panda” is my favorite

but i also thought about “the Skirt”…

the skirt.jpg960×600 143 KB
why not to show both?
Can be also used a lot of configurations of one costume (Including make-up, dust, fake blood, real blood, blood of real aliens and other special effects) to emphasize the plot moments;
for example the one I use in the graphic novel when Mordecai in “the skirt” becomes a little worn out: And what about Bloodwing? Will she be full CGI?
I think animatronic would look much better!

And if Roland wouldn’t have been murdered in BL2 and events of the film would occur long after BL2 i think Roland can be performed by Grandmaster Flash.
and don’t forget Scorpio as the turret!

however, the film should work as the introduction of BL setting, so I think it would be more correct if its plot occurs closer to the beginning (maybe as the prequel to BL1 about fascinating archeology and DAHL/Atlas conflict) and Roland of these times, of course, should be performed by Roland’s innate actor - Oliver Tull.

More local actors will make the film more interesting and memorable. So I quote my old longpost once again:
“I think Matthew Tompkins with his rectangular head would also look pretty badass as one of Crimson Lance or Dahl Legion military dudes.” Or maybe like that Pre-release Roland whose model was used for Zed… Yeah, pick up Matt to collect the set.

Talking about Another Roland, I mean Axton, I was already absolutely satisfied with “British version of Axton”, I mean Lance Hunter (Marvel’s Agents of S.H.I.E.L.D character performed by Nick Blood)

by carrying out this analogy, Commando even ceased to seem to me empty and random as other (not so) playable VaultHunters Volunteers of BL2. Hope we’ll meet his “she devil” ex-wife in further Borderlands games.

When we were walking through BL2 i also thought that Wilhelm the cyborg has something pretty interesting and psychedelic so i could imagine him more detailed with Dominique Pinon’s appearance. But in TPS this character was disclosed like nothing more than evil imbicile, so the idea was WASTED.

And i don’t think any of BL2 characters have to be in film. I think there should be more new characters and some of mainstay from BL1.

By the way, I always wished to see Tom Waits and Ron Perlman in one scene… i think Borderlands is appropriate setting for both!

And I also would like to see Giancarlo Esposito as boss of JACOBS Corporation.

Aaaaand Sharlto Copley can be motion captured for the EYE OF THE DESTROYER!

Chris Pratt in some way kinda like his magnificiemt 7 role

I could definitely see Walton Goggins as Scooter.

He already has his own crazy Borderlands style gun!

Please find a part for Claudia Black, even if the character doesn’t look like her I love her voice.

Damn! I didn’t realise she done so much stuff. I only remember her from stargate.

just look at the guy:

I think it was the most disgusting thing i could ever imagine.

damn, it’s not funny at all.

But in TPS this character was disclosed like nothing more than evil imbicile, so the idea was WASTED

Not a problem, tps doesn’t exist.

Okay, I’m a girl and spend a great deal of my time looking at dudes, so most of those I can respond to. Some are obvious, some are little known actors that fit the character. All are SAG and have an IMDB profile.

Wow, where to pick up… BIG question. I think Handsome Jack is key, so… maybe the turning point between the time he snagged Moxie away from Mordecai and when he all out started war on Sanctuary. Or… maybe when he was a low level Hyperion chai walla plotting the demise of his boss… yeah I like that better.

I’d love to see a list of ‘hidden gem’ actors that the film could make use of. I feel that if there will be any big names, it’ll occupy a single role. I can’t imagine 10-15 A-B Listers. We’d be speaking about an acting budget that’ll breech 50 million.

And frankly, we don’t need some bizarre makeshift adaptation in the method of the Assassin’s creed film, the Death Note debacle, or worse yet; Ghost in the Shell.

If the concentration is on star power and the “Hollywood” route, it’ll create the classic conflict of a film that does everything possible to appeal to a group different than their base.

We love Borderlands because of the atmosphere, the wild personas, the mood setting music. But most of all; the comedy.

If it should become the first successful video game adaptation ever, it’ll do so by separating itself from the pack.

As a big fan of the originals the new one killed me. I got to the point where L was introduced and couldn’t take any more.

As a big fan of the originals the new one killed me. I got to the point where L was introduced and couldn’t take any more.

What I truly found remarkable was the amount of people who presented it thus;

“Watch it as though you know nothing about the original.”

A fair point! An adaptation can draw from an original and create it’s own derivatives, and still be marvelous.

You should take a work for what it is. Fair enough.

Unfortunately, even completely on it’s own, the the American Death Note film is misguided at best, and phoned in at worst.

I think having Roy Lee, some one who was known for adaptations of Japanese horrors, and Adam Wingard, some one who was attempting to make a name for themselves in the horror/suspense/thriller category doomed the film from the get go.

It is remarkable that to this day, there is no successful (or even decent) adaptation of a videogame or anime, and I think the critical mistake made nearly every time is abandoning the core audience in order to appeal to a larger audience, as opposed to generating buzz from the center outwards.

THE MOST DELIGHTFUL SCENE

in Borderlands live action motion picture – a scene where True Mordecai the Undying, Protector of Jimenez, punches the shiт out of annoying seiyuu who was hired by desperate @DuvalMagic to set heinous misinformation about Mordecai:

so in this short scene
abusive Jason LIEbrecht

Reaver.jpg398×600 70.3 KB
appears as another annoying unpleasant bad guy, for example – Reaver.
He can shout Reaver’s lines (one line actually quite enough) with voice he use to dub little androgynous girls in anime, and not bother trying to parody Mordecai (he couldn’t succeed in this anyway).
(In the original (unused) plot of Borderlands, Reaver is the man Roland swore to kill, a leader in the Brigadiers (the bandits). He initially mistakes Mordecai for him when they meet, since Reaver’s attire and gear are similar. In released BL1 Reaver is just one of Krom’s bandits who cosplays Mordecai’s legendary “Skirt” outfit and should be punished for that (particularly for that) during side mission “Two wrongs make a right”, and afterwards humiliated multiple times at Moxxi’s Underdome arenas.)

And our favorite Julio Cedillo

Mordecai.jpg661×1159 368 KB
performs one and only True Mordecai Never Dying
who pounces on Reaver and punches all the shiт out of him.
(i’m not sure if our favorite Mordecai can show any Kung Fu stuff, but he certainly can miss a couple of kicks, and even helplessly fall to the ground, and even spit some blood to be more dramatic, but then pounce and brutally knead wannabe’s face into bloody mash, forcing the viewer to think that this is all filmmaking special effects, but after curtain falls Reaver is actually taken away on stretcher.)

And this would be the most delightful scene.

I seriously doubt this movie will even happen. It’s been over two years already and they haven’t even announced a writer to pen the script yet. Which means they’re still a long way from even putting anything in front of a camera. This thing has “forever stuck in development hell” written all over it, just like it happened with the Bioshock movie. I’ll believe this is actually happening when I see the first in character cast picture. Until then, I’m not getting my hopes up.