Borderlands - The movie that got lost

Over three and a half years ago, this was announced.

Its happening. A Borderlands based movie! BL2 News

This forum has dicussed the what-ifs of a Borderlands movie for a long time. Well it seems that pipe dream has come true! http://www.gearboxsoftware.com/community/articles/1405/it-s-official-borderlands-is-getting-a-movie


What ever happened to it? Was it just a sham (a really rare one

)? Was it just a hype? Or are they actually working on it?

I would love to get some official feedback on this!

I’d love to see this movie, but I’d fear a reaction to it as visceral as my reaction to the Dark Tower film.

The Mrs and I just hate watched the Dark Tower. I feel like my brain needs to gargle with Listerine concentrate and Clorox before my eyes become gangrenous and amputation of my head becomes necessary. A herd of elephants standing in one place for an entire week would drop less stank on the world. In conclusion, stay far away from this film. If you’re ever close enough to watch it, I urge you, take the media and purge it from the world to spare the souls of any kind folk that might have stumbled …

April 2018 seems to be the latest news about it (new director assigned?)

I’d much rather see borderlands as a TV series. I would still see the movie, but my expectations would be pretty low.
See also: Doom, Assassin’s Creed

Funny. I was just thinking about this the other day. What did happen to this?

Given the track record for movies based on specific video games, I’m honestly hoping that literally nothing at all has happened! Also, that track record might make potential financial backers think twice…

If there ever is a movie, I will surely go and see it, but…

Given the track record for movies based on specific video games, I’m honestly hoping that literally nothing at all has happened!

I just wanted to bump this, coz I thought I might have missed something. But, it seems that I haven’t!

Given the dozens of reasons that projects get stalled, it’s no surprise. You often hear of projects stalled for 10 years or more. My impression is that this is dead in the water for good. I don’t think there was enough momentum.

I probably wouldn’t be able to resist watching it if it came out, but would likely end up crying and cursing afterwards. I really hope it never gets made - I think there’s a 98% chance it would suck horribly.

You often hear of projects stalled for 10 years or more. 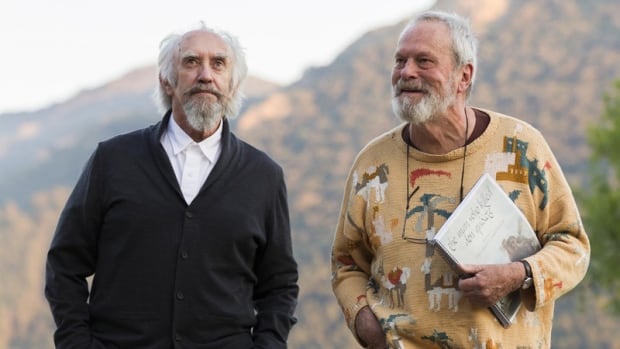 In 1989, Gilliam decided to make a movie loosely based on Don Quixote, but the film seemed cursed from the beginning. Now, 30 years later, that film is finally here.

I think there’s a 98% chance it would suck horribly.

I think that the chance that it will suck is a guaranteed 100%! I wish them the best of luck with the project, and I will definetly go and see it, but I think it will suck.

So, you’re gambling that it will be so bad it’s good (in that B-movie kind of way)?

I know it’s possible to make a good video game movie. Ever see District 13? Put that guy in charge of Half Life, Borderlands, or even Halo, and I think it would be pretty good.

The guy that made District 13 has made really irrelevant movies like Chappie since then.

He’d be fine for a huge and serious action version of the product, but nobody can direct a movie of such a huge, tongue in cheek parody of RPGs, with a background of serious yet cheeky movies about currently untangible concepts by science only theorized by the most stoned theorist or the most devoted extraterrestrial theory specialists. These are people who know the movies are just political and psychological allegories to racism, that we take from our current view of world history. Like slavery and communism of the past, but in a generalized future worldview, wrapped in an allegory.
What I’m trying to say is, it’s way too much for the light-hearted but violent nature of the series.

You know who can do it? The man who directed Shaun of the Dead. Edgar Wright.
He can do it in a goddamn heartbeat, the cheeky bastard. Look at his fun, never depressing movies. Dude, he is meant for such a project. It’s in his BLOOD. lol. Baby Driver’s director/writer, Ant Man’s writer, the genius behind every 2000’s kid’s favorite movie; Scott Pilgrim vs. The World. The man has a track record screaming undertones of this whole series. He can handle portrayal of disabilities, minorities, and protrayal of LGBT (not that the series needs a lot of that last one, heheh… Burch) he can do quick and witty comedy on a dime, he can even do things that movies haven’t tried before. He makes actors have fun, and can even play out a Michael Bay moment with none of the ■■■■■■■■.
He’d make something brilliant, out of a really crappy idea. And that’s the problem here. It’s not a great idea.

So, you’re gambling that it will be so bad it’s good (in that B-movie kind of way)?

No, I just think it will be really bad. The only chance they have to make it good, is if they do it as an animated movie, and use the already established characters. With real human actors? No! No! No! Not now, not ever! It will suck!

It made me laugh on the floor.

In raspy as hell Neo clone voice
“You have set off my trap card.”
“I’m a better shot when I’m drunk!”

You could also try and imagine every dialogue in the game delivered by Arnold Schwarzenegger, Sylvester Stallone or Clint Eastwood.

I have the shiniest meat bicycle!
I ain’t a real doctor!
So, I accidentally started a cult. And not the fun ask-you-for-autographs kind.

I vote for Adam McKay as director.

As long as this is awakened…

I’m with those who don’t want to see a film happen, mostly 'cause I can picture the studio execs feeling the need for a LOT of back-story exposition so those who have never played the game will understand just what the hell is going on, and then some of them will feel that Sirens need to be explained further than what’s already in the game and hire writers to make up stuff for that, and then another one will be all “What’s up with this Zer0 guy?” and then more exposition about him that goes beyond the game again (ie - more made-up stuff) and and and…

Who here has seen David Lynch’s ‘version’ of Dune? That’s what I’m talking about.

I’m hearing that the “Detective Pikachu” has done exactly this. There’s a review here: 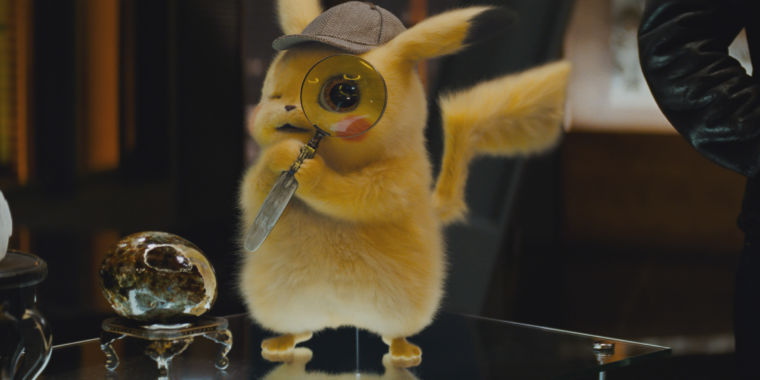 Detective Pikachu film review: This is how you adapt a video game for theaters

Like the author of that review, I was not aware there was an actual Detective Pikachu game. It would be interesting to know how closely the movie follows that game. If the only think you know about Pokemon is whatever you’ve gotten from folks talking about the games, though, it sounds like you could still sit through this movie quite comfortably with your small fry.