#A build for kids of all ages 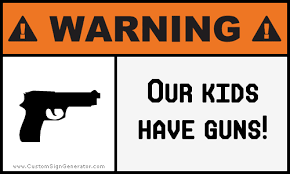 Here’s a list of what you will find inside. If you don’t like these, you are sad and I have no desire to speak with you further…and you should probably look elsewhere for a build: 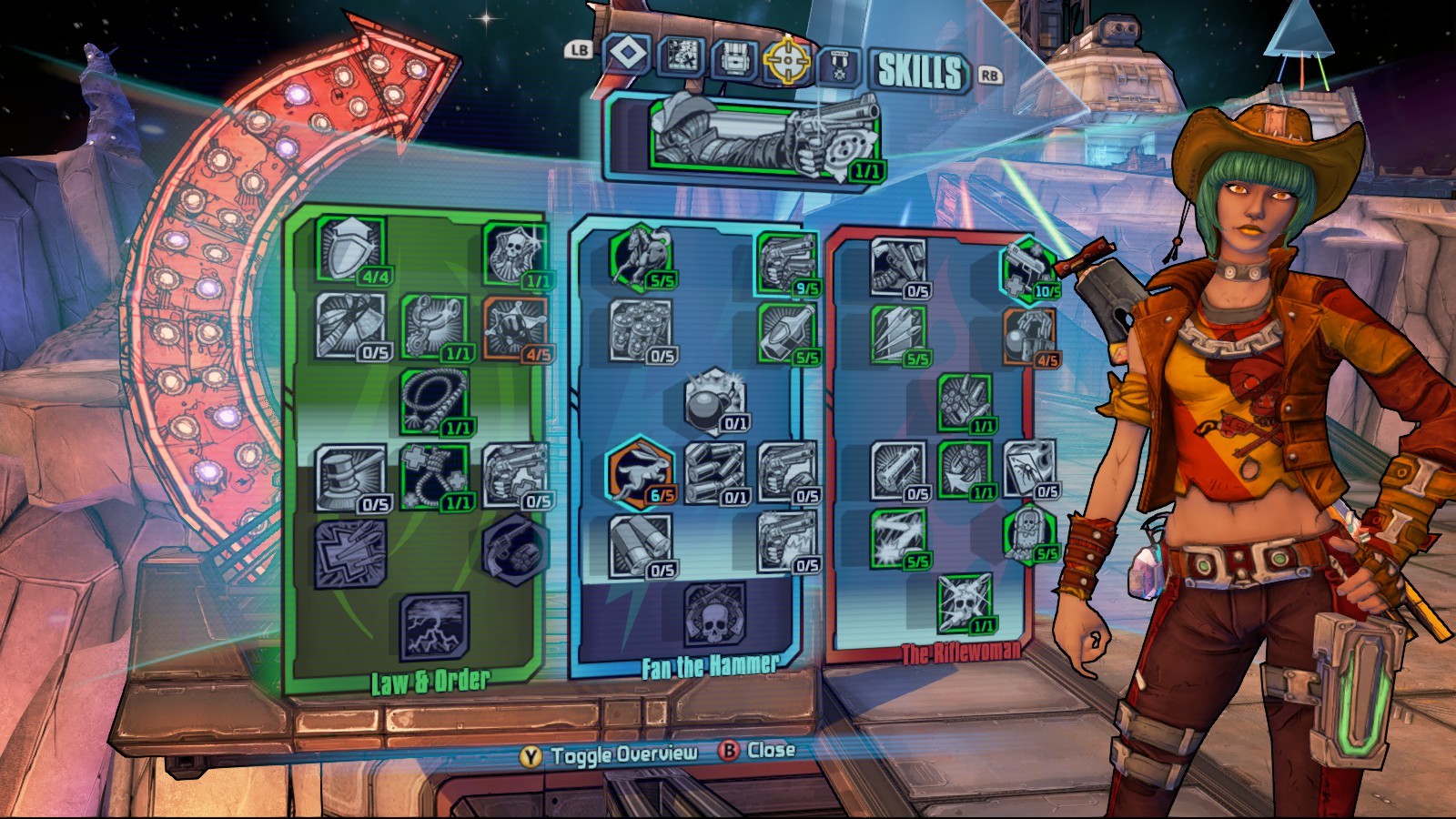 These 2 are our bread and butter, our go-to weapons:
Party line

They were picked for 2 reasons:

You could probably get away with getting only one of them, but we still recommend getting both.

To complete our selection of guns, things are a bit different: I’ll give you 3 different cones, and you pick the flavors yourself. As long as you get all 3 remaining flavors covered, it doesn’t matter which is which, or if you picked the same 3 times…

These 3 were chosen because they pack a more serious punch, but they are not nearly as effective when you’re managing an ammo supply, so using them all the time often leads you to ammo shortage. Luckily in this case, we’re looking at utility:

So take them out when you have one of those issues, usually a couple of trigger pulls should do it, then go back to your staples.

Matching grip is usually the best choice here too, with Jakobs being a decent second.
The Thinking and the Boganella benefits from a crit accessory (Critical and Bloody oath prefix) if you have the patience to farm for it. The Sledge’s has a fixed blade.

Honorable mention: The Octo
We’re mentioning this one because it can be a useful addition to your arsenal. Although it’s got slow bullet speed, because of it’s fixed pattern, it’s capable of very long shots. Worth carrying a shock

one for a few situations, just in case. 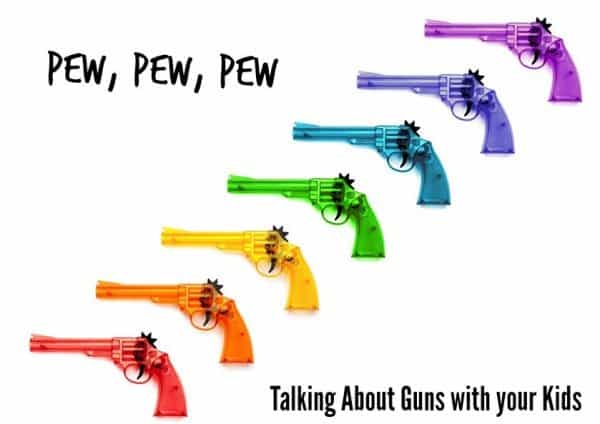 The rest of the dress-up

Since both of your staple guns spawn flakk, they require a bit of adjustment when it comes to aiming. Since flakk spawns at the point of impact, these 2 guns are more effective when there is something behind the enemy to catch the stray pellets while the enemy is within the blast radius. So to maximize their effectiveness, you should, jump and shoot from above and/or aim low. Enemies with their backs to a wall are also easy picking

Yes, you could run out of ammo in certain situations, namely the Sentinel and the Holodome.
When visiting those places, We recommend you carry an additional gun that use a different ammo type (in shock

if elements are possible, for versatility).
Great choices would be the Hail (if you can deal with it’s firing pattern) the T4S-R, Tediore splitters, Maliwan blasters, Mining laser, Torgue slapper or Spitter, Jakobs Iron, Maggie, Gatling or Hammer buster II, or the Frigida.

You can also, like mentioned earlier, put on a Sham and shoot at a nearby wall or the floor and let the sham absorb the fireworks. This technique works best if you have a bit of time, like between rounds in the Holodome, though you can certainly pull it off between the Sentinel’s change of phases.

In most other situations, if you mainly stick to your 2 main guns, take the time to open a few crates, and refill at vending machines before facing bosses, you should not run out. That includes Felicity, RK5, Zarpedon, Bosun, Iwajira and Deadlift, all of whome can be disposed of with your normal ammo pool if you match elements.

so…
There isn’t much else to tell… point the business end of the shotgun toward enemies, aiming at their feet if at medium or short range, and aiming at their face if at point blank.
Use Showdown all the time.
Switch to shock to take shields down against badasses.
Or switch to cryo and freeze them before using your Torguemada on them.

it’s pretty simple… A kid could do it

Is that a pic of you as a kid, chuck? Looks like you are practicing gun safety.

Sledge’s Shotty always has a blade (therefore will never have a prefix).
Bloody Oath (Critical) is by far the best prefix for Boganella because of its completely ludicrous pellet count. Plus that makes it more accurate (which Triple Barrels need to perform well).
Please make the note about Systems Purge a dirty joke. It could be a euphemism for:
Number 1
Number 2
The Thing You Do At Night That Makes God Kill Kittens

“Pack an Ack Ack in your backpack for when rakk attack”

Fixed the sledge and Boganella, thanks
Best I could do with the system purge at the moment… I’ll edit that again if I find something funny.
Added the Ack Ack rhyme

How’s the Viral Marketer as another corrosive shotgun option? From the looks of it, it seems pretty similar to a corrosive Bullpup, other than the magazine size.

Sure, it’s pretty decent too.
The Bullpup is 100% better though.
If you happen to already have a VM, you can probably save some time with gear farming and go with that

All right, I’ll keep that in mind.

I don’t know whether I like the actual build more or the OP. All the pretty pictures/colors.
Your posting skill are on another level…

I’ve played co-op with Afro using it, it did seem quite good.

Ran a few maps and bosses with both all morning, and the Deputy suffers a bit from UVHM’s increased health and shields.
Oftentimes, that extra shot you have to take also means an extra reload. It’s no longer in the DPS “sweet spot” like it was in TVHM.

While the Toybox thrives on the new elemental modifiers.

Very cool build guys. I didn’t realize the Party Line was that good.

I used it in the baddass round a few times over the past week. I had found that the only limiting factor is ammo. By wave 4, you are constantly opening those boxes.

In this specific case, there’s no harm in having another weapon type to swap to. I had a tediore cryo spitter as an occasional backup.

Usually if a shotgun has splash damage its pretty good.

Really fun build as I am a total shotgun junkie but I seem to run out of ammo quickly. I have to swap in some other weapon types until i can search some crates. Need a legendary hoarder com.

Hoarder com would be absolutely major on nisha.

The ammo regen cocktail in the bar helps but it just doesn’t cut it. It ticks soo slow.

That’s funny, I never run out, unless i’m facing a boss or i’m in the holodome. (I use a Cryo Tediore splitter too as a backup

Holodome doesn’t really count as it makes me scrounge ammo with ANY build anyway.

Are you using the Party line as your main weapon ?
If you’re mainly using the Bullpup or the 2 scavs guns you WILL run out.