But WHY are there loot midgets there?

We all know that there are certain areas where loot midgets are more prevalent, like Thousand Cuts (though of course they can spawn almost everywhere, just more likely in some areas).

But, world-building wise, why? Has there ever been a canonical answer as to why Loot Midgets prefer one location over another? Has anyone at Gearbox talked about this (I’ve searched without finding anything).
Are there particular resources in those areas that LM’s need to survive? Are there particularly tasty foods for LMs there? Do they like the neighbors better in those areas?

Yes, of course I’m overthinking this, but when one builds a an open world there are a massive set consistent rules to apply to it, and I’m sure there is something about Loot Midgets that makes them spawn more in location X than Y.
–RoA

Are there particular resources in those areas that LM’s need to survive?

Places to hide. There are a ton of boxes and lockers in Sawtooth. LM’s need to lurk somewhere they can jump out and scare folks to death (sometimes literally).

Precisely why you don’t see them in Southern Shelf, Three Horns, or The Dust… ain’t many lockers and/or boxes to speak of.

I think some of those places are also designated ‘safe’ zones? Sanctuary and Claptrap’s place seem to be entirely off-limits to LMs, so it wouldn’t surprise me if Liar’s Berg and the old Raiders HQ were too. (Come to think of it, I have never encountered an LM anywhere in Windshear Waste, and only over at Flynt’s place in Southern Shelf.)

I have not seen an LM even on the Soaring Dragon, so idk.

So what this suggests is that, with certain exceptions, LMs usually lurk in what are considered Bandit and/or Hyperion strongholds. Hence why a lot of the LMs in WEP are Hyperion or those in Sawtooth are Bandit.

Now we just need a reason why they don’t turn up in the DLCs!

Maybe. But then I would expect to get some LMs in the Hyperion Adaptor bandit camp or the Powercore bandit camp, both have a good number of containers and are bandit-y, and I’ve never seen one in those locations. Unless 3 Horns is off-limits to them in general.
–RoA

Maybe they’re like cockroaches and you only see them in places where there is plenty of available food. It doesn’t explain bots or look that way to me, but maybe the places we don’t see them are just that much cleaner than the rest of Pandora. I definitely wish they were in the DLC. LLM Orcs, Burners, Pirates, savages, and other DLC mobs would be pretty awesome, even though I do wake up in a cold sweat when I dream of LLM Boroks and Scaylions.

Unless 3 Horns is off-limits to them in general.

Well keep in mind Three Horns is not a Bandit stronghold, which is what I meant. What Bandit presence there may be is actually few and far between – both Windbreak Camp (Power Core) and Fishguts Outpost (Adaptor) are 2 of only 3 Bandit encampments, the Drydocks being the third. Extend it to the Valley and you only see one other encampment, Split Skull Bay.

So what I’m getting at here is that the reason you see LMs in some maps, and not in others, to @paulothead 's point, is that some maps are just ‘neutral’ compared to others.

(Now what’s interesting is, shouldn’t there ought to be LMs in Southern Shelf Bay, as it has a huge Bandit town?)

Oh yes. And imagine the joy of getting that Bunny you’ve always wanted after duking it out with one of them.

Although, seeing as we’re in a lore speculation thread, I think that is easily addressed. Whereas midgets, skags, varkids, and spiderants are ravenous and indiscriminate, the denizens of Aegrus have evolved to either be more discerning in their appetites or to have eating disorders so their lives on Hammerlock’s runway could be more gainful employment and less hand and foot modeling.

You just triggered a vision of Tubby Rabid Stalkers and Skags in my mind, and I will be having nightmares about that for weeks.
–RoA 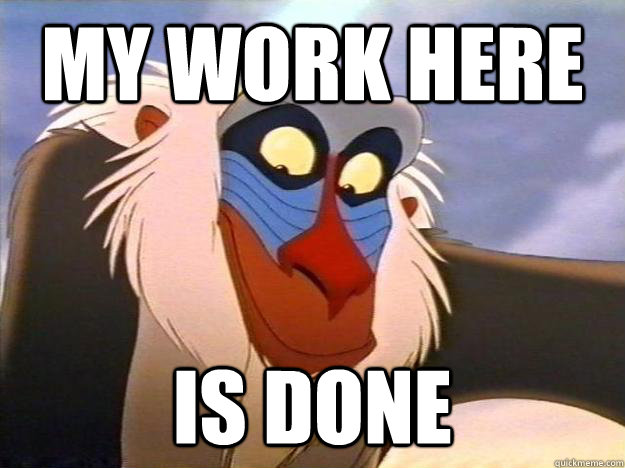 I can see this. It holds true in Tundra Express also, which is of course dotted with strong Bandit outposts and has a higher than average presence of loot midgets.
–RoA

Given the LLM ‘safe zones’ I’m going to theorize that they are all playing a massive game of hide and seek with each other but could only afford the base game when they started.

They’ve been hiding so long that the missed the DLC announcement!

could only afford the base game

But but but, they’re LOOT MIDGETS!!!

They haz all the loots!!! They can afford the DLCs, don’t let 'em fool you.
–RoA

Given the LLM ‘safe zones’ I’m going to theorize that they are all playing a massive game of hide and seek with each other but could only afford the base game when they started.

They’ve been hiding so long that the missed the DLC announcement!

Best answer. No one will top this. Many will try, all will fail. You just won the thread.

I like to imagine that they got it started like playground friends. Little Nomads and Goliaths playing with little loaders in the sandbox when a tiny Engineer starts counting and they scatter to the four corners of the base game. Thank you for winding me up @Psymonkee.