Can't pre purchase on epic store
When will epic store be selling borderlands 3 again?
Epic Store Mega Sale Questions
VaultHunter101 (Flying: throwing yourself at the ground and missing) May 18, 2019, 1:14am #2

Probably because they have a store-wide sale on. It’s not the only game to suddenly go missing from the store. See here: 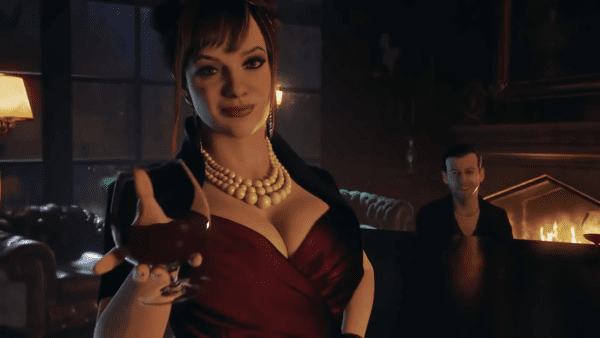 But the sale was covered by epic themselves.
2k and / or gearbox literally won’t have any losses on their end.
did they really just wanted out because they don’t want to have a sale on a game that’s not out yet?

I honestly have no idea. The sale was sudden (on Epic’s part) so there may be some communication issues in play here. It’s basically between Epic and 2K though, so it’s not so surprising there’s been no announcement here. Maybe check the 2K or borderlands.com sites to see if there’s anything there?

Just checked around. the 2k sites just lead back to the borderlands site.
no one talks about it on their forums.
no one talks about it here, except for us 2. lol
a shame really. i was holding out on buying borderlands 3. should have gotten it yesterday.
guess this time, the rabbit won the race.
i have to wait when the sale’s over and epic to put bl3 back in the epic store i guess.

I’m no expert, but I’m going to assume someone at EGS rolled a 1 on the Business/Computers skill check.

Odds are the EGS sale wasn’t communicated well if at all with publishers and developers. However there is also what is called perceived value. Having items go on sale or drop price shortly after launch or even before launch often causes consumer opinion of the item’s quality to drop making them think it isn’t worth as much. Just look at nearly every year on Black Friday sales. As a result some developers/publishers pulled items off the EGS, others appear to have adjusted their price point with their own sale or discount causing it to fall below the threshold EGS set to qualify for their static discount.

So, right now we can’t even pre-order the game on PC, am i right?

Its also something to do with publisher contracts. Big games like this get clauses to prevent undercutting. By selling for less on EGS it likely would put Gearbox/2k in breach of contract with a different distributor. So they pulled it to prevent problems. There are more than a few games this happened with so I suspect its something of an industry standard.

2k studio took the opportunity to pre-order the game a little cheaper and even in the stupid epic store, I hate them. Now only Steam, it is better to wait half a year than messing around with this ■■■■■■ store that doesn’t even discuss discounts with publishers.

A post was merged into an existing topic: Bad Posts (for individual posts not topics)

Threads merged to keep it all in one place so that it can be found easier if people need to look back.

One of the things I kind of find humorous about that sale is that because EGS doesn’t have a shopping cart, people buying multiple items from the sale are getting their accounts locked for potential fraud because every purchase has to be completed separately.

So far they seem to be focused on throwing their Fortnite money around everywhere but where it matters. In the actual quality and features of the EGS platform itself.

Well, at least this whole thing is generating case studies for the MBA schools to use.

But the sale was covered by epic themselves.
2k and / or gearbox literally won’t have any losses on their end.
did they really just wanted out because they don’t want to have a sale on a game that’s not out yet?

I believe they don’t like the message it sends if their game goes on sale already 4 months before release. I imagine they’re afraid that people will stop preordering after the sale because they’re waiting for the next one. I’m sure 2K doesn’t intend to put it on sale before 2020 and they don’t want to raise any hopes that people will get it cheaper if they wait.

2k tries too hard to not have my money.

While it’s still available on Humble Store and Greenmangaming for PC, I think this whole thing is just unprofessional. This is not a small publisher, this is 2K. They have all the money, they accepted Epic’s deal and now they have to remove the game because of a sale? Why? It’s not possible to exclude certain titles on Epic’s great store? As much as I love Borderlands and the work Gearbox does on their games, I’m having a hard time supporting this release. 2K is becoming a terrible company and if it isn’t obvious by now (not just because of BL3), it sure will be down the line.

This is not a small publisher, this is 2K. They have all the money, they accepted Epic’s deal and now they have to remove the game because of a sale? Why?

Well I think the real amateurs here are Epic because apparently they just started a sale without even asking devs/publishers if they want to take part. Hence the short time of $10 discount on BL3 before 2K pulled the plug. And even then, that there was apparently no other solution than removing the game from the store entirely… it just seems like Epic have no effing idea what they’re doing.

2K took a gamble by making BL3 an EGS exclusive, and right now it seems like there are more problems than they anticipated.

I still understand the decision from a business perspective. Epic just gave them a far better deal than Valve. Say against Epic what you want, but Valve are just as responsible for this by resting on their laurels and taking such a big revenue share, exploiting their market dominance. When EA left Steam, I didn’t like it at all (I certainly would have preferred having the games on Steam and Origin is a horrible launcher if I ever saw one) but I understand why they did it. If a game had a revenue of $50 milllion, Valve took $15 million of that right away, and as much as I dislike EA I honestly can’t blame them for not having this anymore.

I believe if Valve was less greedy and offered better conditions, we wouldn’t be in this situation where big publishers move away from Steam if they believe they can afford it.