Crossplay with consoles could seriously help out PC longevity

I’m not going to fear monger about the game being dead on PC because it isn’t. I find games just fine. However it should be noted that the player count is lower than consoles, and with the already more competitive PC market and other similar games that are likely to take from the already smaller playerbase, the PC version of the game may in future months down the road dwindle to a concerning level.

Crossplay between PC and console would alleviate this problem, as that way the playerbases would not be split between platforms, which would also encourage more people to purchase the game due to no longer being as concerned about number of players.

The only argument against this I’ve seen is that PC players would have an unfair advantage with keyboard and mouse which means they would stomp. To that I disagree, as I play with a controller on PC and often come out ontop regardless. Hopefully gearbox saying the servers are connected which is why PC cannot be updated before consoles is a sign this will happen in the future.

Is that even technically feasible to play across platforms?

How? I play with a controller on PC and it works fine

Many reasons this won’t happen.

Valkyria Chronicles Remastered - Released YESTERDAY, a game from 2007, that has been re-released on PC since and such… 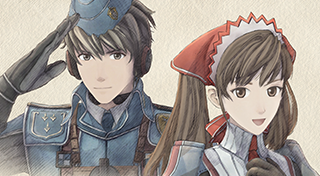 Looking at these numbers, it’s hard to imagine Consoles are doing “better” than PC. We know PC has sold at least 100k copies, according to the UK Statistics, it’s sold 44k copies in the UK for Consoles - We don’t know about NA.

Studies were done in FPS games like this, with cross-platform and it was shown KB +M wrecked them so bad, Microsoft dropped the idea entirely.

Personally I wreck people just as hard with a controller on PC than with a Keyboard and Mouse. Maybe pro players with twitch reflexes without good aim assist for controllers will do better, but for the average joe (ie: almost every player) there shouldn’t be much of a difference that can’t simply be overcome with skill in the game.

There have been a few games that have done this yes, I think one of the most successful and recent is final fantasy 14. PC players and PS4 players together in bliss and harmony.

I’m sure there was a game several years back, I can’t remember the name but this had PS and XBOX players playing together and maybe PC too. It was a third person shooter if I recall.

FFXIV was also on PS3, and XI was on PS2 before it.

However - that’s a MMORPG. There’s no real "PVP in it, the Wolf Arenas and whatnot are kind’ve weird. Also it doesn’t require precision aiming or controls, even for Alex raids. it’s entirely different to a game that requires aiming.

I play with a controller on PC and do just fine. I don’t think there would be any discernible difference to the average player. Hell, PC running at higher framerates would have more of an impact than type of controls

I play on PC with a controller and I tend to get stomped by anyone using a keyboard and mouse.

I play on PC with a controller and I tend to get stomped by anyone using a keyboard and mouse.

Unless you turned the aim assist off there is no way the controller is the problem. The aim assist in Battleborn for controllers is actually too strong in my opinion. I’ve had my recital as Oscar Mike drag and stay on someone’s head as they were jumping with little input from me other than keeping it in their general direction. So unless you intentionally gimp yourself, you should have even more of an advantage on Keyboard and Mouse players who have no aim assistance. That, or you’re just a bad shot, and in that case using a mouse won’t help you.

I was just answering the question of whether it was even possible.

And I am fairly sure there is a shooter that did do cross platform, I will try and find the name.

As for mouse keyboard, they could get around this by providing mouse keyboard support on consoles, you can already plug a USB keyboard into the PS3/4, PS3 had mouse support in early days i think, when you could run Linux on it, couldn’t tell you if ps4 has it or not.

It’s not going to happen.

Crossplay, when it comes to consoles, is an all or nothing deal. You either allow crossplay between all platforms that the game is on, except Wii because of the massive difference, or you segregate all platforms to themselves.

This is well documented at the moment, I’d recommend a read of the articles that are currently doing the rounds covering this very thing.

Sony has reached out to Microsoft in the past to make this happen.

Microsoft have very recently reached out to Sony to open discussion around the possibilities of making this happen.

It feels like the most threads turn into a wired discussion about who is the most skilled elite pvp gamer.

Im on PC KB+M ist OP. … Im the best with a controller. Only cheaters on PC… wtf guys.
Sometimes i think you all think playing games keeps the damn world turning and the sun burning.
We all just play a stupid game. Every body on a different unimportent platform.

You are not elitist…

It feels like the most threads turn into a wired discussion about who is the most skilled elite pvp gamer.

And you have just added fuel to the fire.

You are not elitist…

Thank you, I take that as a compliment.

Wow are there numbers right?
2800 is even halve of whats left of the pc community (was 12k at release) and I thought ps4 is the main market here.

It’s possible, but only if pc users get forced to use a controller when playing in “crossplatform-mode” or if the consoles get keyboard and mouse support. The first one will never be accepted by the hardcore pc crowd. The second will never be implemented, since it would devide the console community.