[Dear GBX] Somebody Please Break the Silence or Communication Is GOLDEN

I’m gonna mention @Jythri and @JoeKGBX to start as the tl;dr here is “Please can we have more transparency, communication, and community engagement to counteract the negative trend in various Media channels?”

After reading a particularly worrisome article many of my concerns and frustrations with Battleborn this past week were quantified, which is not a good thing -

Battleborn On PC Is Dying, And Not Slowly

Those concerns and frustrations include:

I can’t help but hold these concerns and frustrations and then look at numbers like those in the article and not see a relationship!

And then there’s the fact that for 5 Story games in a row this evening I played with the same 3 or 4 Players from previous games, which seems to further, though anecdotally, reflect and support what’s represented by the hard metrics presented in the article.

All of this is worrisome indeed!

What I’ve enumerated above certainly doesn’t fully explain the causation for the exodus by Players away from Battleborn, but it’s not helping, and the exodus is massive: Some 2 out of every 3 or even 3 out of every 4 Players, depending on how you read the data, having abandoned the game since launch on PC. Which, incidentally, is my platform of choice. Likewise, many of my friends have just straight stopped playing the game as well.

So can we get some acknowledgement from GBX that they see this is happening too, and what they’re doing to bring people back? Silence isn’t winning over hearts and minds here, it’s feeding in to the negative feedback loop happening in the Press, on Steam, and even on these forums. And if this trend continues there are more serious concerns about being able to even play Battleborn effectively. Which, to quote Mellka, “That… sucks! What are we supposed to do?”

Please break the silence and talk to us! We want to hear you because many of us still trust what you’re going to say! If you have a plan, what is it? If you don’t, let us help! Bring us in the loop on what the plans are, and how well formed they are! If you can’t commit to a date, say so, but say what you’re shooting for specifically, not just generalities like “We’re working on a fix”, and keep the communication open after that!

But don’t just clam up, because our minds are just gonna run and speculate and by the time you do act, nothing will be good enough. Sadly, that’s human nature. So don’t perpetuate the negative feedback loop further with silence. Start providing regular updates and keep communication flowing. Use Twitter, your Press Releases, the Main Menu Updates, and more Forum Announcements or even POLLS, and start getting transparent and highly communicative with your Players. Get out ahead, and start putting more positivity out there to actively counter all the negativity! We’re ready to reward that!

Don’t go underground and run silent, run deep. I’m sure I’m not the only one who’s seen that fail too many times… =(

27 Likes
Kid Ultra Lore Challenges: Are You Kidding Me?
Really, what is OFFICIALLY being done to keep this game alive?
AzureMaelstrom (Azure Maelstrom) June 1, 2016, 9:46am #2

I think some of it has to do with controls. BB was definitely made with consoles in mind.

Whereas Overwatch was made with pc in mind is completely godaweful to play on console. (Aiming down sights is a console fps mechanic to the core. and the lack thereof in OW is a mouse based mechanic)

Overwatch is fine on console. Battleborn also doesn’t (generally) have scope aiming. Overwatch is outselling PC on the Console in the UK by far, at least as far as boxed games is concerned.

BB just needs a bit more content, the PVE should have been around double the initial missions presented. More maps and a few balance issues. Biggest post launch clanger being Alani.

There are far more scope aiming characters in BB than in OW. And that’s because of each character’s weapon choices. The lack of scopes and thus aiming sensitivity changes is a hallmark of the point and click gameplay involving mice.

…I’m also getting concerned. On the Steam Top Sellers, Battleborn has disappeared. Far behind every title.
I’m a fan of this game and love it, have only played it since the release, nothing else.

Some friends and I playing it on Steam last night noted that in another month we may only be able to play with friends.

does coop split screen work with pc? would anyone even use it?
when im not playing bb, i do enjoy watching ow. while there are normally just as many bb streams as ow through top xbox twitch, there are tons of pc ow streams always. perhaps bb should introduce that escort the payload mode with sentries to let all the comparison by pc gamers to overwatch have some substance? even then though, i dont think its game modes that is causing poor player retention.

what are yals thought on battleplans? do they give you an insider feel on development? are they repetitive, withholding teasers? i feel this is the avenue for communication but is falling short in your eyes: how can they be better, more informative, succinct?

does coop split screen work with pc? would anyone even use it?

…Have always wondered the same thing.

I couldn’t agree more with this op here. Silence is doing nothing but hurting the community. I can see why gbx feels they should be silent, I mean they throw out something like tier 2 skins coming with Alani, didn’t manage to keep that, and now the community is upset. It’d be better to just wait to say anything til it happens right? Wrong. The community loves your feedback gbx. Battleplans are nice, but even those are very vague as to details and then what wasn’t meant to be a ninja nerf becomes one and the community gets upset at a lack of transparency. I want this game to succeed. But gbx you guys really need to start talking to us more.

Assuming split screen works like with Borderlands: it’s there but you’ll have to edit ini files manually to enable it. No idea how that wil work online tho.

Good luck with that, framerate problems are one of the main complaints on every review since the launch and there is yet any official statement on that issue other than an extremely vague remark about older systems.

Even on reddit anything GBX related went dead silent.

Very well articulated and yet not a single developer response. It is harder to voice an opinion when there is no answer. Gearbox has a sullied reputation with all the Sega and Alien ill will, but now this?

I really don’t know how they’re going to recover. Overwatch is a juggernaut by all accounts, despite the games being quite disimilar there is no stopping the general public comparison, and instead of trying to do something about it, it seems they’re content with silently fading into obscurity.

I bought the origins edition for PS4 and havent touched it. Been playing battleborn, anxious for news about fixing matchmaking, skin releases, new content, lore adjustment, really anything, and they went dark.

Time for a change. With a heavy heart, i will finally be opening up Overwatch when i get home from work.

I think the gaming press is starting to turn on Battleborn now, they gave it a chance and it just failed badly to get and keep a player base - expect more and more articles in the coming weeks:

Talking About the One-Way Bloodbath That Was ‘Overwatch’ Vs. ‘Battleborn’

Talk about an unfair fight. One might have been for every kind of badass, but it was comprehensively rolled over by its rival. 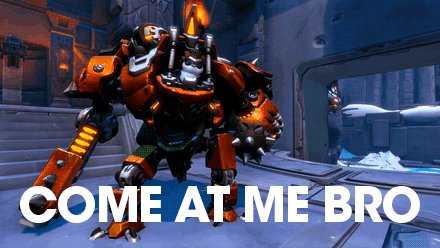 Where were you during Colonial Marines release? Well stated argument. Hopefully you get more of a response than any of us ever did

Honestly, they should have pushed release back when they saw OW coming… even if they’d done it after the Beta I wouldn’t have cared… if it launched a month from now, after the hype train for OW ran away, it would be fine, but dropping right in front of it just let it get steam rolled.

the gbox track record is to stop spending money on unsuccessful games. I’m just not sure how they are classifying this one. Obviously on PC it is a disaster. The consoles are doing better I believe.

they are contractually obligated to patch and support the game for a certain amount of time. Usually until the last DLC release. 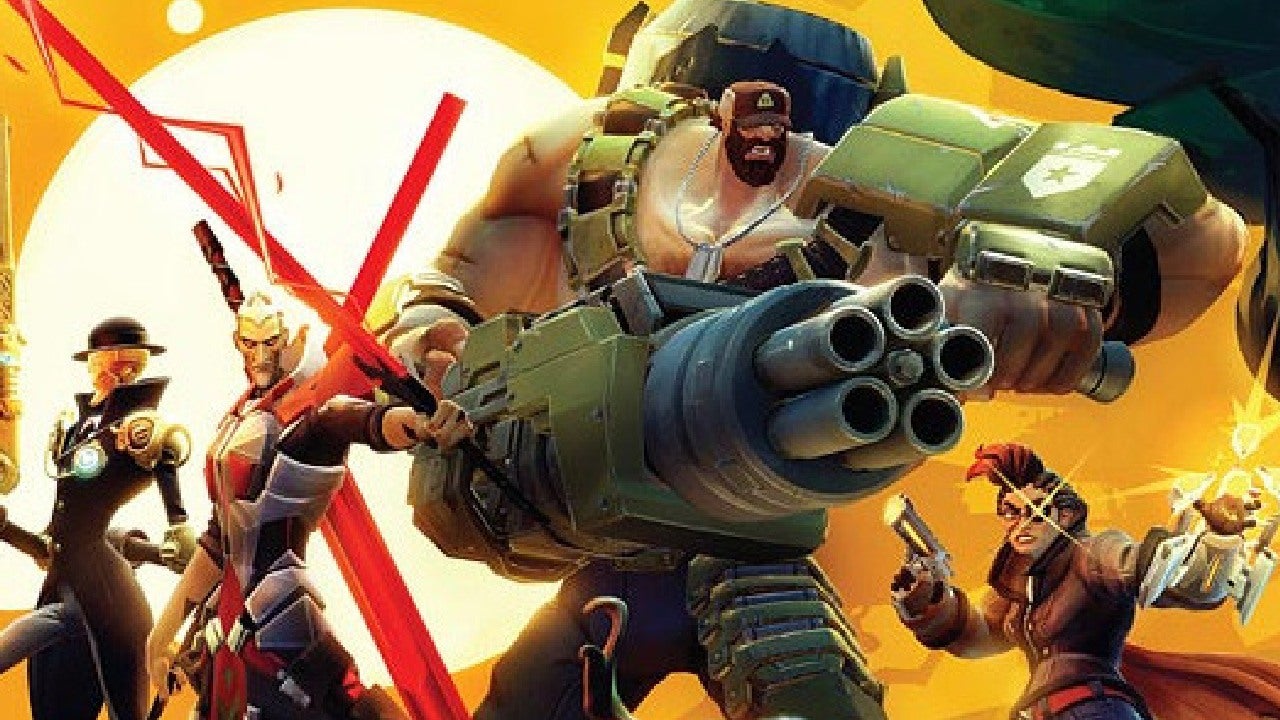 Gearbox would have had Battleborn fans up in arms to then announce at that late stage that they were postponing the game until June/July just so that it arrived after Overwatch had landed, especially after it had already been delayed. Besides, who’s to say that it would have done any better then anyway? Some people may not even have bothered trying Battleborn if they had already purchased Overwatch.

Yeah, BB fans would have been up in arms, but the game itself wouldn’t have been living in OW’s shadow…
Upsetting rabid fans isn’t necessarily the worst press out there.

This is like releasing a game the same week as Halo 2 or 3… it’s just a horrible idea, no matter how different the games are.

There are some good points here that I’ll address as soon as I get into the office today. Just wanted to ping this thread so you all know I’ve seen it.

I still don’t see it would make any difference TBH. People who like Overwatch will play that, whether it’s out first or second. In fact, if Battleborn came out second, some who bought Overwatch might never have tried it.

At least this way round, any who bought Battleborn and have jumped over to Overwatch could potentially return if they feel they prefer this game. It’ll be interesting to see how things develop in the next few weeks after the ‘ooh shiny’ feel of Overwatch wears off (as it inevitably does with new games) and people then decide on whether it’s a keeper or not for them.