Adventure Mode. No story, just randomised maps/bosses/loot/challanges (only unlocks after a playthorugh, of course).

Like Diablo 3 Reaper of Souls. I’d be down for that.

That’s the one - in BL it could be called…wait for it…Mercenary Mode! There couldn’t be a better fit for the series. If BL3 has drop rates similar to the current rates, there could even be missions to retrieve particular guns; “Kill this boss over here and return with this gun to Marcus” kind of thing.

Gimme a Gjallarhorn in Bl3.

BL3 takes place after an undetermined amount of time, following the events depicted at the end of BL2/TPS.
We don’t know what the VHs were told as of yet, only that all the remaining ones are in. No “new” VHs (and by “new” I mean yes, Tina is “not” and thus, has to be in).

We join a group of them as they arrive on a new planet, after opening several Vaults on uninhabited worlds.
This one has a twin sister in the vicinity, and commercial exchanges occur daily between them.
One of them is a big deserted place, with few oasis of life here and there, like “The Dahl Headlands” (BL1) but on a bigger scale, with underground villages.
The other one would feature bigger cities, like “Old Haven” (BL1) but once again, on a bigger scale.

The Vault would be buried randomly in one of them, and the key to open it on the other one.
This would possibly change each new playthrough, with each planet featuring several possible locations.

At the start, the VHs would be able to choose where to land.
Then, due to some sort of malfunction caused by either the environment or some technical issues with the ship, all their equipment would be destroyed.
They would then be stuck on this planet for a while, with no means to contact either Sanctuary or some sort of mothership they would have.
That would also mean no “friendly shops” for quite some time: no Marcus, no Moxxi, no Scooter and no Zed.

The VHs would start with a base skillset inherited from one of the various famous builds of the previous games.
Those skills would then expand each level due to the gifts granted by the Vaults they found before.
They would also have their slots (not the backpack) filled with good equipment (at least blue) related to the chosen skillset.
Those in need of ammo would be helped with an artifact/relic that would regenerate their weapons during a good portion of the game.

After making some impressive discoveries, they’d be able to contact their friends and find a way to make them settle on either one of the planets, and expand.
This would unlock shops: weapons, ammo, skills/skins changes, proper vehicles…
The vending machines wouldn’t randomly feature legendaries. Keeping the VHs from being on the field is not a good idea.
If a grinder was to be added/kept, it would only be able to recycle known equipment and by no means would it be able to randomly generate every available weapon in the loot pool.
Opening the Vault would finally unlock the mysteries introduced by BL2/TPS endgames and this would lead to the big finale.

Definitely. Can’t tell you how annoying it is to run OP8…and a Tubby drops an OP6 Legendary.

This. I run Sal on OP8 for the Pearl drops, nearly got them all. However, when I discovered that a Pearl I hadn’t got (Godfinger) was OP6/7, I could have cried.

I thought this was a pre-Warrior thing. Kinda pissed to find beating the Warrior didn’t do a damn thing. Even the VMs are not exempt – the items aren’t a simple tier drop down to OP7, the level of items pyramids downward rather sharply toward OP6 and green>white: 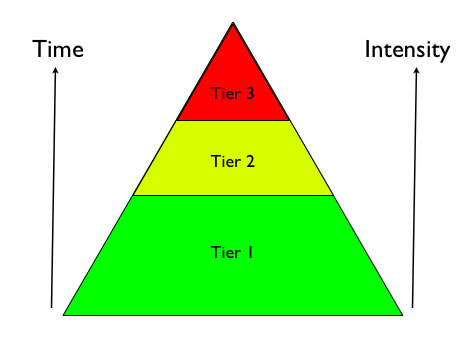 I also find irritation with the item rarity in the VMs. Consider the above grouping as orange/purple, blue, and green for rarity of the Item of the Day (IOD). The IOD is said to be better than the other items in the VM’s selection, but that’s ruined when the VM runs a majority-green rotation and rolls a green IOD. At the least, make the IOD’s rarity blue-or-better.

Another thing to fix would be enemy behavior when a player is in FFYL: Things the AI has done to piss you off
This would also tie in well with my previous suggestion that NPCs cannot clear an area of all enemies, which frustrates many a player. The most well-known is Brick in Thousand Cuts, clearing out Loaders and rendering 2Ws practically impossible.

Another thing -- YTH is Brick the only one able to damage the beacons' shields?

A TA mode (with no associated trophies) for the folks that have been doing this?: Tournament Round 3

I’d like online save files in BL3, at least for multiplayer. There’s nothing worse than some douche whose modded/hacked everything having big-noted opinions about the game. Play the game as intended before espousing ‘expertise’.

Build-a-Vault-Hunter. I would like to see some kind of character customization, more than just picking heads and skins. Let us choose from a set of classes/skill trees, and be able to mix and match to our liking. Yes, you can re-spec anytime, but I’m talking about being able to take one tree from Maya, Zer0, and Axton, for example. Also, gun customization. Custom skins/colors, parts, and elements. I can’t tell you how many times I’ve had something awesome drop, but it has a hideous sight on it or it has the wrong/no element. Being able to change them via money, moonstones, eridium, whatever would be awesome.

I would like to see the Hyperion K4RT in it. That would be epic.

I’d like online save files in BL3, at least for multiplayer. There’s nothing worse than some douche whose modded/hacked everything having big-noted opinions about the game. Play the game as intended before espousing ‘expertise’.

If you ran for office on this platform alone, I’d vote for you. Regardless of the office. You could be running for Pope, Patriarch or Caliph. I’d still vote for you.

I would like to see the Hyperion K4RT in it. That would be epic.

Does the steering on this start off REALLY bad, but get expertly good over time?

Awesome, so why not have vehicles made from different parts like other items? I guess there goes one benefit from Scooter’s death, Gearbox could implement a new system for vehicles which would allow players to find/buy and digistruct their own personal cars.

Holy crap, this thing got huge. Haven’t looked at it in a while. Decide to jump back on and the sheer volume of activity shocks me.

Don’t know about different vehicle parts but it might be cool to have relics like from the first BL to slot in to make the vehicle weapons do different elemental damage.

@tlyons8sb8 This thing needs to be nutshelled. Well, outside of my other mega-post:

@thebigguy79 I mentioned this something like this, but for the characters’ ASs…:

For the vehicles, now that you mention it…
What say a combination of the options for the Fan Boat and Sand Skiff/Runner/Technical where you can pick the turret’s weapon type and the weapon’s element (acid/fire/explosive)?

(IMHO/TBH, considering they're all in the CAR system, this should happened...)

Goliath-type enemies should process things a bit better. You’d figure that, given its description, a raging Goliath would target things that are 1) closest to it, and 2) actively attacking it. Thing is, I’ve been targeted when I’m 1) not even remotely close to it, and 2) not doing a damn thing whilst waiting for it to cap off of other nearby enemies.

Also, is there any explanation why it’ll sometimes go catatonic when nearby enemies are pouring fire into it? Because I’m sure I’m not the only one thinking that there’s hardly anything less annoying than leveling up a Loot Goon Goliath…and having it inexplicably stop a tier (or two) below GOD-liath.

Just thought about this…

Anyone think it would be cool to have two capstones per tree of which you could only choose one and the second one would then be blocked out? Could really ad to build diversity IMO but not sure if it would be necessary but who knows…

I’ve been playing through the game again and I’ve just realised that most of the time I’m simply not having fun. I’m stuck in a Skinner Box with a good story and that’s why I’m playing. I want to follow through with the characters and I want to know more about the setting, but every time I find myself maybe having some actual fun, the gameplay takes a dump on my face.

It wouldn’t matter so much if you didn’t have a death penalty, but you do. The result is that the game will basically just rob you and laugh about it because far, far too often someone is operating on a broken mental loop that challenge equals fun, right? So suddenly going from full everything to double digit health in literally half a second because you’re not an omniscient savant will be fun, right? Right?

No. No it isn’t. The game has two modes: Really Easy and Killed Immediately. That’s…not how a game like this should play. Throw in completely random loot so you potentially also don’t even have a tool in your box that you want and need, leaving you feeling like you’re being screwed by the game mechanics again, and you’ve got a recipe for frustrating challenge instead of fun challenge.

If you want to make a game where players can die practically instantly, then you need to actually design your game around that conceit. You need to slow down the pace, encourage tactical options, use of cover and movement with effective level design, and have fewer enemies with an actual, functioning AI. You make F.E.A.R. Borderlands and Borderlands 2 don’t do any of this.

What it actually sets itself up as is basically Serious Sam The Single Player MMO. You get hordes of dumb AI that are hurled at you from every direction in ridiculous set pieces. The entire thrust of Borderlands level design, let alone the rest of the game design, looks entirely like that of a big, dumb action game where you massacre billions of idiotic healthsacks and generally go around being a total badass in a universe where you have regenerating health and headbutt your way through clouds of bullets because reality is boring and power fantasies are awesooooooooooooome! There’s a God damn ‘Gunzerker’. A massive, screaming Psycho.

And then it kills you instantly like Solid Snake caught outside a box because herp derp what the hell is gameplay consistency. You get piss poor gameplay whiplash where you’re being told to be awesome and have fun and the world is crazy and silly and not serious and I’m shooting bandits in the head with a gun called the Lady Fist and now I’m instantly dead and down a huge pile of money. Great. Thanks.

A game like this should be killing you relatively slowly. It should be attritional, and a lot of the abilities even exemplify that with regenerative kill skills and the like. It should give you time to actually react, time to throw out those crazy powers, time to switch weapons because it’s loot based and built around different weapons types…but it doesn’t. It’s all or nothing.

Having played Multiplayer for the first time ever at the weekend I’d like to see solo players being punished less. We did a Pete session and got a Legendary every other run. Today I must have done around 25 solo Pete runs and got diddly. It was great fun playing as a pair but I don’t see why solo players should be the poor relation.