Bar would be a bad idea, imo. If allowed ( especially as easily exploited as it currently is ) would just allow for game-breaking, no fun for all. Well…fun for trolls and sweaty try hards but the casual gamer or serious competitor would hate it. ( we all know the probs that the BL series already has in this regard, and figuring out how to avoid them in the next )

Possibly, unlockable items in game could be good, as you progress. Not sure.

Agreed. As for matchmaking, if this is gonna go CoD-style with obtaining equipment/abilities based on level, allow the host to set a level restriction on the match. If applying a level bubble, nobody outside a range of the host’s level can enter the match; if a level ceiling is applied, nobody above the host can enter the match.

Agreed…or something in place to make unequal players (lvl wise ) equal. Like a global script making everyone the same lvl for sake of pvp only.

There’s that. Also, I forget which game it was, but I swear there was a problem in Tekken where disconnectors would claim a victory. Because that can happen unintentionally, nullify the match, regardless of the score at the time of disconnection.

I really don’t do PvP (mainly because I’m so bad at it) but if you want to try that as a separate game mode how about this: All players start with level 1 characters that have access to their action skill with basic guns and gear. Power ups in the battles would be class mods for each type of VH, relics and instant skill points. The instant skills would have a verbal description so that you can listen and decide if you want to accept it- x for yes and y for no (they are picked up like money- just run over it) so no need to open a screen while in combat. Winners get to keep the skills they unlocked and get rewarded with rare gear- and while I’m firmly opposed to forcing folks to play co-op to have a better chance to get the best gear, since this is PvP and totally voluntary, I’d have no issue with giving out exclusive gear in this game mode. Any thoughts?

@Carlton_Slayer: I also dislike PvP, but if it levels the field…

NOTE: All change(s) to the original(s) are noted in yellow.

Re. manufacturers and their base products (=not the parts)…:

Assuming B3 is after B2, a series of missions involving a renegade unit akin to the Hand of Judgment: http://starwars.wikia.com/wiki/Hand_of_Judgment
I wrote up an idea for some story, kinda based off of them and titled something like “Flight of Fireteam 54”.

F54 is a SpecOps unit that used to work for the enemy corporation, until things going on in (or by) the company prompted their desertion; they attempted to do so as quietly as possible, but things happened, and their departure ultimately didn't go unnoticed for long; corporation high-ranks prioritized their elimination to prevent F54's intel and access from being used against them before those holes could be patched. Lilith informs you that the Crimson Raiders learned of the group's desertion by electronic surveillance, planted weeks in advance for something completely unrelated, and dispatches you to attempt to recruit them. You're first tasked with tracking them down, ultimately going through a series of (main story) missions to do just that, and finally meeting up with them; unfortunately, the enemy's finally managed to do the same by that point, and organized an alpha strike to wipe you all out.

Your task is then to hold out till reinforcements arrive from Sanctuary – Lilith scrambles a CR heavy unit that includes Brick and (at least) Axton/Maya.

After the battle, you learn the group’s full story – they originally numbered five on escaping, but one was killed some time before you could rendezvous with them. Your case is made, but it’s a no-brainer considering that the group’s former employer attempted to (over)kill them.
Completing this series of missions unlocks two of them as additional playable characters; when playing as any F54 character(s), they also have a separate story sequence up until where the dispatched Vault Hunters reinforced them against the incoming alpha strike, detailing their departure.

"The other side wanted him bad. Finally narrowed his hide down to an abandoned six-story building. They quit the subtle tactics, called in an artillery strike. Leveled a square block, brought the building down on his ass." -- Mr. Rate, "Shooter" (2007)


…and I wholly agree with it. In the meantime, I’d like your input on the above gun/manufacturer suggestions.

If it’s not too forward of me, I dropped this post’s link (as it is highly relative) in your video to see what responses it gets.

@VaultHunter101: Thought you’d post here; I can C&P your post here later if it’s okay with you. But answering back, the only one I really remember kill-stealing was Brick. OMFG, Brick. And you get NOTHING for it. Just for you, Brick:

If the NPC VHs appear, there is my other suggestion that they can damage but not kill. Past a certain point, their output goes from actual damage to fancy lightshow, requiring you (the player!) to finish them off. Yay for 2Ws!

As for the story, two sides fighting each other, then coming to the conclusion that they have a common enemy, who is trying to wipe both of them out: 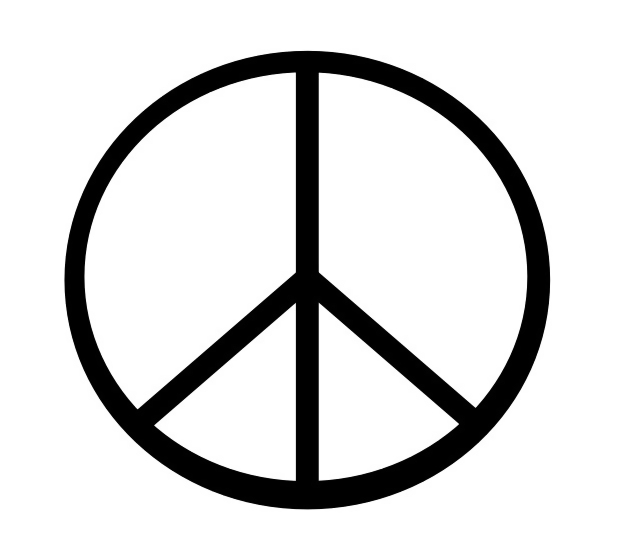 Pet AIs have a leash radius, going out to fight enemies, but following their owner as the character moves on. It’s been an annoyance to deploy Deathtrap on a Caustic Caverns run, then run into an enemy where I need him here/now…and he’s nowhere to be found while his timer is still running.

Oh wait, he’s at the beginning of that long tunnel I just passed through, fighting things while I’m getting my a** shot off? Wow, thanks.

What’s worse is taking him to Dragon Tower and he attacks the flying dragons that are totally not bothering you, yea, thanks a lot DT!

Another thing I was getting at was enhanced movement. Standard running, IMO, is kinda boring as it’s been a standard for ages from both within and without Borderlands. Personally, I liked the jump-jetting in TPS, but considered that a prototype system – not because it also ran off your O2 system, but because it was a skeleton system that gave you only a standard jump and a single (directional) thrust; IIRC, the nice thing was that the thrust’s power was dependent on the duration the jump button was held.

What I’m thinking is a better one that enables almost parkour-ish wall-jumping like this…:


…rather than contacting a wall and simply falling. This only works when you’ve contacted a surface [=wall/ground], which instantly/fully refills the bar.</font color> Additionally, it includes a thruster system for limited aerial maneuvering; it lacks the power to hover</font color>, but would allow slowing your descent, or even micro-maneuvering during descent, and the strength would be proportional to how long the jump button’s held.

It would basically work like TPS’s system with a thruster bar that refills while grounded, but with a tweak – from the ground, you can press the jump button (standalone) for a standard jump, or hold it to kick off the ground and go higher. While airborne from a…:

Also, thruster power would be stronger when your health is Critical.

Interesting idea but would you be able to use weapons while using your James Bond jetpack?

And I just saw my old(er) post about Slam-sliding: Desires For Borderlands 3
Tweaking that and adding to post #811, press jump+L3 when airborne to jet in the direction held, then hold crouch (while airborne) to slam/slide; when you’re on the ground again, you have some directional control while sliding, the duration/distance of which will be equal to double (health=non-Critical) or triple/quadruple (health=Critical) the amount of thruster bar remaining when you land.

Any word on if GBX started working on BL3?

There’s prob some things going on but you won’t hear a lot for a decent while. With a new game like Battleborn you really have to push it hard to try to establish a fan base and gain interest up until launch. It’s like you have a child and then there is a newborn on the way and the newborn gets a lot of the attention but the older child is still gonna get some love but everybody is all about the baby. Can’t wait to hear more on BL3 though. Always look forward to anything Borderlands… Easily my favorite franchise of all time.

Here’s something I’d like to see. I know that bl1 had random quest rewards. Why not bring those back, a chance to get legendary gear for quest rewards sounds good to me. I hope they still have uniques for some quest rewards just make the quest that give non uniques be able to five random gear.

What I’m thinking about are the big changes. Because I don’t think they can make Borderlands 3 just another Borderlands 2, but with different unique weapons, action skills, and skill trees. Well I guess they can, but they probably won’t.
Between each game we have seen large changes to the formula. Even the small jump from 2 to TPS brought huge change. Low Grav/Airborne Combat, Skill Trees were compressed slightly and became more synergistic in nature, Action Skills became more involved and complex, Cryo and Slams added layers of Crowd Control. For a small game, meant to fill a part of the story, they made some pretty big changes to the formula.
So what’s going to be the new twist to the gameplay, to the guns, to the skill trees, to the action skills? I’m really curious.

Just saw Bahroo’s video about double-jumping/2Jing making a return. In the comments section, there was one about changing parts. Personally, I feel such would be a good system, but it wouldn’t be a main title.

However, there is one aspect where I might be able to reverse my stance w/o really affecting the gun’s performance – the sight/scope. TMK, it doesn’t affect how the gun performs, but does affect how you do. Could be nice if the gun is otherwise perfect, but the scope/sight is not one you prefer.

(Not sure about how to implement this, tho; also, wondering if such a system would be a Pandora’s Box if so implemented…)

I think derch has a video about the part system in the next bordlands game.

My wants are simple, as Borderlands 2 is already a pretty good game, even though its now 3 years old. I would like all loot to be at mission level. I would also like the drop to be equivalent to the weapon being used - example, Make Mike and that fantastic RL he wields (and then drops you a repeater)