If you have 85 your problems are solved

I literally just finished a run with Mellka. We had 86 ops points on completion and I received both skins (Xbox).

Miko is my next character to use, so I’ll respond back when I do it with…It. Maybe it’s just a Miko thing (if it’s not a platform issue).

Update as promised: just completed with Miko with 99 ops points. Received both skins. Sorry fellow BB, looks like you got robbed. 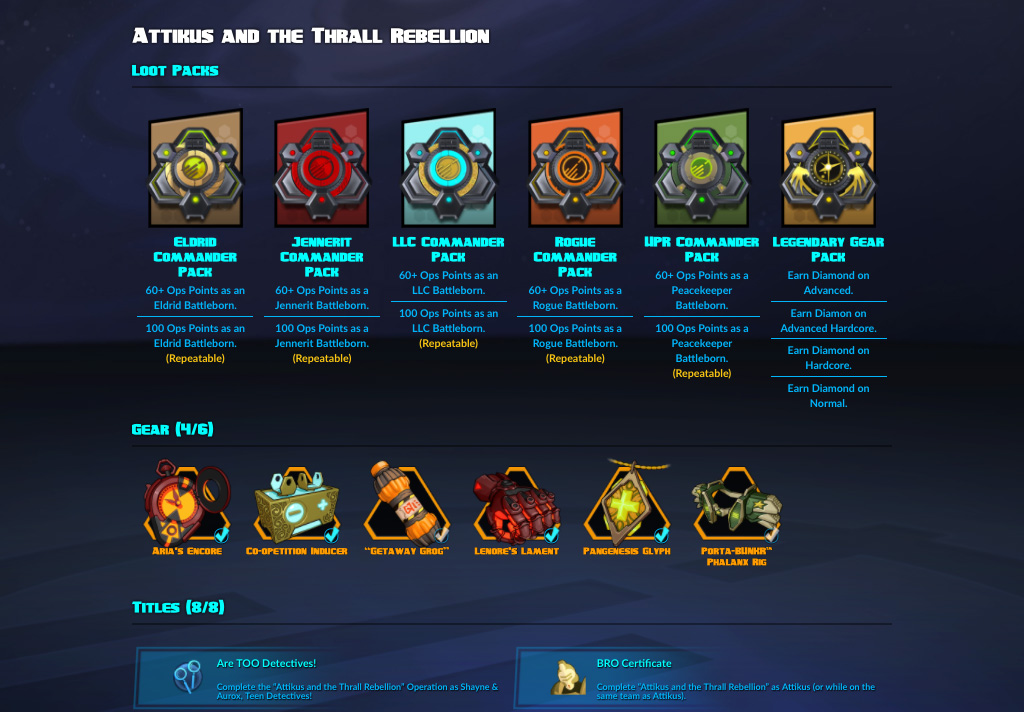 A complete list of rewards you can get from playing Battleborn Operation #1: Attikus and the Thrall Rebellion.

Thanks a bunch. this will greatly help keep track.

I did it with phoebe a bit ago and got both her skins. looks like yesterday was a bad day. thanks