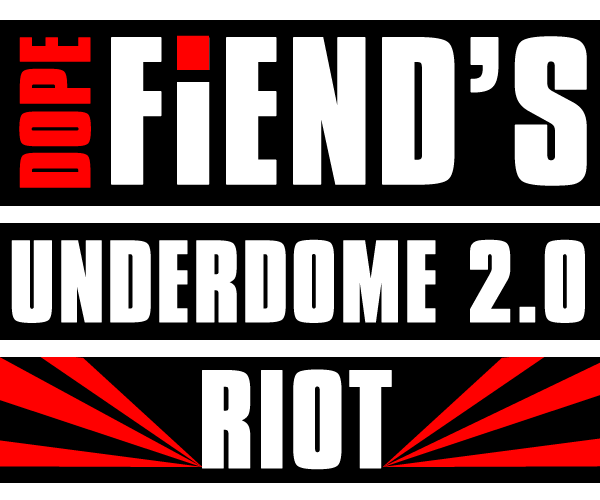 This DLC is a new and improved version of the Underdome with all new arenas, weapons, bosses, and much more content! There are currently four arenas up and running with more on the way!

Note: Back up your save files! Will this work on the mac version of borderlands 1?

That is a good question, I’m not quite sure. It would probably depend on Dr Zeds patch which can be found here. I don’t see anything about mac on there though unfortunately.

Nearing a new release for this DLC, this time with a bunch of super cool new stuff. I just have a few more weapons to create missions to finish and things to tidy up. I promise a new download link within the week.

Just going to post here to kinda of bump the thread a bit and say that this is awesome since edits don’t show when the last post was made properly.

Whoa. I had no clue the new update was out! Hell yes.

Yup, as of yesterday! Let me know what you guys think.

Lookin’ tight Dope (like that adverb). Ha maybe you should throw my custom items into the loot-pool of completing a round. That’ll be awesome and another reason for people to start having fun throughout the waves.

Anyway keep up the good work. I really need to get back to my 4th weapon and 2nd gear pack. But Far Cry 4 is really demanding my attention…

Hey thanks I just might do that with the loot pools. I still have a lot of work to do on my weapons, but I’m going to focus on those after I finish up this next arena or two I think.

Here is a progress screenshot of where I am with the new arena (Crimson Halls) Hope you all like decals, 130 and rising. Looks like a circular arena. Are there going to be outcrops so that its not an entire circle that your bound to?

Also may I give advice on the Danger Canyon map? Add some volumetric fog or something of the sort to give it some more lively feel to it. It is kinda barren looking without it.

Anyway keep up the nice work.

Yeah the arena is completely circular. I was originally planning to make hallways following the outer walls with upper and lower levels and a couple catwalks on the upper level, but I’m unsure of how well it will suit the arena. I may still attempt it since I am way ahead of schedule.

As for Danger Canyon I agree, the top area and hill down could use a bit more objects and detail. Maybe I could even figure out some new lighting techniques like they use in the second game. Oh! and particle effects, I completely forgot about particle effects. Definitely going to have to add some snow blowing around or something of the sort.

That’s what I meant to say. Just make it frigid. Maybe pull something out of BL2’s snow maps.

Great stuff!! I’m really enjoying the new arenas. Is there a way to make the items awarded after the round decay faster? I play a Ransack Hunter with some of the available loot-drop shields. There are so many items on the ground that framerate drops dramaticaly near round 4. Other than that, everything is awesome!! Keep up the great work.

I’m glad you’re enjoying them! And yes I have planned to make loot despawn at the beginning of the boss wave of the next round. That way you pretty much have an entire round to look through your loot while keeping it fresh and clean on the ground.

Progress has been slow this week, but here’s a progress screenshot.

I have expanded the arena and added an upper level with a nice blueish light to off set all the red in the map.
On that note I built all the lighting on my new monitor which has desaturated colors compared to my old one so all the red has to be toned down majorly. I tried easing the color with a desaturation post process effect, but it’s just not the same.

Plan to hopefully get a bit more done this weekend.

Excuse me Dopefiend, could you possibly do a weapon spotlight? I am unable to download the dlc (no copy of bl1 on PC) and I’d love to see the shotguns.

Sure! I’ll upload the package and post it with the downloads.

Edit: Or did you mean show pictures with descriptions of each weapon?