DLCS should be free not PAY TO WIN

I was exited to see dlcs till I read this ''MOXXIS HIEST,HANDSOME JACKS DLC WILL BE FREE TO PLAY 21ST TO THE 21ST ‘’ Excuse me but what the abslute F…k. One single day free? Sorry but no… If you do that youve steped into the shoes of bethesdia witch are complete f…k as…es. And then this ‘‘if you want all the dlcs free pay 59.99 for the season pass’’. How about i don’t. And let me explain why borderlands 2 had the pass for only 35 …so no i won’t pay That Especially sense i payed 100$ for the pre order if anything pre oders should get the dlcs free thats what bl2 did but no your chargeing for it… Im sorry but Dam…GET YOUR LIFE CHECKED.

If you paid $59, then no, you must pay for them like what happened in all the other BL series.

It did, however as the paid dlc hasn’t dropped yet and entry to the new content can already be interacted with it has been reported that even people with the season pass are being sent to purchase the dlc from respective stores…

Yes it does and I, too, would like to see where it was stated that Moxxi’s DLC would be free.

What are the “facts” that say it should be free?

I understand being upset, but making sensible arguments would go a long way too helping others explain things. Random terms stringed into a single complaint won’t get you any assistance.

this is what I am thinking.

It’s best to just lock this up before it escalates further.

''MOXXIS HIEST,HANDSOME JACKS DLC WILL BE FREE TO PLAY 21ST TO THE 21ST

Like when you smell yourself and realize that your going to be smelling ripe later on?

Its not trolling little jhonny

Firstly, bl2 is a title not a phrase… Secondly it wasn’t free in bl2… Thirdly GLHF

Bl2 isnt my phrase this however is… Pre oders should get them free. And it shouldnt be 25$ it should be 15 and further more if the post gets locked ill most likely repost a diffrent worded verson.

It’s only happening at this point because the dlc can’t be loaded until the 19th - I think. Once it gets downloaded from the store the game itself should recognize access and stop recommending season pass sales…

Just a side effect of preloading content in the patch today that no one anticipated is all. 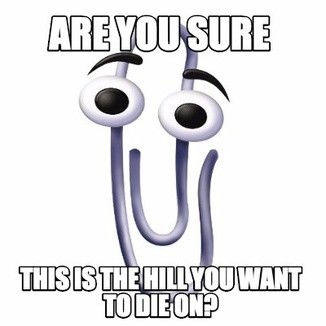 No, you can’t just expect people or a company to dish time into something which doesn’t turn a profit.
Free DLC? Have you ever played a Borderlands DLC?! Besides being fully fleshed out they add a lot of lore.
If you want free go to Fartnut.

This is why i hate this genriaton the pay out of pocket for over priced things. and i relise new team new rules but still facts stand it shouldnt be over priced and that opionion wont change

I didn’t checked but pretty sure it’s not a case. On PS4 if you have Season Pass all DLC are free (once available) when you go into details.
It’s not available in PS Store right now, so I guess if you select go to store/buy via Sanctuary it’ll move you to Season Pass (I’ll check tomorrow).