Frederik Schreiber has had access to older builds of a lot of 3D Realms titles for some time now.
And in the past, he has talked about the various unfinished builds.

Specifically… DNF’s multiple builds.
Well, DSOgaming recently published an article in which they discuss the famed 2001 Unreal Engine based build of DNF.

In which Frederick describes the game…

this 2001 version packs 14-16 hours of gameplay and it played partly as an RPG in terms of goals. Players basically had Mission Objectives on their HUD and they could activate them, like quests. Furthermore, you also had an inventory with ID badges, keycards, etc.

In Duke Nukem Forever 2001, players meet and save NPCs, solve puzzles, and try and solve the mystery of what’s going on. Then they meet the infected EDF who’s attacking them and the story evolves from there.

The article goes on in some length about the title. Including this image of the game’s directory… 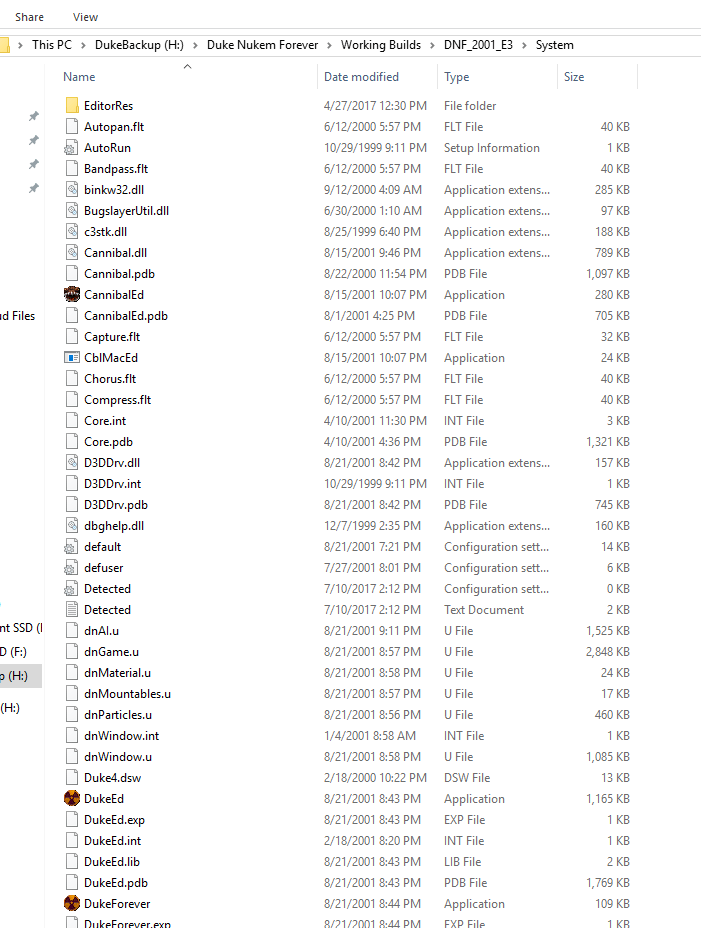 Frederik and 3DRealms have said they would love to release this, and other older builds of DNF. They would gladly do the work themselves.
Last year in a video interview, Randy said he would like to release a large collection of such material. In which Frederik volunteered his studio to do.

So far, nothing has come from it (that we know of). Sometimes things happen behind the scenes before anything is ever known. Personally, I am hoping this is the case. That work is being done, and soon we’ll get such an announcement.
Otherwise… I’m prepared to start bugging, annoying, begging, pestering and outright demanding this build get released.

Until a dream comes true, I’ll leave this right here…

Lets hope this build of DNF, the one fans wanted and deserved, gets to see the light of day.

“You think those sunglasses make you look cool or somethin’?”