Do We Really Want Innovation?

I watched a video, from the game theory on why creative/innovative games aren’t financially feasible, and how even when done with franchises we love and/or are critically acclaimed they struggle to get big sales.
The point the video was trying to make was that even though we say we’re tired of playing the same games, we still go for the ‘tried and tested’ instead of the new thing

I’ve been giving it some thought and i realised as much as i call for innovation i don’t support it as much as i could; i was late to buy the wii, don’t see it as a priority to buy the wii u, never bought an indie game… ever (practically played none of the ones given to me by ps plus), almost always go for sequels first over new IPs and generally stick to gaming genres i know i like instead going for one i’m not to sure of.

Does that mean i don’t like innovation? i don’t think so, but it does mean i could try harder to support creative developers and games.

I want to know if anyone else prays to the skies for more interesting AAA games but SOMETIMES, sometimes shies away from them when they make it to their front door?

Now, i’m not trying to rub people the wrong way or looking for yes or no answers, I would like it people really thought about the question than answered with informed opinions and well explained points of view. Thank you.

The movies and music that play to the masses also does better than the ones that push things in general.

We still need and should support innovation, but not expect it to be the best selling because most people are boring and are not intellectualy curious. Eventually those innovations work their way to the mainstream product.

Both of you watched the video right?

Yes I watched it a long time ago, did you read the Theory part?

did you read the Theory part?

‘Hey, its just a theory, a GAME theory.’

Also I asked a question, I wasn’t trying to make a statement (, or piss people off)

I was just curious to discover what other people in the forum would think.

I want to engage in discussion NOT agitation and thought this might be an interesting subject to delve in.

I responded with points, I’m out and about on my phone, ill watch it later.

Ok I watched the video and my point from above remains

The movies and music that play to the masses also does better than the ones that push things in general.

We still need and should support innovation, but not expect it to be the best selling because most people are boring and are not intellectualy curious. Eventually those innovations work their way to the mainstream product.

This is something that is throughout art and creative processes. It’s nothing new and it doesn’t mean that people don’t want innovation, they are just slow to accept it, but even outside of art, in all ways of life.

What I find ironic is on the title screen they say “the smartest show in gaming” while the video is quite the opposite and also dishonest.

They picked and chose data points to prove their point, and that is dishonest.

Like Twister said above look at Borderlands, a new IP with innovation that did very well, there are many more examples of fresh ideas that hit it big, and also many that fail. There are sequels that do better and some that don’t.

But in the end like all art, well known properties that are made to appeal to the masses do, and others don’t do as well. But it doesn’t mean we don’t want or support innovation and it doesn’t mean something new can’t do well.

I’m quite the opposite. I don’t buy games because there big titles, I buy them because i think i’ll like them. I buy games that someone crafted with love, not cranked out of EA’s game-mill. For example, Ori and the Blind Forest, or Shadow of the Colossus.

Neither do i. i never buy a game because of the title, i buy sequels/franchises games because i’ve played them before and loved them (i don’t play cod, battlefield or madden for example).

is zelda the twilight princess derivative of the ocarina of time? yes, but it does make it any less of a great game. also did you watch the video?

i don’t play cod, battlefield or madden for example

Nope, not a fan. nor halo, destiny, etc. 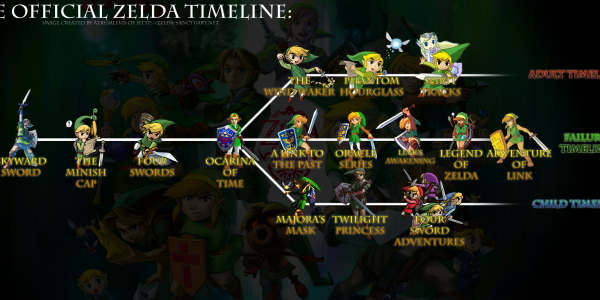 the first borderlands did okay (about 4-5 million) but the sequel, the SEQUEL did three times that! Do you see what i’m getting at. Why did okami and shadow of colossus games, on the best selling console of all time (over 150 millions units!) sell less than 1 million. They were critically acclaimed!
Genius games loved by most who played them (, which sadly wasn’t much) but why didn’t they?

People got fed up with Nintendo for being so far behind the curve with hardware, no because the innovation.

but why do graphics matter so much? look at the console wars between ps4 and xbox one, do minute reselution differences really matter or shouldn’t gameplay always supersede it (, i’m not saying i want games with ugly graphics by the way).

And your point is?

or said you play un-innovative games
did you read ALL that i wrote or watch the video?

yes i read it, and watched the video.
I happen to own both a wii and a wiiU. Simply because to me, the games are better. If I bought a PS4 i would buy maybe 3-4 games. My wii is modded and I have like 50 games on it, from like 8 different consoles. And if I so chose, I could swap in literally hundreds of others on there.

Another example - Steam.
On Steam, I can buy hundreds of games for under 5 bucks each. Fantastic indie games that no AAA would touch because they don’t think they’re worth the risk. I would love to see a successor to shadow of the colossus, where baby you from the end is grown up…again. man thats meta.

BUT. But. we can and do make a difference. Shenmue 3 is being developed, 16 years later. Why? How?

On July 17th, the Kickstarter campaign for Shenmue III drew to a finish. Because of you, the backers and the fans, Shenmue III set the Guinness record for the fastest game to reach $1 million, past the funding goal of $2 million in just 8 and a half hours, set the record for video games on Kickstarter, and became the 6th most funded project on Kickstarter, collecting $6.33 million.

Yes, we CAN make a difference. We can have awesome, innovative games. People just have to want them bad enough.

But. we can and do make a difference. Shenmue 3 is being developed, 16 years later.

Yes, we CAN make a difference. We can have awesome, innovative games. People just have to want them bad enough.

This was never a question of ‘can’ we make a difference, of course we can. we’re the consumers they’re the producers.

its great that shenmue 3 is getting developed and all, but it doesn’t change the fact Shenmue 3 is a sequel, a sequel from a game series that didn’t sell well because they dared to be different.

My question is if we want innovative games so badly why don’t we buy them as much we could. Mario galaxy 1 and 2 were great games, beloved games, but couldn’t come close the ‘tried and tested’ routine of a super mario bros. games.
Were the Mario galaxy games badly designed? No. Not fun or interesting? No. they where different and that was enough to keep them from experiencing the love (purchases) that Mario Party 8 got.
Mario Party 8?

Woah there cowboy. Don’t you go dissing mario party. Remember when the first one came out and a good chunk of the games involved rotating the control and kids were getting palm blisters from doing it to fast? That was the bomb. Mario Party was a breakout success because it was a interactive multi-player board game that became a interactive multiplayer drinking game as you became older.

Mario Galaxy was balla as well. As was the Wii in general, especially when you had people over all the time.

Do you remember Donkey Conga? Man, we used to have multiplayer battles with those congo drum controllers all the time.

The gamecube may just be my favourite console of all time (, it was the one i grew up with), but it didn’t sell well.

Which brings me back to my point, as good a game as mario party 8 was it’s still a ‘party’ game, it shouldn’t have been able to out sell super mario galaxy 2.
that would be like if rockstar went and made a party game called GTP (grand theft PARTY!!!) and it’s 8 game sold more than red dead redemption 2, its insane.

We have a completely different perspective here. While innovation is a great thing, not everything that is innovative is great. I grew up as a huge Nintendo gamer: I had a NES in early grade school, SNES in late grade school, N64 in Jr High, Gamecube in High School and Wii in college. There are plenty of well established games that do come out that are popular, but there were a lot of games that were innovative that became established series as well. The original Mario Party was a gem when it came out, there really wasn’t anything like it at the time. It’s appeal is in the simplicity it takes to pick up and play. I have played 1-8 and there is one thing that has never changed about it: I can have non-gamers over and they will be able to play the game easily and they will have fun. It is perfectly capable of outselling Super Mario Galaxy 2 because it’s easier to pick up and much much faster to finish. I loved both super Mario galaxies and me and my gamer friends sat down and tore up both games, but it’s definitely the more complicated game and won’t appeal to anyone who doesn’t want to make a long enough time investment to finish it. The entire beauty of the Wii was that the motion controls could allow people to control through movement and weather that means a dancing game, where people are getting their groove on during a party, or a tennis game you played with your uncle when you were coming down from a hangover, the easy to understand controls made it much more relateable and appealing to social and casual gamers.

Innovation can and does get well received at times when it’s something spectacular, but it shouldn’t just be given a free pass to success because it’s a new idea. The idea needs to be well thought out and presented in a way that makes it appealing to a large group of people to be able to succeed.

I love the gamecube as well. Pikmin was an awesome game when it came out and I was glad it inspired sequels. You know what one of my favorite non-succeful GC games was? Eternal Darkness: Sanity’s Requiem. It had a sanity meter and every time you saw an undead enemy the meter would start to drop, the screen would start to tilt and it would get worse as it fell. All the walls in the game would start to bleed and the game would just mess with you (if you hit save it would say delete, use heal and your head blows up) before flashing you back to your original position with your character screaming at hallucinations. That was a fun game.

[quote=“itsTwister, post:6, topic:538032”]
Innovation = Overwatch, TF2, Borderlands etc. etc
[/quote]wut?
Maybe when I see ‘innovation’ I relate that too and over think it to being something completely new and original.
idk