Does boll drop the fastball?

Like the title says. Did they actually fix it? I have bl2 for ps3 and its up to date do I wanna know before farming… 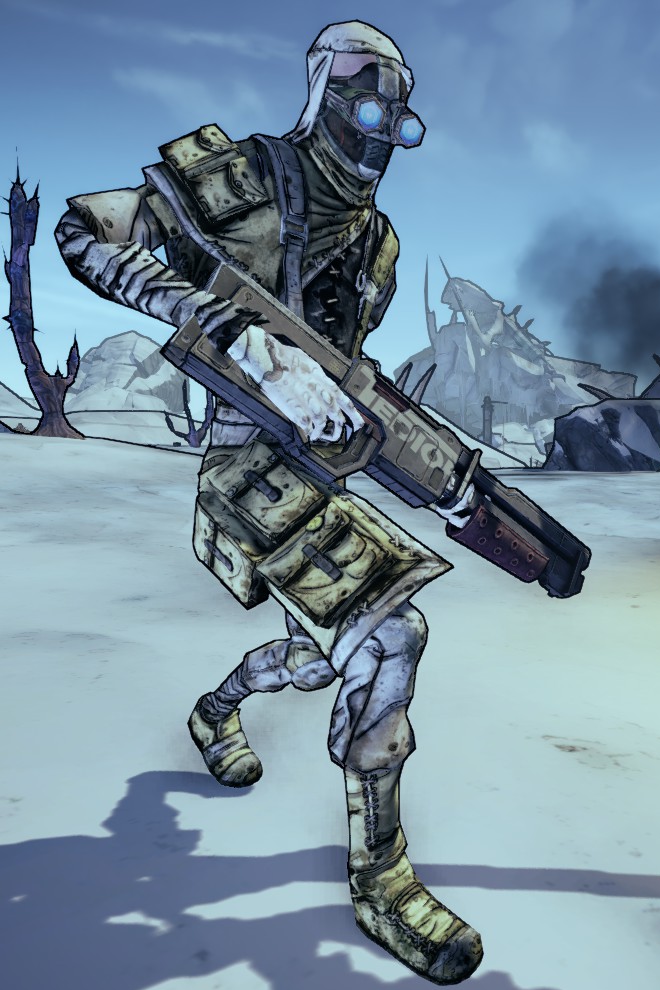 Boll is a lone Field Rat, with a pack of skags, in Borderlands 2. Boll possesses ECHO Recorders that prove Lilith survived Hyperion's takeover of New Haven. During the mission In Memoriam, the Vault Hunters find these ECHOs for Lilith before Hyperion...

Yes, it has been fixed with the last patch. Boll now drops the Fastball. I just completed my all elements/max damage Fastball collection last week by farming him. So farm away!

Great!! I want to try this.

What was your success rate on drops??

Do you have to take a mission or is it regular story line??

Great!! I want to try this.

What was your success rate on drops??

Do you have to take a mission or is it regular story line??

The drop rate is pretty much the same as with every other legendary source in the game, roughly 1 drop out of 10 tries. Sometimes less, sometimes more. I don’t think I went more than 30 tries without a drop. However, it took me quite a while to get all of them.

You need to complete the mission (“In Memoriam”, I think) to unlock Boll. After that, he’ll respawn in his camp in Three Horns - Divide every time you save and quit.

Well I tried it yesterday and got a shock fastball first try so im guessing its pretty high. Good luck though

I’m coming back. I always wanted to make a fast ball Krieg, but could never get it. I tried farming the train but it never showed. Finally my dreams can be complete.

Must have been my lucky night!

hi, how do you farm Boll:cry:

ok. thanks a lot.

Wow, I can’t believe i’m seeing this! Finally fixed after all this time. Good to know

I’ve been hearing that the fastball is good for surveyors, so I’m going to try farming him too. Let you know the drop rate soon.

I did 12 runs with no drops last night. I’ll try again soon.

if you want we can farm together for better drop chances, I play on pc, pm me if you want.

Does boll drop the fastball on xbox360 without patch?

Like all other dedicated drops, Boll has a 10% chance to drop the Fastball regardless of mode (Normal,True, Ultimate) or platform.

If you mean without the title update, that would depend on which version of the game you have and when you bought it, since Boll’s drop was glitched (actually missing, according to the patch notes) on release but subsequently fixed.

I just did a little poking around on my 360 version (BL2 GOTY disk, installed to internal hard drive). Unfortunately, there doesn’t appear to be any way to get a version number for either the game or the title update.

You need the final October 2015 update to have a chance for Boll dropping the Fastball as Jefe says. The only other information I can give you on that is that it’s an 8 MB file. You can check if you have it by going to System Settings > Storage > drive > Games & Apps > Borderlands 2.

I’m going to close this now since it’s a really out-of-date topic. If you have any questions, please follow up in the BL2 360 Tech Support section.