I am a big Dragon Ball Z and now Super fan. I love the story arch happening in the Tournament of power currently taking place. The last episode I watched was 111 where Hit was eliminated from the Tournament by Jiren.

That was a big surprise for me to see Hit eliminated in a single episode. The way they’ve built Hit up to be one of the strongest in the tournament left me disappointed in what I saw. I am wondering if there is more than meets the eye here? Given he can occupy a different space/time and leaving a phantom of himself. He’s special abilities leave me wondering if he’s truly out?!

And what’s up with the Zeno’s not noticing Goku was still alive. They almost pushed the button signifying he was out. How can the high priest and Zeno’s(there are two of them) couldn’t sense Goku. This (I think) is leading to Goku’s “true” awakening which I think has yet to be seen. I think the Awakening episode(110) showed Goku just breaking new ground but not fully “there” yet if you follow me. I think Goku will end up mastering this new ability/power and bring something epic to the table, so-to-speak.

Anyways, lets discuss, shall we?

I have… hmm, reservations about the new art style, the two “god” characters Beerus and Whis, and the new transformations (ie: Super Saiyan God)

That’s just not the same as the one in the Cell Saga.

That’s just not the same as the one in the Cell Saga.

That is because they have pushed past that threshold of power into a new form/power. It went SS1, SS2, SS3 then SSGod and then SSBlue. There are subtle increases within each new form/ability. For example: SSBlue Goku has been applying his King Kai Fist that he learned from King Kai back in the original when he used that technique against Vageta when they first met. He is using that technique combined with SSBlue(Super Saiyan Blue) in order to keep up with Jiren(that didn’t work out for Goku but it helped him break through his current barrier and into uncharted territory).

I don’t follow the Dragon Ball GT series, BTW. I’m a die hard fan of the original creater. I was super excited when they released Battle of the Gods, and then Resurrection F when Freiza came back form the dead.

This new story arch seems to coincide with those events, which pleases me.

Edit: I have heard rumor of a new movie coming out having to do with Goku’s new Awakening.

I am mostly curious about Vegeta’s behavior. Whenever Goku showed some new power, he basically threw a temper tantrum. With Ultra Instinct on the other hand he wasn’t even surprised so it seems he is hiding something which may or may not be shown in the next episode.

(Pretty down though so I will probably not be around much…)

I am mostly curious about Vegeta’s behavior.

Yep, I’m all over that too.

Whenever Goku showed some new power, he basically threw a temper tantrum.

Vageta ALWAYS does that when Anyone on his side is stronger than himself. That’s just Vageta. lol

With Ultra Instinct on the other hand he wasn’t even surprised so it seems he is hiding something which may or may not be shown in the next episode.

This is where i differ. I think Vageta did show a surpised look on his face. and when he was talking to Goku, he asked what was that? and Goku responded that he doesn’t even know what that was. So it seems to be falling into place as I see it. Vageta is going to break through new ground while Goku just did. Gohan hasn’t really been released to his full potential yet either. So some things are about to unfold and I’m very curious how this unfolds. lots of variables that are undefined so I can’t really say one way or the other.

This is where i differ. I think Vageta did show a surpised look on his face. and when he was talking to Goku, he asked what was that? and Goku responded that he doesn’t even know what that was. So it seems to be falling into place as I see it. Vageta is going to break through new ground while Goku just did.

Not his usual surprise anyway. No anger but a calculated calmness. A far cry from his reaction to Super Saiyan Blue Kaio-ken x10.

That is because they have pushed past that threshold of power into a new form/power.

I get that they are more powerful but that’s not what I meant. Just on a pure art style standpoint. It’s the same thing with comics and any other visual storytelling medium. It doesn’t matter if the story is great, if the art style isn’t there which it’s not here. If the art style is garbage, then there is no point in watching it.

I think this video highlights my feelings really well.

Whenever Goku showed some new power, he basically threw a temper tantrum.

I agree even though his character did change over the course of the series. He could have not cared anymore. I think he’s always known, especially in the Frieza Saga, that Goku was always going to be stronger than he was.

that Goku was always going to be stronger than he was.

I am not so sure about this. I think the Prince of all Saiyan’s is about to have his day. Just a hunch.

And about the art/style, I understand what you mean now. Basically, its hand drawn vs. computer animated. I see your point. I am on the opposite end of that spectrum. I love the new art style adding more detail and 3D type of action during battles. They spin the camera around giving a “fuller” perspective of the environment. I like it. I will admit however, that when Pixar came along I was not a fan of computer animation. I prefered the hand drawn cartoons. Remember Inspector Gadget?! loved that one. But after being subjected to it for over a decade now, it grew on me. Now I prefer it. Strange how that worked out. lol

Edit: I should add that I own all the original Dragon Ball Z episodes. And when this new series is available for purchase, I’ll own those as well.

Oh, and both theatrical films as well. Can’t wait for the new movie to come out.

Also just pointing it out… wouldn’t it make sense and I know they’ve erased much of the Dragonball GT stuff but shouldn’t have SSJGod form been an extension of this form? 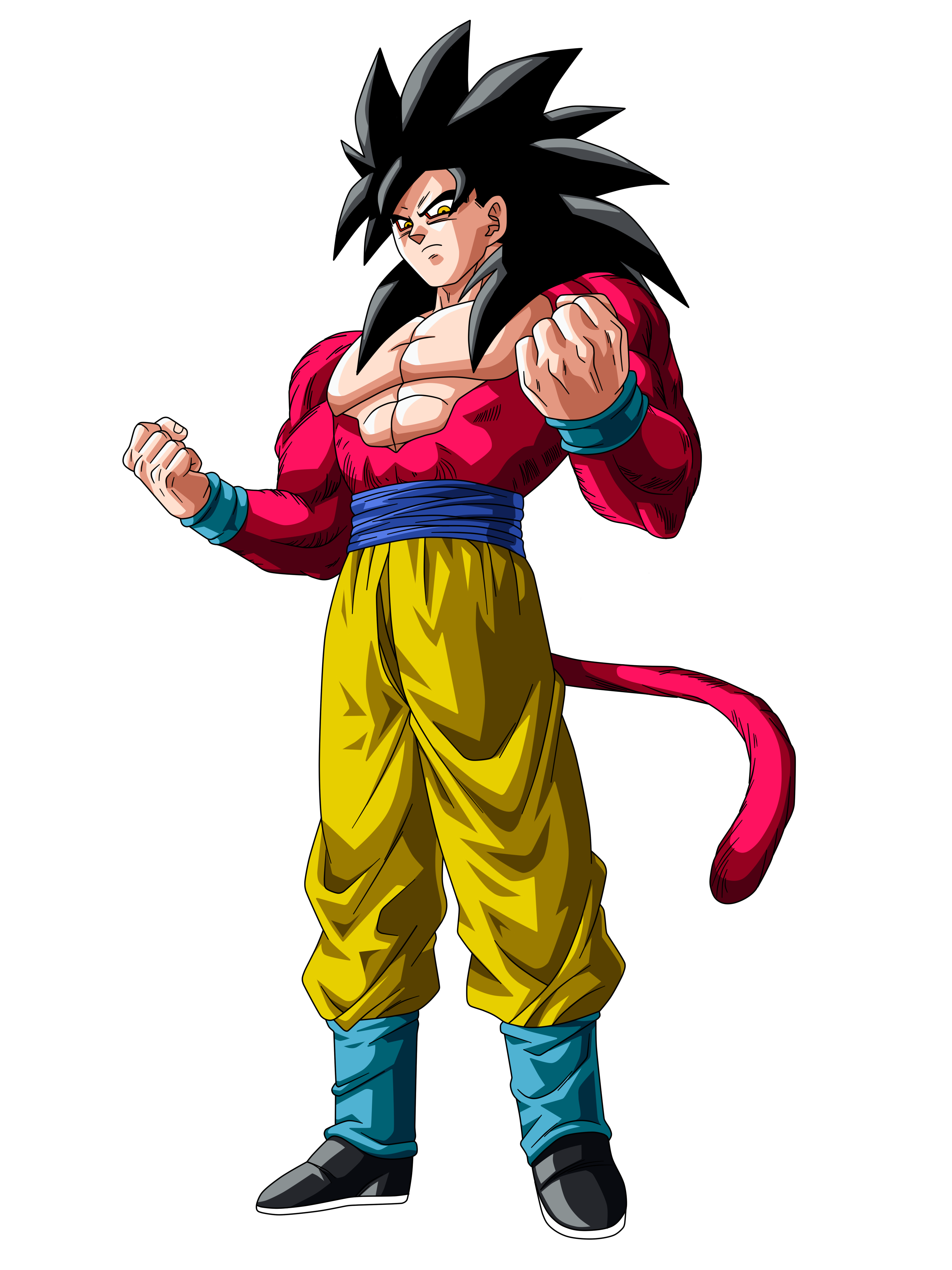 Going forward rather than backwards to SSJ2 and making it blue.

Might I add one last thing, in Z/GT, the weight and gravity of their attacks, transformations had more impact and severity, just case and point, that Final Flash compared to the one in the Cell Saga, will find the video here in a second. They had more of an epic feel, belay the art style for a second, Toei animation was just a better company twenty something years ago. Cause you knew when that attack went off, it was an Oh ■■■■ moment than if the villain came back or blocked it, you were then like Oh ■■■■.

I’m happy that Dragonball is back in some shape or form but it’s just like with Sailor Moon Crystal. It’s poorly done. They lost some magic of it within the years. By the way, the ■■■■■■■ best thing about the series is that video right there. Why he will always be my favorite character in the series.

Yes!!! Another chance to post my umpire Whis screenshot I took a while back:

I was kinda disappointed at how short the fight between Hit and Jiren was as well, but I get why they did him in like that. He was the one pushing Goku before when they fought as Hit kept improving Time Skip. I guess they wanted to show just how far and away Jiren is; I feel like he still wasn’t even close to his limit when he broke out of Hit’s freeze move.

It’s hard to say about the Grand Priest and Zen-chan. I’m sure the Grand Priest can sense ki, but I honestly wouldn’t be surprised if the Zeno’s can’t (or don’t know how). Grand Priest might’ve just not wanted to ruin the surprise for them. He’s basically just babysitting toddlers who happen to be the most powerful beings in existence. lol

And I definitely agree on Goku transformation. He’s gonna figure out how to maintain it and/or find an SSJ/SSB version of it or something.

I’ll be watching this thread for awhile. I look forward to discussing saturdays episode when it comes out.

And since it’s already here on my flash drive, another one of my favorites: when these two came out of the RoSaT stankin’

Man, I also love the soundtrack from all of DBS. That Zamasu theme is perfection.

It’s so ridiculous, but this is one my favorites. I remember it from when Goku first met Zeno, it’s the most Zen-channy thing I’ve ever heard and it makes me so happy. lol

I see you Stout and I raise you…

Just for the giggles.

This is SICK! thanks @jhunter922

I’m listening to it now. I"m gonna loop it. it’s so soothing.

I don’t like Super, mostly because it has taken DBZ’s somewhat annoying “a stronger foe every season” formula and recycled it a half dozen times in one season. Beerus. Evil Beerus. Whis. Golden Freiza. Frog God Thing. Where does it end?

Plus, it seriously irks me that the same heroes that were able to destroy planets at their weakest can barely cause an appreciable bang despite being strong enough to tear the fabric of the universe. I also see a lot of annoying and uneeded humor, and more “deja fu” sequences than in the old show.

It does have it’s moments for me though.

EDIT:
Also, super saiyan 3 Goku’s theme is my number one workout theme, and one of my all-time favorite musical tracks. It keeps reminding me that i can go

It took me soooooo long to figure out which song it was. It does need to be looped for like a half hour. lol

This doesn’t bother me at all. Because I’m listening to what @jhunter922 posted. it has me sooo relaxed. lol

I know I took your text out of context, but I had to…

Also, super saiyan 3 Goku’s theme is my number one workout theme, and one of my all-time favorite musical tracks. It keeps reminding me that i can go