Continuing the discussion from Battleborn Fancraft <3:

Work in progress of my Eldrid logo - maybe I´ll post a tutorial when I´m done with it.

Golden and brown polymerclay, ovenhardend. Premo, Sculpey, Cernit and Fimo work the same here. Of course you can take any color you like.
-a simpel knife for cutting clay
-workingplate (I use books enveloped in tinfoil xD )

For the base first make a ball of brown clay, flatten it slowly until you´ve a round medal. You can use a cookie cutter to make it easier. Just roll out the clay like dough and stamp out a medal.
Attach a triangel of brown clay on top. Then it should look like this:

Roll out golden clay and cut out a drop in fitting size. Rework the edges with your fingertips to make the edges smooth. Also start to make rolls from golden clay for the further details. You´ll work step by step, trust me, its far simpler this way!
Take one roll to form the second bigger teardrop shape, which is embracing the center drop. Bend it in the middle and lay it in pose. Then you can mark the places you cut the roll.

After you cut the roll symmetrically, fuse the edges together again

Smooth the fused line with a sculpting tool or with your fingertips - be patient. Its like the rule for brushes hair. A hundrets strokes make a good finish. Clay is evil and tricky, so be gentle^^
After you done it should look like this:

Lets test it and set the golden arc onto the base and arround the central drop.

Now we take a shortcut and start the outer ring. Make a long roll from golden clay with symmetrical pointy ends. Try if the length and form are okay by laying the roll onto the brown clay base

Marks set, now ake it off the base again and cut the roll in three pieces, one tiny center piece, two long pieces for left and right framing of the symbol.

Now for the really tricky part - those nice sicle-like details holding the central drop. For the sicles make two roll of the same length, diameter and form

Then: Do the Bender! At best take measures before you do the Bender. Bend and sculpt the roll until it takes form of the desired sicle

For straight angles a knife comes in handy. Also flatten the roll a bit to give it the wished form. Smooth fingerprints with gentle strokes over the clays surface. Now try if the sicles have a good size. If not - cut and refine again. At the end it should look like this:

Now its nearly done and you can take the last steps: Setting on the frame parts you already prepared before. First set in the smaller middle triangel shaped piece. If its not fiting, no problem, just cut and refine. I had to rework it twice too^^
Then you can lay on the left and right rolls which frame. Maybe flatten the pieces a bit before you attach them on the base.

Almost ready for baking!!! /;o;/ Just to refine it at some points, smoothing out fingerprints and into the kiln with it!

After baking you can add varnish and paint if you desire. I did not. Why? This was my 3rd Eldrid Pendant, but the first that did´nt turned out crappy. Both earlier pieces got crappified due to bubbly varnish. Fear the bubbles!
If you´ve fingerprints on your pendant - use fine sandingpaper to smooth the surface and add clear acrylic varnish or PearlEx-Varnish.

I simply added two loops and a brass chain^^

Soooooooooooooooo I hope you like what you saw and that it may be help the one or other of you to get started with some badass fancrafts^^
If you have any questions about polymerclays, sculpting, painting, texturing or anything related to crafts just leave a reply or message me!

Can’t like this post enough. Not only do you post it, you take the time to show us step by step how you did it. Massive props.

Awwww thank you very very much!

I´m glad you like it! I thought it might encourage some crafty fanlove^^
And because I hate it if people reply with “Thats not handmade!” or “I don´t believe you did this!” so I thought its best to show a usual workthrough.

As a cosplayer of sorts, I understand that wholeheartedly. Yet most of the people in the cosplay community are like, “What did you make that out of?” more than “You didn’t make that yourself.”

… well some of them.

Thx for the tutorial

They (this one and the others) look great, my wife also likes the Pride Rock (lion king) you made.
Next time when i see my son playing with clay i might attempt to try something else than making my marzipan duckies. 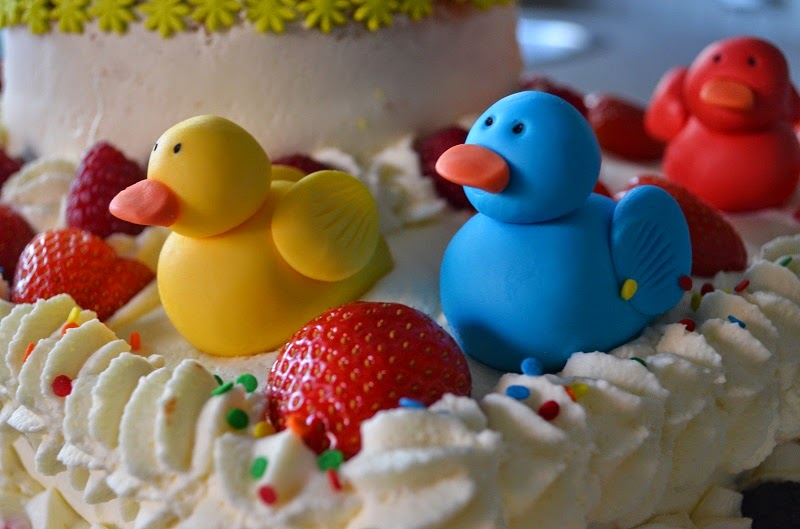 xD I´m like that too, I´m always curious how people craft certain things and ned to try it out myself^^ What Cosplays did you made so far? Kinda excited now! I just supply cosplayers with stuff, never did one myself, to shy for that >.<

Awwwwwww those are hypercute! You´ve a certain talent for sculpting, I feel it!

I´m so happy you like it! I love drawing too, but crafting things is my favourite way to show my love for a fandom^^ Kinda, to bring it to reality that way.

Just some random thoughts:
Would the polymerclay stick to either clear styrene sheet (the kind you can get from hobby stores for making windows for models) or overhead transparencies? If so, you could sketch up your design, then tape the clear sheet over the top and use that as a template - it would make it easier to get the parts the right size. Even better if you had the transparencies you can put through a laser or ink-jet printer - just print the design, turn the transparency over, and bingo! (Might be hard to get now that everyone’s doing PowerPointless presentations though).

Great job on the pendant, though!

When I was a kid, I’d occasionally be given an animal made of marzipan and chocolate. One time, I got this cute little hedgehog, and I was torn between keeping it and eating it. (This was, of course, long before cell-phone cameras.) Needless to say, the chocolate decided the hedgehog’s fate…

Thats a great idea! I usually sketch more complicated things onto my workplate or cut a template, like for graffiti.
Its difficult though, since the clays react very strangely to some plastics. Most they don´t stick on or react with, but some literally get eaten up by the clay O.O I´ll try today with some foil I´ve here to laminate tradingcards^^
Thank you very much!

Me too, same dilemma! =D We live close to Lübeck, marzipan capital city, so it was the same issue every christmas xD
Oh eatable badassitude me and my boyfriend baked last year christmas

If the Torgue one didn’t explode, i’d be disappointed.

No need to be disappointed - WE SIMPLY BLEW IT UP!!! on new years eve, with firecrackers xD It was the best part of the whole day!
Though I rather wish the Tediore cookie would have been actually functional = respawning -o-

So, any other ideas or wishes for Battleborn related charms, pendants or wearables?

Also: Just started the work on Mikos Kunai, hope I can provide a tutorial for those as well^^

So neat and clean… And pretty.

Awww thanks alot @Xephyriel !!! I hope I can do more Jennerit related crafts soon x3