Lol ford and dodge, that’s cute. Chevy is the only good one you got in that pic.

This thread has been temporarily closed.

There is a discussion on how to deal with it.

We asked for a bit of reservation on the photos, as we’d already allowed for some pretty severe bending of the rules.

It may be reopened in the future. Anyone receiving any inquiry in their inbox, please do your best to respond promptly so as to resolve this issue quickly.

The matter has been dealt with and all adjudications have been reviewed going forward.

Thank you to all the parties not involved for their patience, and to those who were spoken to for their cooperation.

I’m going to speak here individually for a moment, as not much more than an observer, but in line with an ethos that seems to echo in both the staff and the moderators of this forum.

For as long as this thread has been open, we’ve had complaints and circumstances of images displaying outright racial slurs, containing sex toys or depictions of sexual actions, your usual litany of dirty words, and now instances of outright body shaming.

It would be far easier for the everyone involved if all of these actions were swept under the “free-for-all” carpet of the web, along with all the other verbal refuse we’re used to. Suppression of speech, censorship, and limitation on freedom is always with purpose. What extrinsic material benefit exists in making this place welcoming for all?

We do not ask for restraint because us adults can’t “take a swear”, but because we wish for this place to be welcoming to everyone, as some of the games here have an ESRB rating of “E”.

There is no agenda involved when the policy says that we prohibit any discriminatory language, as there is no material benefit associated with the often thankless task of rooting out attempts at division.

Many, if not the majority, of publicly open sites you can participate in are filled with the brim with a litany of demeaning, pejorative and aggressive speech.

Let us endeavor to make this forum a different place.

Of all of the images I saw, which clearly violated forum rules, there was only one which genuinely disappointed me. There was one of a young boy, presumably under the age of adulthood, in an emaciated state with tag lines mocking his physical status.

The boy could be struggling with an eating disorder, be incredibly ill, suffer from a collection of medical issues. He could also be four times that size now and fully capable of giving a majority of the population a world class beating, but we chose as a collective to leave it unabated.

We play these games, from a company we like/love, and we play our heroes.

But in the few chances we’re presented in life with the opportunity to do the right thing, to be the every day hero, we choose to opt out? It isn’t tough or brave, or “telling it as it is”, to actively pick on those who can’t defend themselves. It isn’t edgy to further the divisions which naturally exist, and it isn’t cheeky to populate a forum picture thread with images that only seek to hurt others.

I grew up in a crappy area, and did some pretty dreadful things with a smile on my face. I can chalk it all up to ‘survival’, but so much of it was my own inability to change my surroundings as opposed to letting them change me. It was only after my first instance of helping some one who genuinely needed it, that I understood how much more difficult it is to be understanding and work against millennia of the basest human habit.

So, this thread will now be reopened. An I may very well see the “n-word” again here in the future, and have to shut it permanently. The rules are as they’ve always been, and you’ll never be held to a higher standard than this simple and easy to follow format;

This isn’t an official statement or an amendment to anything.

But this forum is often a pretty clear example of how varying ideologies, beings, viewpoints, and identities can all come together and find common ground in the most important thing; what we love. We’re all welcome to muck it up, but I don’t know what that would prove. 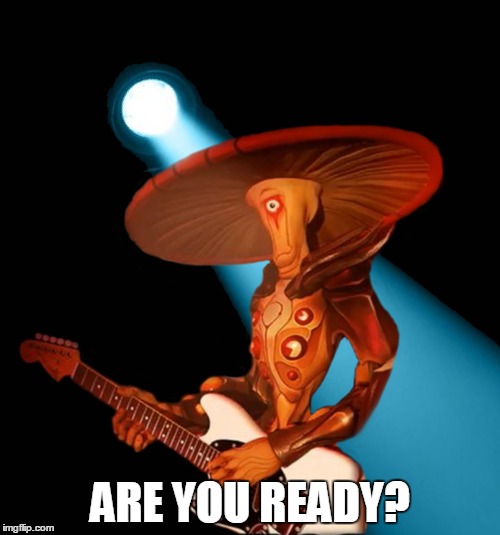 Thanks @Giuvito, those words seem very sensible and kind to me. I know we’re not supposed to talk about mods on the forums, but you guys rock.

Let me jump into the newly reopened thread with a picture of two llamas hugging on the slopes of Machu Picchu.

This pun is so bad it hurts my head a bit

This pun is so bad it hurts my head a bit

Owwww it hurts so much!

I see your terrible pun and I raise you.

And they say that I make terrible puns.

https://media.giphy.com/media/PhftErczUIHS/giphy.gif
I R NOT THE WORST!