Wow, this is not what i was expecting! Seems like Bethy are plotting a new way we play this game judging by what Kotaku are saying. Not a hugh amount to go by right now, but hopefully E3 will give us some meat to chew on and i’ll update this post then.

When Bethesda announced Fallout 76 with a teaser trailer this morning, promising more information at E3, it was easy to assume that the new game would be a traditional single-player role-playing game. But Fallout 76 is in fact an online survival RPG...

So from the Bethesda stage show we now know:

I recommend skipping to 12mins and watching it all from there. It’s mainly talk and a trailer before they go into the actual gameplay and juicy stuff.

Wow, this is not what i was expecting! Seems like Bethy are plotting a new way we play this game judging by what Kotaku are saying. Not a hugh amount to go by right now, but hopefully E3 will give us some meat to chew on and i’ll update this post then.

It’ll be online only, I wished there was a story mode or offline version to this as well. Sometimes I don’t feel like playing against any bots hence a story mode would have been good too.

I think it supports some kind of singleplayer mode (might still need an online connection). I think I read that somewhere.

The game is in a Multiplayer environment, but you can choose to play solo like you would in Elder Scrolls Online. Don’t think we’ll find out the exact limitation or parameters of solo play until the game is released, or maybe the beta will give us a small idea to how this will go.

I’m personally looking forward to playing with friends, but i’ll undoubtedly do lots of exploring on my own, which i hope is the reality as it means you can play go out hunting and checking out the world but then when your mate comes on jump in with them and go hunting for laughs.

Agreed. I’m looking forward to it. It will be an interesting thing for fallout series to attempt.

I am very curious - and somewhat nervous - about how the multi-player will be managed. I would hope that you could have, say, one save you created just for solo, one for friends PvE, and another for PvP (if that was your thing.) I’ve wanted to be able to couch co-op Fallout with my son for a long time - and two player co-op makes perfect sense since you can have a companion in-game anyway. Not sure I’d want to risk spending hours on something only to have a griefer drop in and nuke it all, though.

Yeh i here you. One thing i want to learn more about is how settlement management is going to take place. If you and your buddies build a lovely little kick back, can others squads role in and destroy you? And how easy will it be for them? I loved settlement building in FO4 and my mate Neal did, so i’d imagine when he gets time we’ll do this.

The flip side is how much fun will it be to find someone else’s settlement and try to take over. I think the game has a system in place to either try and be friendly, or not like in Division where you go Rogue and announce yourself as bullet bate.

I suppose the biggest plus side for me is the fact we can group up and go hunting and exploring, and with the map being so huge compared to 4 then it should hold plenty of it. Fallout is such a fun game, so co-op surely will just enhance this.

This gamespot chat goes over some of the questions about progression and PvP aspects. Similar to Division rogue agent status by the sounds of it…if you go around ‘murdering’ people.

I know $200 isn’t worth what it used to be, but this still seems mildly disappointing? 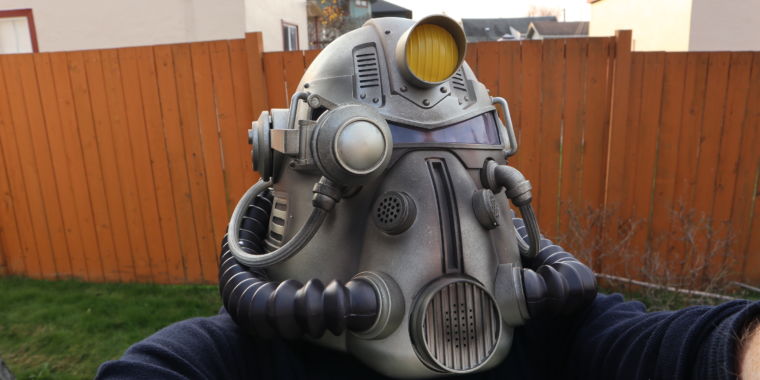 Find out exactly what Bethesda is charging $200 for—and how it fits on our heads.

And as a follow-up, more disappointment with the pre-order due to a major snafu with the ticket system: 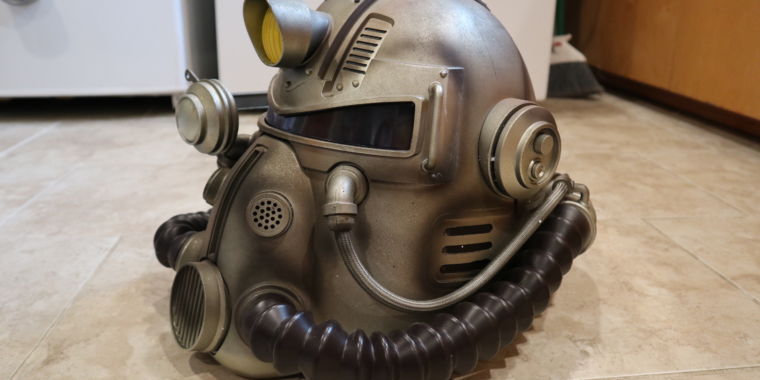 Not trying to drag the thread off topic, but I’ve had serious doubts / misgivings about Fallout 76 (haven’t bought / played it yet) despite having been completely obsessed with every other title in the franchise.

I played it for about a month after launch and it just kept going down hill. Haven’t touched it in months

Unfortunately i can’t help you either, i played the beta with my friend and we both cancelled our pre-orders. I think this thread should be left to rest/die…