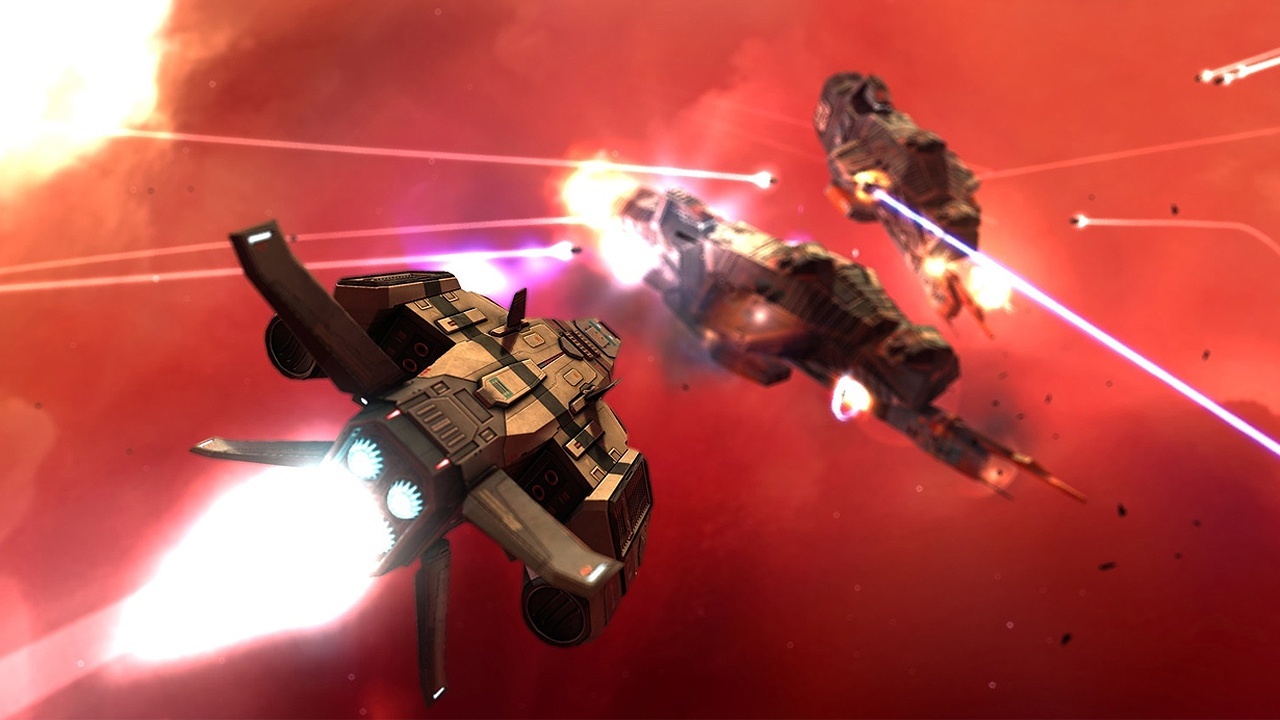 Here’s a rough translation right out of Google:

Noticeable are the changes in the first Homeworld, the Gearbox has ported for the Remastered Edition in the engine of Homeworld 2. Not refuel used to have hunters regularly now: It is immediately apparent that the fuel omitted. Hard to say whether this is good or bad, the fuel stops were at that time rather annoying - on the other hand they were part of the game.

Is there anyone who can verify this? I thought all of the gameplay of the original Homeworld was going to be kept more or less intact with minor changes. Removing the whole “fuel” system is a pretty big change, especially when you consider how big of a deal it was for some of the later engagements. What’s up here?

Edit: Although it does look like though this was an earlier preview build they were playing. Would still love to hear some confirmation though on if fuel really is missing from the original remastered build, or if it’s just an extremely last-minute addition they got working before hitting final.

They can’t remove what was never there, only add. HW2 never had fuel. If fuel isn’t in, it’s because it hasn’t been added (hopefully yet).

I’m not sure what to think about the whole fuel issue. It should be coded, for Kadeshi ships at least, but it would be pretty unfair in multiplayer if HW1 factions had fuel and HW2 not.

This whole thing about fuel is over-exaggerated, it was never that big of a deal, even cataclysm didn’t have fuel for strike craft, no one cared then.

The only place I see it being an issue is in the Gardens of Kadesh. Otherwise, really, what’s the big deal.

Or, they patch it in later.

Drone frigates are much better now. I can’t see Gardens of Kadesh being much of an issue at this point. Total Biscuits stream was proof of that.

We have parallel build for HW1, formations that all the races can use. They combined the best features of HW1 with HW2. I can’t wait to jump in

yes this is a very old article with an incredibly out of date preview build. thus i would not be surprised if things were disabled or left out of distribution.

TB’s stream earlier today would be a better source for info on this since he was sent a review copy a couple days ago. which i hope is more up to date than the gamespot and gamestar copies. however i am not going to pay 6 dollars to access his vod archive to watch the hour and half a missed on the off chance he zooms in while controlling fighters.

Yeah I actually noticed that, a lot of people who are reviewing the game don’t zoom in closely onto the ships even though it’s one of the biggest new features people should be looking at.

Over exaggerating indeed!!! Everybody used to turn it off on WON, I really don’t get the point
“we wanna fuel, so we can turn it off” lol

I always did, though I used to always play with injections and research off.

I’ll miss it though, for sentimental reasons of course.

Man if I accidentally got in a game with research off I would scuttle, and if you played on w WON you know that nobody liked those settings

It was mostly night games when I was young and dumb, people played it, IIRC, never really had anybody complain. Stopped doing it when I started HW2 though.

I liked FUEL.
Its absence might turn the support frigate almost useless.
It would be a cool feature to have the fighters in combat retreating to repair instead of staying there until a few remained.

The main role of Sup Frigates is Repair, vettes, frigs, dessys and hc

Hm, I rather liked the fuel aspect, but admittedly I am undecided if I am that bothered if it was left out.

The main role of Sup Frigates is Repair, vettes, frigs, dessys and hc

That is what i used the Support Frig for. Mainly to repair my line of frigates and cap ships (plus MS in asteroid mission). I guess the fuel issue is not as big of deal, because i always turned it off in skirmish/MP. I think what is the big deal is that everyone wants the same SP experience that they had before with classic HW. So i guess in a way people are shooting the messenger BEFORE the message is even delivered.

Not really overmuch upset if fuel isn’t included. It’ll be a shame because at times I did appreciate the extra immersion of playing with it, but it’ll be okay. I’m more pleased with everything that is in so far.

Not sure I understand why anyone would think repair corvettes / frigates would be any less effective without fuel; their primary utility didn’t come from refueling strike craft, but repairing other ships & strike craft. As long as they can still do that as effectively as they did in HW1, they’ll have plenty of utility.

Indeed. While I like TB, he wasn’t familiar too much with the controls. It’d be great if the reviewers were encouraged to give feedback on bugs to Gearbox rather than just muttering about an issue and saying “it’s probably a bug, hope that is fixed” in the stream.

Some problems he encountered:

We have parallel build now for HW1? Also, what were the drone frigates used for in his stream/GoK?