Have any one *.rcf tool?

I’m a Korean.
And I want to play with Korean.

But. that file is not full support korean.

Therefore I tryed with homeworld2 rcf-tool(from relic forum)…
but. that tool is only touch number, english, etc… not touch other nation language…

So…
Any one help me?

I have written a tool for opening RCF files, it’s nothing sophisticated and it lacks a feature to create font from… well, font, but I used it to create Polish characters for Microgramma for HW2.
If Gearbox won’t release such tool then I can make it work better, just don’t want to do unnecessary work. 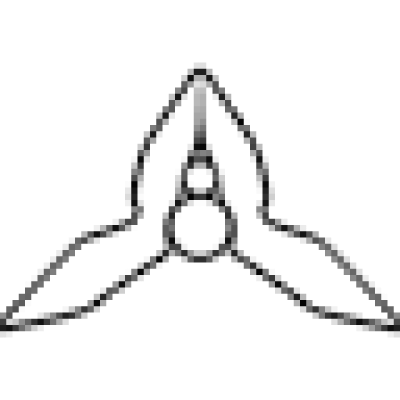 @BitVenom: Sorry to bother you, I don’t know whom to ask. Is Gearbox going to release any font creation tool?

I know that.
but, that tool is not cleary work.
Just Only Loading work.

You can edit, just everything needs to be done by hand. You can import new images, add new glyphs…

That tool is Only work that load rcf file.
Not work import, export, change.
So, I did not edit rcf file.

And other tool is not support korean font range.

Therefore, I need another rcf tool!

It works. As I said, I used it to add Polish characters to Homeworld font. Are you sure you are using it properly? You need to select typeface, then you can import/replace images.

So, I did not find typeface.

okay. thx.
I will try it.
Did you have a manual of that tool?

Did not save work with error.

I don’t know if we’ll release a font tool - the one we have now is more than a little bit of a mess. The one thing I can say is that while the baseline format looks the same, the way fonts are made in the new tools is not the same. The old tools did some really, really dumb stuff, and had texture pages maxed at 128x128 - which is something like one per character at 4k res. Literally the slowest, crappiest fonts on the planet. The old RCF files work - but they are MANY times more wasteful of Texture RAM, and MANY times slower to draw then the new ones. Plus, the general quality is lower - and they don’t understand character kerning correctly. So we may need to either get a tool out, or help generate some ‘good’ fonts.

I’d be happy to create a few good fonts if somebody wanted to test - it’s easy for me. Tell me the font you want (if it’s base Windows or not legally limited) - what you want to call it, and PM me the ‘character set’ you need. I’ll throw one together. Trust me, they’re going to perform so much better than the old ones or ones you hack with an older tool.

Oh? Really?
Thx for your help.
I will prepare that public usable font file and character.

Btw, Korean Full Chrarcters are 11,172.
I think that too many and not full use.

But, Not use charaters are too many.
If you want to decrease charater set, I will try filtering.

I’m quite busy (that is an extreme understatement) - but I’ll give these a quick look sometime tonight and get back to you.

Honestly, 11000+ characters is too much… I didn’t even merge in the English/Extended characters to allow it to show those too. Is there some way to pair that down?

The crazy thing, as I understand it - is that Korean actually isn’t that many ‘root’ glyphs - most characters are made of 3-5 sub-glyphs. I wish our font system could encode the sub-glyphs instead, the results would look better, and the main file would be so small.

I kinda want to experiment with that (way, way later).

Agree that too much characters.
So, Our Homeworld Fan Cafe members are doing that removing not used characters.

That work is need much times.

If that work done, I will reply.
So, Please Waitting for done.

If that work done, I will reply.So, Please Waitting for done.

If you have a single document with all of your translated Korean strings - I can just take that and turn it into a character list, super easy… No need to do it yourselves!

open that file, you will see that this pic

If did not same thing…
hm…
I will upload other encoding type txt.
ex: utf-16LE/BE etc… (as you want)

I think a sub-glyphs system may work for Korean, but not for Chinese.
It was such a nightmare to make that Chinese font for our Chinese Patch. Anyway our cooperator, LMAO translation team helped us make the 195MB font containing 6700+ basic Chinese characters. In fact we had made a font containing all 20000+ Chinese characters, only to find the game will crash because it’s too large.

@Lusiyan I’m not sure you understood me - is that file just a list of the strings shown in the game, in Korean? Or another list of every Korean character in general?

@506933395 - The trouble is that the font tool used for the Chinese font is only generating the old format - which is SUPER wasteful and creates a ton of tiny textures. The packing logic, glyph capture logic, and kerning/layout logic are all bad. I made the old fonts ‘work’ - but the actual font format is much better.

That file is All Korean Characters(include not generally using characters) and “UTF-8 with BOM” encoding. (11172 + @)

Are you want single document with your system type encoding, aren’t you?
If I miss understood that more information give to me at you want.

What I mean is ideally you want a set of really, really common characters (1000?) - and then you add to that what you are actually using - based on the actual translated strings in your translated events files: