Hey Devs Could you be so kind?

Well the game is dead but there are people like me who still like the game. You guys stated that your company would no longer be supporting the game but how about putting that responsibility into our community? I know that it is a bit of a stretch but could you guy release an engine editor of some sort , game assets or the source code for us to play with. I know as a company it’s important to protect your IPs but what is there to lose. The game has been abandoned. There are many fans of this game like me that would love to continue playing this game and to continue improve on it. I am not programer myself but I know how to model and animate. If the right assets were available by you guy I could easily create new content for everyone to enjoy. There are probably many other fans out there who could do the same in many other disciplines. Please seriously consider my request. Steam workshops and mods are common in many game and could help us as fans continue to enjoy this game. It may even help lead to a resurgence. Team Fortress 2s hats was the start of a larger process that took TF2 years past the normal lifespan of a game. Alien swarm is a game that is still alive and being actively developed by the community. I can work. Please respond and thank you.

I sadly (selfishly) never see this happening. The only way to make money on the game at this point is to sell skins so why would they let us make our own. I’d love to turn Montana into a loot goon in the game but that’ll never happen.

I think this is a great idea. I am a creative designer and author of a book who has spent a great deal of my time designing additional Battleborn characters for the game. I’ve posted all 90 of them along with a new story if an additional game were to be made and other content on reddit.com. I will provide the link below.

https://www.reddit.com/r/Battleborn/comments/4a9wd3/i_have_ideas_for_battleborn_characters_what_do/?st=irk1jgzf&sh=c76ebad5 This is the first one with my first 25 Battleborn.

https://www.reddit.com/r/Battleborn/comments/4ctnvp/5_new_battleborn/?st=irk28ygi&sh=03645580 This is for my next five bringing the total up to 30.

https://www.reddit.com/r/Battleborn/comments/4fw942/im_back_with_new_battleborn_everybody/?st=irk2nm4m&sh=679bd0a7 This link brings the total up to 51

https://www.reddit.com/r/Battleborn/comments/4vvwqp/junkodefiant_here_with_9_more_battleborn_bringing/?st=irk2upx7&sh=e1ea2a9a And that’s the other nine making the grand total 60.

https://www.reddit.com/r/Battleborn/comments/6kvt77/junko_defiant_with_my_very_last_faction_for_the/?st=j4x60xyl&sh=ea65636f This link takes you to my new Jennerit Faction called the Vengeant. Brings Battleborn concepts up to 65

https://www.reddit.com/r/Battleborn/comments/6kvmh8/junkodefiant_here_with_my_fourth_faction_the_void/?st=j4x63yv5&sh=2cfa88f4 This is the fourth faction called the Void Raiders. Brings Battleborn character concepts up to 71.

https://www.reddit.com/r/Battleborn/comments/6kvhrf/new_travelers_from_your_friend_junkodefiant_here/?st=j4x6837w&sh=370fc38b This is the next batch for the Uncaged, an Eldrid sub-faction I created. Brings Battleborn concepts to 77.

https://www.reddit.com/r/Battleborn/comments/5qqt3n/for_all_you_battleborn_fans_do_you_want_more/?st=j4x5xjw4&sh=212335a3 This final link has the rest of my Battleborn created content that includes my other two factions a new protection system like the shields, and a few interesting lore concepts in case you were wondering what the characters would do after 20 years of protecting Solus and leading up to the events in the Traveler’s Initiative. Brings Battleborn concepts up to 90.

I’m no developer or animator. I don’t know squat about coding and stuff, but I can come up with creative ideas for anyone who might have the ability to use and implement them into a game. So take a look at my ideas, they are there for you to enjoy. 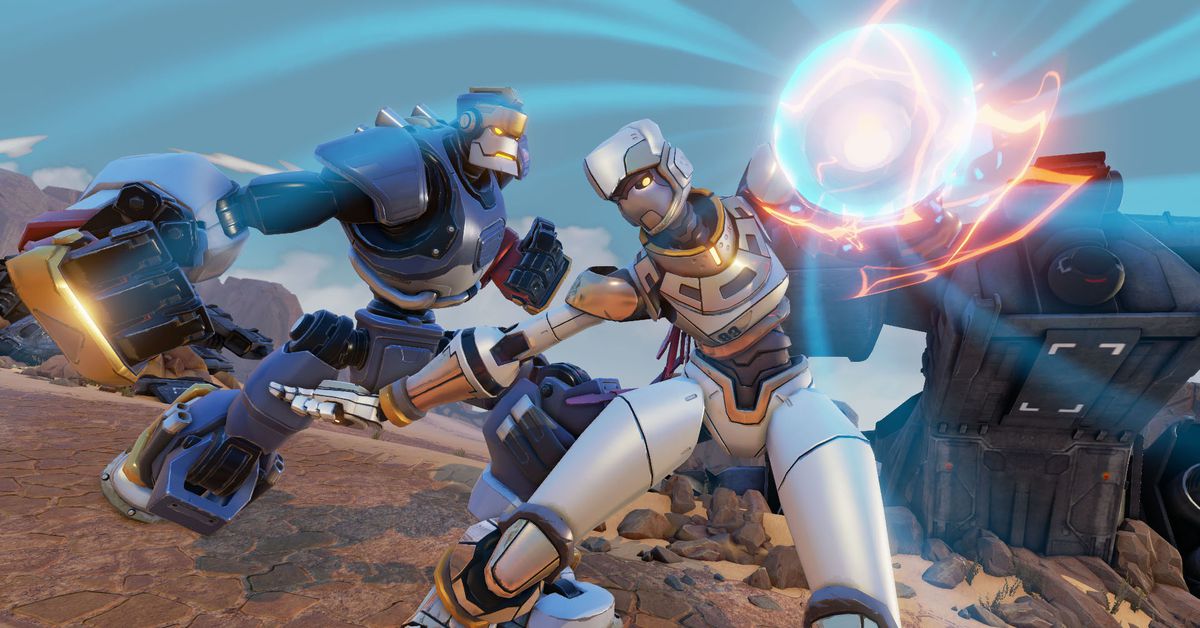 One last build for fans to play and tinker with 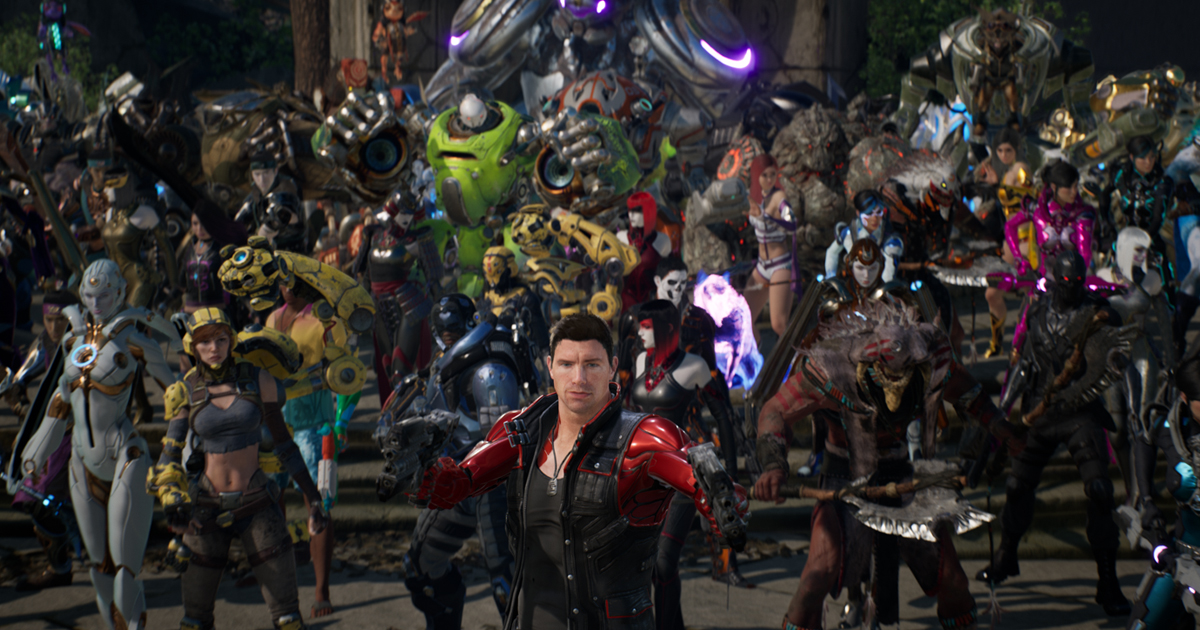 Epic Games Releases $12 Million Worth of Paragon Assets for Free

Developers can access a wealth of richly detailed Paragon characters and environment assets for use in Unreal Engine 4 projects, no strings attached.

Of course it can be done, but likely it won’t be. Mostly because BB isn’t just GB’s property, it’s also 2k’s. So long as the servers are up (and thus have a chance of making some money from the game), I doubt 2k will allow the source code into the wild.

Rising Thunder never saw the light of day, and Paragon is shutting down its servers. They lose nothing from releasing the assets and source code.

I don’t know how useful the game source code would be, anyway, since you’d need to set up servers etc. in order to play. And while that could be recreated from the client source code to some extent, you’d still need some kind of licence from GBX/2K to actually set anything up on-line.

In the case of Paragon cited above, it’s only the assets (maps, character models, examples, animations) and not the source code, in order to make it easier for folks to build games in UE4 who otherwise might be overwhelmed at the amount of creative work needed. IIRC it’s also only licenced for non-commercial use too (so freebie independent games).

So even if GBX/2K were at some point to do an Epic Games move, you still wouldn’t necessarily be able to take that and keep the game running publicly.

I delight in the amount of thought you’ve put into this. My own background lies in game development and code wrangling, so it seems that with the inclusion of @magnusresse85 , we’d have the start of a decent little dev squad.

The question would be: could Gearbox/2K be prevailed upon to make the source and/or dev kits available? Particularly if our intent were to build more single player and coop/PvE content into the game, as an augmentation to the existing PvP format. The Story Ops mode seems like it’s intended for outside campaign modules to be added (optionally) into the game, so even just a Story Ops dev/mod kit and a means to upload new modules for general play would be amazingly helpful.

SO! In the interests of keeping a good platform alive, I’m going to inquire through my current dev community contacts to see if I can’t shake something loose; particularly under the auspex of the “more fan-made SP/coop content increases the value of your skin income” argument. Let me know if you identify any other possible lines of approach, and take it easy.