And before the mods lock/delete this thread, i want to say i am excited for Sombra, still like Mellka much more and i regret nothing!

An augmented hacker with a sidecut should be an instant lure to me, but Sombra has the glossy Disney superhero patina that makes it impossible for me to warm to any of the Overwatch characters. Mellka’s androgynous facial feature and physique makes her so much more physically striking - and her rough-edged personality (and adorable jumping sounds) makes her infinitely more likeable.

Wish I knew how to enjoy Overwatch more, I really do. It’s a nice game but it leaves me so cold…

And let’s not forget that Mellka has FEATURES on her face showing she’s battleharden and not just a young pretty face.

Still, I suppose Sombra’s design is a step in the right direction for Blizzard… even if i still call that lazy… Seriously, just google “Shadowrun Decker” and then “that one boss from Deus Ex” and you’ll scratch your head a bit on this.

Actually, if Mellka was born into the equivalent of a Spanish Hemsworth family this could be very similar

So… if she was born in El Dragon’s family?

If her family sent Mellka to the best schools, and she was forced to be incredibly classy, etc

LLC tech knowledge, has a hacker claw instead of a bio claw, rebellious with outfit but is still dressy, etc. I’m going off of appearances mainly, as personality is right now a bit of a non starter. And I forgot she was an orphan tbh

She has that outfit because obviously Reaper made it for her!

Well, obviously… It was a gift… From Gabe… The Dad.

Well, Mellka would’ve ruined it instantly. “So I’m not supposed to cover it in acid? Then how do I kill dudes?”

Why we dont have this kind of cómics…

“that one boss from Deus Ex” 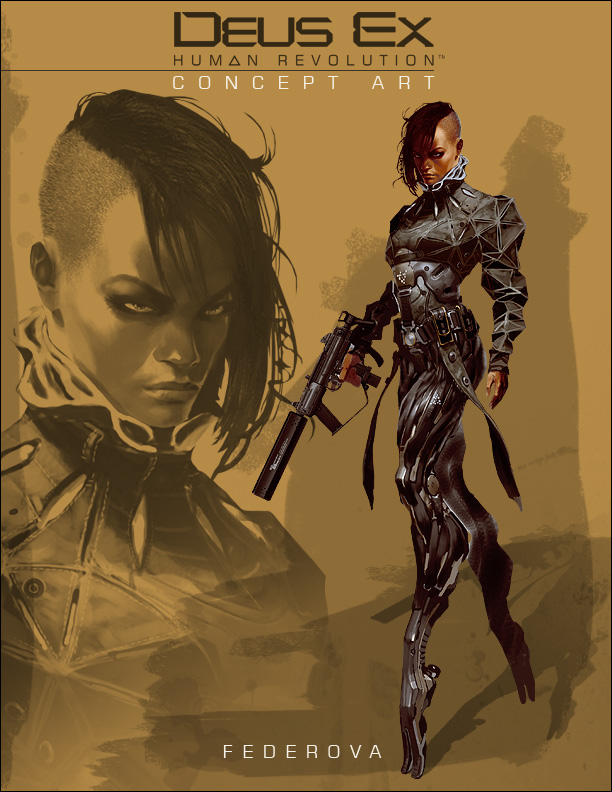 I don’t see Mellka at all in her, they have similar haircuts but different personalities, different attitudes, different weaponry. Seeing alot more of Laura from Street Fighter V than I do Mellka.

But that’s just me.

now there are some other games you could try in ps4.

I’m just not seeing any resemblance at all. Aside from their heads being shaved on the side, but that’s hardly enough to make them similar in any way.

In my opinion, Mellkas design is much better than Sombras. This lady looks too…Not badass.

And before the mods lock/delete this thread

And why would we lock/delete this? Threads that are locked, are locked with reason.
We don’t just go around closing threads because we can, contrary to popular belief.

Seeing alot more of Laura from Street Fighter V than I do Mellka.

Wow look at those massive… pineapples in the background.

I don’t see Mellka at all in her, they have similar haircuts but different personalities, different attitudes, different weaponry.

Iono, they both got machines guns and both hacked their way through into battle… and have odd choice set of foot attire… Though Deus Ex girl can turn herself invisible and Sombra can just freeze people… OH! also neons! That’s the game changer!

Seeing alot more of Laura from Street Fighter V than I do Mellka.

Sweet mother of breasts… is this what kids are into these days? O.o

I’m just not seeing any resemblance at all. Aside from their heads being shaved on the side, but that’s hardly enough to make them similar in any way.

You are right on that. Lots of things that conveniently make them different are there. Because anyway if anything, Sombra is more like Sparks from Dirty bombs then Mellka.