How am I supposed to Attikus?

What’s his standard skill rotation because I’m really struggling? So it seems like you’re supposed to build charges by meleeing before cashing out on a skill but I’m eating a ton of damage in the process. How does his charged punch factor in? What gear do people suggest? Any help would be appreciated.

It’s rather tough to play Attikus as he is currently built to be very tough to play in the first few levels. Skill rotation is leap in when and try your best to knock someone into a wall, turn on hedronic arc punches, punch to death, then run. The leap is also used as a get-away so you have to be very careful until you beef up. His ult has a number of ways to use it, but most of them require you to have full charges for the knockup effect. You can use it to disrupt a big team fight and coordinate a few kills, to chase, or to get away. For gear I would say attack speed and attack damage.

Oh and if you want a build and see some gameplay with explanation, I really enjoy watching @alltheshinies character build guides.

Thanks for the only reply lol! I watched the video and while it’s meant for a complete endgame Attikus, I get the general idea. I’m slogging through leveling him up in story missions for now trying out the new drop rate and staying away from PvP at the moment.

He seems like a melee ambush character and it’s a real bummer his survivability is pretty bad early game.

I promise you…his survivability in the early game PALES in compare to how badass he is in the later. With proper helix choices…as long as you are hitting something you are basically immortal.

One of the tricks I’ve realized with Attikus is that he is momentum based, use your skills to take out minions and stack your hedrons, then you use the full power of the skill to kill a player and then you keep going… I like his lvl 5 mutation in pvp cause then you never drop below 4 charges unless you die… Mind that drawback as it is fair in my opinion…

Yeah he definitely gets a lot more durable it’s just that…a lot of PvP matches the game can be over by then or at least, those lvls 1-4 can dictate the total outcome of the match.

Take another late blooming character like Boldur who also doesn’t really hit his stride until lvl 5+. I’m still able to fill my Tank/Defender role and soak damage middle lane, kill Thralls to help level, push against minions, and CC/stun players. With Attikus I feel like I’m dead meat if I try and stay in lane.

Yeah Attikus evolves in role as you lvl, act as an assassin and focus on minions every respawn, if you role-play to do better rember Attikus is very very clever… Brains do exist with his brawn… Play smart and take a risk or two… You can’t win without risking a death… I try to use my charges on the arc because of its massive chain damage potential…

Just feels wrong to have the “King of the Thralls” have to play so hit and run. 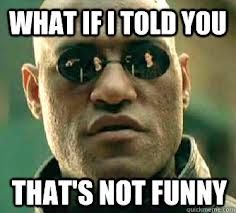 Attikus weirdly enough plays a backfield role until about level 3 to 4. Make sure you aren’t picking him in a team comp with too many squishy characters. Ideally you’ll want another melee attacker who does well sustaining early (ie not El Dragon) to fill your front line position until you hit that mark. Until then, you are a shard gatherer/thrall spawner and, once you’ve gotten comfortable with his early weaknesses, sideline ambusher to discourage flanks or buildables being lost.

Level 3 brings you Tenacity, which absolutely explodes your damage output. Level 4 is Quickening Arc, eliminating Attikus’ movement speed weakness. Level 5 brings your choice of Hedronic Regeneration or his stack saving mutation (I prefer regen) and your Ult, and level 7 explodes your damage potential yet again with Swift Strikes.

Attack speed gear is also extremely important for Attikus, so in your early game stage, try to conserve some of them to get one of those activated. A zero cost shard generating gear will help with this, as you will take a long time to reach level 4 if you aren’t occasionally popping out an elite minion or turret. Attack damage gear is alright as well but Attack Speed takes priority as when you have Tenacity, faster attacks will naturally lead into yet more damage.

Once you have hit this point and hopefully activated some gear as well, Attikus becomes one of the most liberating characters to play. He has the damage potential of a Phoebe or El Dragon with the tankiness and body blocking ability of Montana. The right helix choices in his pounce and arc will ensure that your initial target has no hope of escape, and if you find yourself staring down a good chunk of the enemy team at once, your ultimate will save you from being CC’d and focused to death.

I’d take the blue pill and go back to the Matrix, where my humor is appreciated.

Good feedback there, thanks. Let me ask you this though, if I run Vow of Vengeance could I take the life steal at 3 instead of the damage boost?

So I might be on to something. I’m labbing Attikus damage to test some stuff and I found a way to incorporate L.Hook into his regular attack string by canceling it.

So right away we see that uncharged L.Hook counts for 2 reg attacks.

So even though it’s less attacks it hits for way more. This is before any sort of damage buff/attack speed buff too. Only caveat is that you have to have the timing down to cancel properly so it’s skill based but it’ not hard to learn.

I wouldn’t personally. As I said I prefer the regen option at level 5, which means my Attikus build has little difficulty staying alive. I go in, lose my charges from activating Pounce and stun my primary target, kill that target and get 5 charges back, and then I have +35 HP per second to keep myself alive for either a retreat or to take another target.

Attikus, like any large target, is very vulnerable to CC. If he’s CC’d, life steal won’t keep him alive because he isn’t hitting anyone. He needs to be able to kill or scare off the most dangerous target with his Pounce and followup attacks. The Pounce stun leads well into the followup attacks to get your full Tenacity chain (as you noticed, even better if you have either of the Vow gears), which will definitely leave your target under 50% HP or worse before they have a chance to bail. So you target those CC characters, scare them off or kill them outright, and your natural tankiness should keep you alive afterwards even if you didn’t take regen.

I use attikus as an disruptor or an assasin. I like to play meltdown with him because he can kill steal easier and level up faster because of that.

Attikus appears to be getting a complete reworking in the next content patch so I wonder how much of this advice will still apply.

Depends on how they overhaul him. Unless they nerf his damage a fair amount he’s still going to be a glass punch cannon.

I’ve got some raw data if anyone cares btw. Whole point of testing was to see if I could skip Tenacity for Brawlers Boon (+15% Life Steal) supplanting damage w/ Legendary Glove Vow of Vengeance.

Conclusion: VoV in perfect conditions tops out around 19-20 dmg where Tenacity gives an easier to maintain 52 dmg (which increases per lvl).