I beg a plea. Please tell me

Will this game provide us with the ability to mod weapons and gear. Or will it be like Borderlands where you say you are ok with it but ultimately remove it and or not allow it.

GBX was never okay with hacking weapons and gear, with the possible exception of Borderlands on PC and only in the sense that there is no TOS being violated. Even then, you need a 3rd party utility which GBX did not create. And just because GBX acknowledges that something is happening, doesn’t mean GBX condones it. On consoles, GBX was never okay with hacking weapons and gear since doing so violates both Microsoft’s and Sony’s TOS. So, if someone offers or requests hacked items for Borderlands, that person is violating the Forums Rules, possibly the TOS for Microsoft or Sony and can expect the Forum Moderators to deal with them accordingly. At best, you might be able to hack weapons and gear in Battleborn on PC via a 3rd party utility. But, GBX will likely patch Battleborn to deal with that to the extent that it is possible to do so. It is highly unlikely that GBX will be creating a weapon and gear hacking utility for PC, since hacked items would very likely unbalance the game. So, the answer is ‘No, GBX won’t be providing you with that ability’.

So first of all, there is such thing as good and bad mods. The ones allowed and encouraged in Borderlands are map creations and the like. The mods that were fought against and prevented were things that harmed the multiplayer experience such as hacked weapons and overly powerful gear hacks.

It will likely be the same for Battleborn, if not more strict since it is heavily multiplayer based. There is nothing worse than someone who has hacked in some crafted gear and obliterate everyone.

Jythri recently made comment on a related matter when a forumer asked him about hack prevention - which weapon and gear modding could be considered when entering a multiplayer game such as Battleborn :

Hacking prevention is a real thing, and no matter what you try, people can circumvent. Our win is to make it hard enough that people cant bypass and cheat, and then to identify and elimate the cheaters where we can.

These things will especially not be ok on console. As they never have been.

There are also “allowed” gun modification packs and patches in Borderlands. You have a poster with just those packs offered in these forums.

I agree with both what Kitty Jo and Poisd say, to a point…but the OP also makes a valid point as
Randy Pitchford himself has been quoted as saying ( in regards to Borderlands, around release time)…

While speaking at a development session at Rezzed, Pitchford said,

"There was a moment after Borderlands shipped where we thought
about releasing an official SDK,” adding, “but we found that most of
what we would be able to do, was already accomplished by the gaming
community.

By the time Armory of Knoxx came out, they patched out all the super crazy stuff ( not all modders are created equally)

There were/are some amazing end-user created content done by the “modding” community that was intended to prolong and enrich gameplay. 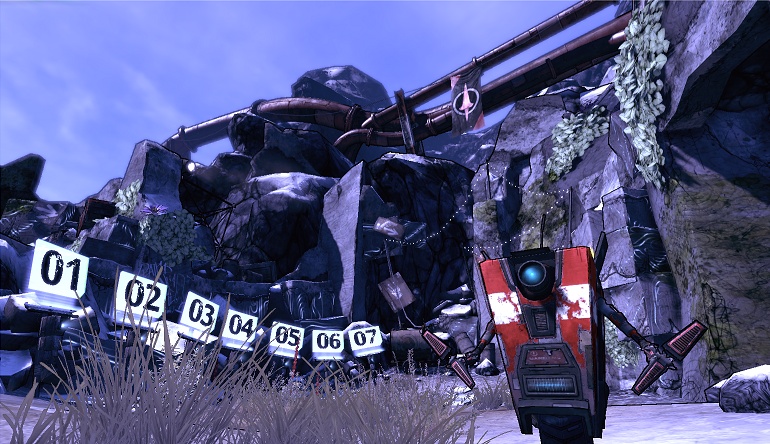 Mods or Modified content are files assembled by the end user. Maps and textures (and sometimes the executable) are added and/or changed to affect a new game. These include, but are not limited to: Maps, Missions, Re-skins and Total Conversions(TC's)....

There are no weapons. You could only hack stats or unrightfully unlock content.
Also pretty much everything will be Multiplayer, so please gtfo with hacking. Thx.

I’ve never understood the fun behind modding weapons/items. Why would you want to one-shot raid bosses? Seems very boring to me.

It’s very likely that anyone asking for hacks for BB will be suspended, at the very least.

This game has solo, but also its very pvp orientated, so nodding and hacking wont be allowed.

Can´t even understand why you´d want to do it. Isn´t it about challenge and such things?

If it would be to create own maps or alike, so fanprojects for yourself, okay great, otherwise I don´t understand why modding gear or EP would be desired at all.

And not only its forbidden, but double forbidden on consoles. Also friggin complicated just to piss of Microsoft or Gearbox.

How about thumbs up? Or are those not allowed as well?