I fear for this game's future

I’ve seen what this game has to offer, and I’m rather excited. However, there are a couple of things that worry me, and a few more that keep me from pre-ordering.

tl;dr This game might end up dead on arrival.

I don’t think they should act like they are afraid of the overwatch beta
but I share some worrys about the size of the fanbase.

If you’re worried about pre-ordering, don’t do it. The open beta is coming up soon and will show you a glimpse of the future of the game. I myself am in the EA preview and I think the game will do fine. Why guess when you will know soon?

Almost everything about the game is great, but as stated previously, it’s in a genre that doesn’t have a good history, and it needs a damn good marketing campaign in order to be successful, and just judging by the little bit…

I don’t think aliens is a good measure. If I understand correctly, they pretty much salvaged the game from the previous developers. Same with Duke nukem. Borderland’s 1 & 2 are better judgment for their work.

Cool. You’ll know in a few days when you play the game, then.

Still, what they did with the game was actually quite illegal. They showed demos of the game that did not accurately represent the end product, and because of that, it topped sales charts and was given heavily negative reviews.

Many people have problems with gearbox for the mentioned titles but I only know the Borderlands series from them and it was fun as heal, Battleborn has the same genre, close artstyle and humor so I just assume I get at least the quality of the borderlands parts witch will be ok … a long as they dont have all this ausi accent

There also appears to be features that could be monetized. If the game dropped dramatically in price, this would be somewhat okay, but still kinda scummy. 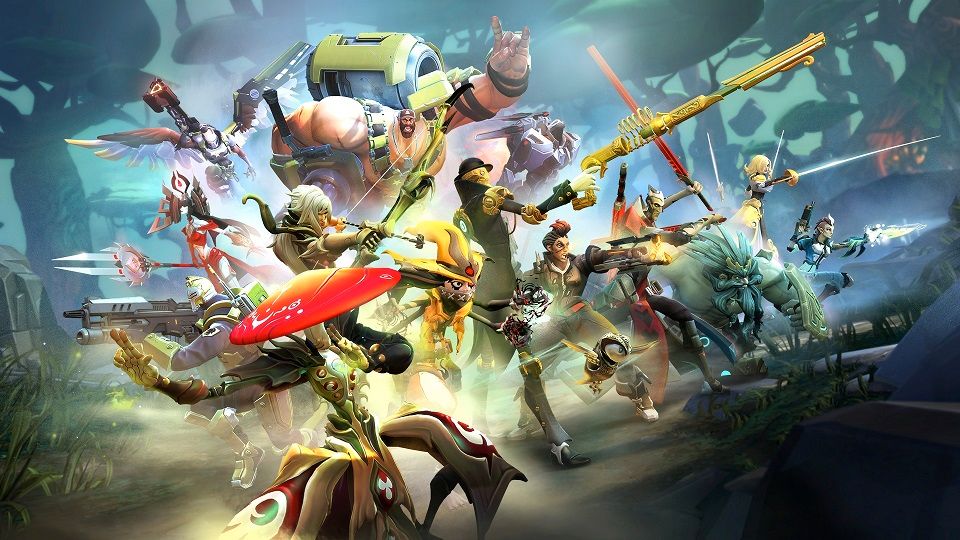 Development on Battleborn is done! Yesterday it was announced that the game is getting ready to be printed to discs and shipped to retail stores around the world in time for its release on May 3. While the development of post-launch content has not...

Gamers can expect five more heroes hitting after launch – completely FREE – for all platforms, bringing the total roster to 30! And that’s just the beginning of many free updates we’re planning. Competitive multiplayer modes, maps, balance updates, and community features will also be free."

Battleborn’s universe is vast, and we’re happy to say it’ll continue expanding via five new add-on packs. Those that are familiar with Borderlands post-launch content over the years should feel right at home with Battleborn’s add-on packs, each pack will cost $4.99 and include one new Story Operation, as well as exclusive hero skins and taunts."

Their monetizing plan seems good to me.

I was refering to Gear packs, or whatever they were. They look like they could easily be made into micro transactions.

No idea what they are, but I presume they’d be random gear, and listening to those with early access to the beta they’re getting some pretty awesome gear pretty easily by just playing. It could turn into that, but I don’t think it’ll be too bad if gear collection stays relatively the same as it is now.

And overwatch can easily add a pay 10€ per month to play rule.
Both will not do it because of shitstorm reasons.

I don’t know much of that game (truth be told it is the only GBX game I’ve never played), but demos come with a warning that says the end game may be incredibly different. Even in cases where they don’t, it is assumed so.

Actually, any and all entertainment goods are caveat emptor when it comes to demo product vs the final product.

But it is 100% sound legally, of that I can damn near assure you. People have gone to court over it and lost over and over again. So long as an aspect isn’t featured in an official advertisement speaking of the end product, or the box itself, it isn’t considered false advertising as courts have deemed that “initial ambitions” aren’t binding.

Let me give you a loose analogy;

A contractor in an interview says he could probably build something twice as big as Caesar’s Palace and Resort and twice as beautiful with 1/2 the funds, and advertises ways his company could “in theory” do it. If you go up to him and he charges the exact same amount as anyone else, than the agreement of sale/service doesn’t occur until the terms are met. Saying “Hell, I could do __________!” Isn’t a binding statement, and demos are often seen as such.

I used to remember the specific common law case I’m referring to (strictly US law) but I couldn’t remember it now if you held a gun up to my head.

On the topic itself, BL1&2 would be far better indicators, if you ask me.

They got sued for it.

“The suit, filed in April 2013 by Roger Damion Perrine and John Locke on behalf of a class, claimed that Gearbox and Sega falsely advertised Aliens: Colonial Marines by showing demos at trade shows like PAX and E3 that were not ultimately accurate representations of the final product. Sega has suggested settling the lawsuit from their part and agreed to pay 1.25 million dollars.”

https://en.wikipedia.org/wiki/Aliens:_Colonial_Marines#cite_note-41 in the Lawsuit section. 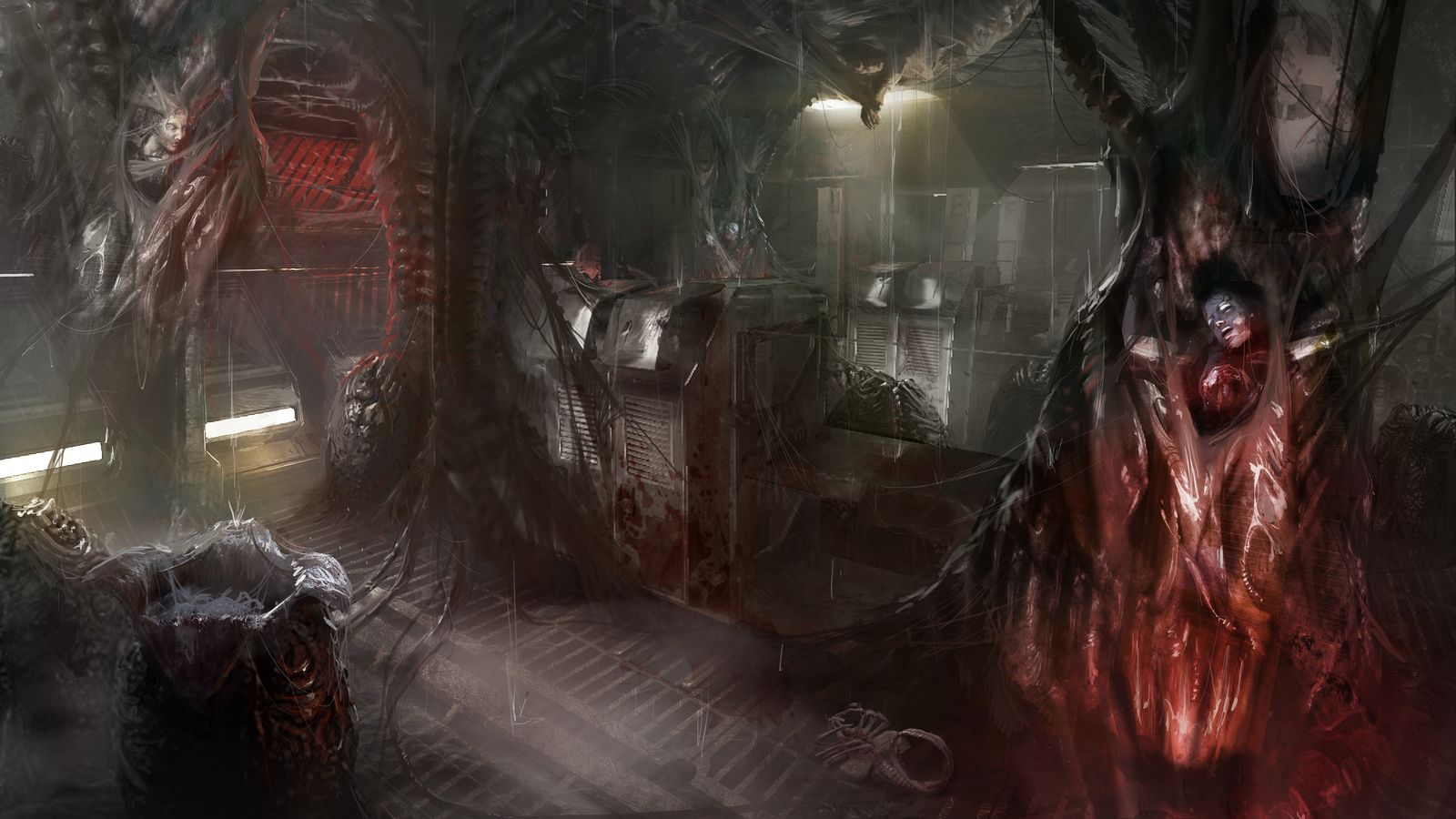 Sega to tentatively pay out $1.25M in Aliens suit while Gearbox fights on

Sega of America will pay out $1.25 million to settle a class-action suit brought against it and Gearbox Software that claimed the two companies falsely advertised Aliens: Colonial Marines by using...

They got sued for it.

“The suit, filed in April 2013 by Roger Damion Perrine and John Locke on behalf of a class, claimed that Gearbox and Sega falsely advertised Aliens: Colonial Marines by showing demos at trade shows like PAX and E3 that were not ultimately accurate representations of the final product. Sega has suggested settling the lawsuit from their part and agreed to pay 1.25 million dollars.”

https://en.wikipedia.org/wiki/Aliens:_Colonial_Marines#cite_note-41 in the Lawsuit section.

Fully aware of that mate, and settlements for these kind of class actions disputes are usually well within the interest of the company. As it prevents further suits and far more than the settlement would’ve meant.

Notice who settled in the end.

That would’ve prevented an innumerable amount of legal fees, and the only people who won out are the lawyers.

Edit:( Also, settlements do not affect civil common law just as an FYI for anyone reading who may not have known.)

In their position I would’ve instantly settled.

Not reading the responses so far, just responding to the initial post:

Here’s how the Battleborn v Overwatch argument goes: If you like competitive games with higher skill ceilings and requiring more teamwork, you will go Battleborn. If you like coop PvM games with raid boss style fights and multiple difficulty challanges, you will go Battleborn. If you like objective based combat which requires no team coordination where objectives are completed through, more or less, a chaotic fluster-cuck, you’ll go Overwatch. To each his own, I prefer skill based games and plan on being competitive in Battleborn.

To clarify for you on your number 1:
There are no microtransactions (ever according to gbx) so you are correct.
There will be 5 dlc characters and numerous maps given to us for free
There will be 5 dlc missions for PvE campaign (packaged with extra skins and taunts) for $5 each.

You’ve got it backwards. Characters are free updates and story missions are dlc. There will be no pay to play. You seem pretty well informed but due to this rather large mistake you may want to learn a bit more to attempt to settle your fears. I may have watched every Battleborn video on YouTube (my recomendations aren’t even in English anymore) and I can’t think of one person who played the game and wasn’t at least overall happy. I think you’ll see a similar reaction to BL1 and slowly as people realize it’s really good it will get huge. Also were getting so close to open beta that it seems silly to speculate stuff when we will know very soon.