I found out who Tiny Tina's real dad is! (It's not Krieg) 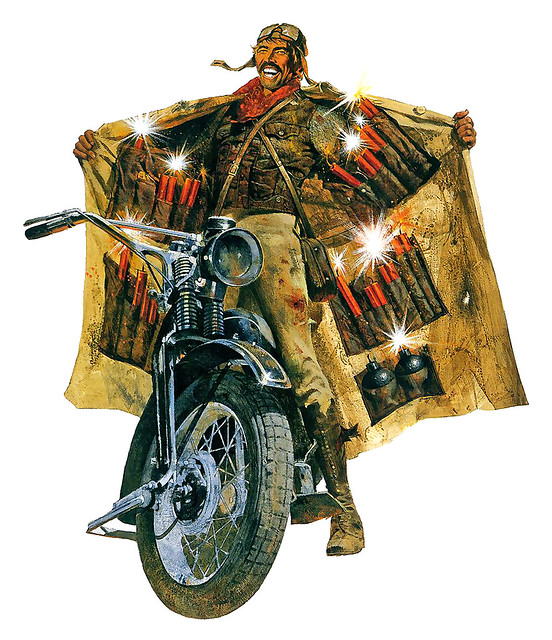 I halfway thought this was serious at first

What hes great at blowing stuff up, hes a badass, and all the landscape in the movie is brown

you had me fooled

Who else would walk around with all the dynamite in their jacket?

I’m not going to lie, I was expecting an Alf pic.

Ok, that was good!

Thanks for the laugh.

I don’t think I’ve seen a more appropriate place for this meme:

Torgue and Mallory do also have similar mustaches

Torgue and Mallory do also have similar mustaches

This is my favorite thing you’ve ever posted. That’s a compliment, not a dig. Hahaha

I call shenanigans.
Im takin’ this circus to Maury ■■■■■■■ Povich

Krieg is a psycho mutated by hyperion, as were Tiny Tina’s parents. This is revealed in the side mission Doctors Orders where it also tells you the doctor who did it to Tina’s parents was Doctor Samuels, called “Sammy” by Jack. In the side mission Victims of Vault Hunters from Hammerlock vs Crawmerax, Krieg’s assassin was killed by a doctor and the note he receives reads: “SALUTATIONS PSYCHOMAN I’M SORRY AS A SLICE WOUND SINCERELY SAMMY.” This is obviously Doctor Samuels trying to appologize for what she did. Back to Tina though, there are many Krieg quotes that reference finding a girl such as: “Martyr for my little one…” (When Pull the Pin is activated), “(Sane voice)On your feet, she might still be out there” (When getting a Second WInd), “(Sane voice)Where is she? Is she still alive? Did she get away?” (When Idle), & “THE TINY ONE AND THE SAD-FACED MOTHER AND THE BLUE TATTOO FOREVER AND EVER!” (when Moxxi asks about a mister-or-missus Vault Hunter in Krieg’s life). All-in-all this is some pretty solid evidence suggesting he is her dad, especially him mentioning “the Tiny one” when asked about people in his life.

Nope it was Mal

Pretty funny post tho. gg you made me laugh

You watch too many movies Derch

Tina’s dad…? I’m surprised you haven’t all figured it out yet.

And the evidence… Same taste in clothes, same… errr… I got nothing!

And the evidence… Same taste in clothes, same… errr… I got nothing!

And they both think nothing of making fools of themselves.