I mean, we all know a game isn’t what it is when released in pre alpha, only, in battleborn’s case, it’s very similar. I’m honestly amazed that this game just slowly got better and better (unlike destiny’s “See those mountains?” (if you don’t get that, there aren’t any mountains in destiny, or a few planets they originally mentioned as well, like saturn.) or the seven seraphs. Or alpha lupi. Or, well, a lot of things.)

The two things i miss from this are how much the characters talk to one another (though there’s still battle chatter, just not as much of it, bewcause, that’s like, a lot of random lines to write. Ones from one of the 25 battleborn to another unique to the area in a mission, god thats a lot) and mellka “Decrypting codes” with her fists (and montanas mansformation, just because its funny)

I’m glad that there’s nothing that was taken out from what we had seen that was something to miss, and im also glad I didn’t have to fight 5 conservators at once as well. This is just a reminder that battleborn isn’t a rip off, it’s what true game creation should be.

They had allies health on screen!!
Please oh please my support characters would like this back in the game!

Ooh, I love those minions’ sexy white livery. Can we have it now?

I don’t think it looks the same ,but you ccan change team colors to white to replicate it, kinda. Where they are greeen or red or whatever, they change to white (you have enemy and friendly) however this won’t change minions that isic controls in the algorithm, not sure about the ones in the experiment.

Although I’d like that, I like the focus it takes when playing reyna where you are looking all about, for people to heal as you fight.

They had allies health on screen!!

The allies health being back on the screen would definitely benefit support/healer characters in the game.

They had allies health on screen!!

The allies health being back on the screen would definitely benefit support/healer characters in the game.

Whoever decided having allies health on the screen was a bad idea needs to get slapped.

I mean, it breaks the immersion some, and makes battleborn more moba-ish. I get it. but it is also a cool thing they could add in the future.

I know what you mean. The game is a lot different from what had been originally intended. The character banter and their development in personality has been ditched for gameplay. Not that I have a problem with it, but one of the reasons I was interested in the game was because of the different stories the characters might have told when we play them through levels. Now they’re narrowed down ti , (oh look the space elf with the bow) or (oh look the sword licking vampire sith). I suppose it doesn’t matter now, the game is great, and the gameplay is solid, I don’t have much reason to complain. The game has come a long way, not the way it was originally promised, but I love it, and it’s still a great game.

Well, for a lot of it, I think it really did go as planned. That said, basically yeah, there are a few things that would’ve been nice to see but in reality were a lot of money and hard to do like PvE mission specific AND character specific battlechatter, however it’s still a great game none the less, and they didn’t cut out anything that was extremely important or promised.

The Voice actors for the characters sound crazy different too. It’s weird how much the UI changed too. I do miss the gear being shown on screen at l times as well as the aforementioned character health.
I do wish there was easier way to get story mission dialogue to vary more (only can get 1 like to play regardless of character) I feel
There was more variety in the CTT

So far, I love Battleborn and I can’t wait to see how much more Battleborn continues to grow.

The game has definitely come far!

Man it would be nice to see that Ekkunar map in the final game. And that Tempest map too.

Yeah exactly what I meant.

I don’t think it looks the same ,but you ccan change team colors to white to replicate it, kinda. Where they are greeen or red or whatever, they change to white (you have enemy and friendly) however this won’t change minions that isic controls in the algorithm, not sure about the ones in the experiment.

Is it just me that it makes me sad that the pre-alpha version looks better than the final product, specially the UI/HUD?

I made a whole post about it and also it would not just help support/healers but help everyone in a PvP game.
It can tell you if you need to back off or if you can push.

Way I see it, prealpha certainly has no voice over, no real UI, probably a lack of textures or even models. This on the other hand looked very advanced !

The banter between characters sounded cool, though. I guess it was a little boost done just for that demo : I can’t see it working super effciently with all the cast. That said, it’s possible to record generic little banter and have them play somehow “logically” as if they were actually planned all along 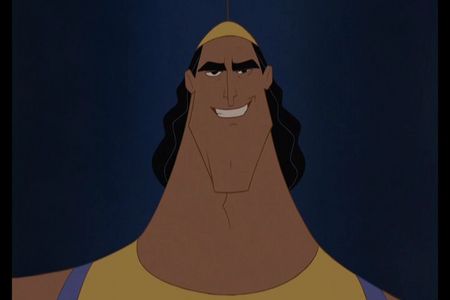