If you where arround in the open beta and at launch and played Private Versus you could actually see the computer players in Cyber and Golden Skins. Based on the few screen caps seen here and there pluse the way Golden and Cyber skins have been handled so far we can assume all of the base 25 Battleborn have Golden and Cyber Skins to be given or awarded by Gearbox.

Ohh thank you i didnt know that Thankz

Yep every character has a Gold and Cyber skin. By rights every character will have the same number of taunts and skins once Gearbox has finished making them all. Covering 25+ characters is no small task!!

Well as of now we know for fact the game will have at least 35 characters when they eventually stop adding additional characters. I was actually thinking the Gold and Cyber Skins may only be for the original 25 to kind of give those characters something to make them more distinctive i guess. I would assume they would come up with another style for the dlc after that aswell. Ether way only time will tell. Can’t wait for the day where I can look back on launch and be like… Ya I was there

Well as of now we know for fact the game will have at least 35 characters when they eventually stop adding additional characters.

35? Since when? Only 5 additional DLC characters have been revealed.

There will be 5 Free DLC characters avaliable to all players for a set amount of credits. If your a season pass or digital deluxe holder you will get a key to unlock them pluse you get early access. In addition there will be a new character in each DLC pack included with the Seasons Pass, Digital Deluxe Holders get access to a Seasons Pass. There are 5 DLC packs. Each themed around a Faction.

So that is two new Jennerite, two new Rogues, two new LLC, two new Eldrid, and two new UPR battleborn. That makes a total of 10 dlc characters.
5 are payed for 5 are free.

And where do you get the info that we will get 5 paid characters on top of the free ones? This is the first time I’m hearing of it.

Pretty sure the Hero Keys to unlock the free characters is what you are getting from the season pass, not another 5 paid characters. I’m sure there will be new characters released in like a Season 2 & 3 content release. But that won’t happen until after the current season pass content has been completed.

Here’s the official news post which they’ve been pretty clear about the season pass only covering characters 26-30. 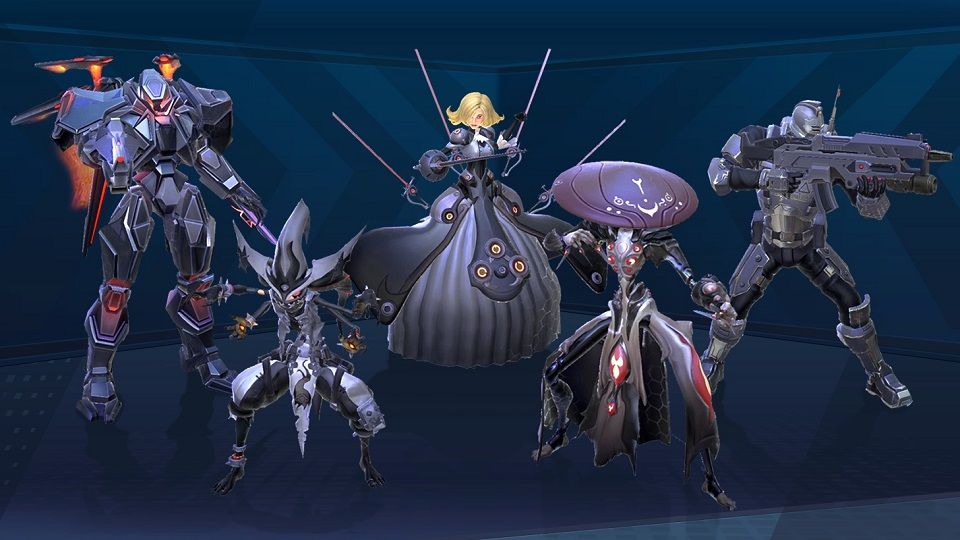 [quote=“lowlines, post:4, topic:1531764, full:true”]
Yep every character has a Gold and Cyber skin. By rights every character will have the same number of taunts and skins once Gearbox has finished making them all. Covering 25+ characters is no small task!!
[/quote] That sounds odd and maybe wasting resources a bit. I know this game isn’t actually a MOBA, but striving to be MOBA-like, in most MOBAs I’m used to (mostly Smite - familiar with LoL and DOTA a little) the more popular characters are going to have more skins. Trying to keep all the characters taunts and skins at the same amount sounds nice on paper, but if Oscar Mike or Thorn are used 10 times more than Whiskey or Tobey then it’s better to focus on the first two. All characters should have at least one cool unique skin, but beyond that I don’t see why they’d keep the number flat across the board.

It doesn’t look the devs are great at making cool/unique skins so far. I hope they get better, I thought all the new premiums ones were pretty lame besides a couple like Ambra, Oscar, and Rath. I’d never use Rath though, since he feels a bit cheap to me.

I haven’t played a lot of MOBAs so I actually didn’t know extra cosmetic items were created based on popularity. Gearbox has however favoured giving all their characters in past games an equal amount of attention save for one or two which have more to do with the timing of content releases as opposed to favouritism. Bordrerlands 2 had something like 90+ skins and 20+ heads for 6 characters. They might go the MOBA way and add more based on popularity, but that’s entirely up to them and maybe how people receive the extra cosmetic items they create.

For now they seem to be doing at least one premium taunt and skin for all characters and they have also stated that each DLC story mission will have extra taunts and skins that are exclusive to that mission. So it would make sense to assume each character will be able to get something cosmetic from doing the mission unless they like do 5-6 characters per DLC (which would suck if all the characters you like aren’t featured until DLC #5).