I would love to get a GROG NOZZLE please!

I really want one of these guns, preferably level 72+ and with a blade. I have a few OP8 items in return, Antagonist, Norfleet, Magic Missile, Infinity, Double Unkempt Harold and more. Add me on PSN to play, raid and trade. PSN: Speedaddict7

It’s a misson item. You can’t trade for it unless the person trading it to you is hacking. I think (could be wrong) (probably not).

It’s from the misson “The Beard Makes the Man” - just don’t turn the mission in and you can keep the Nozzle. 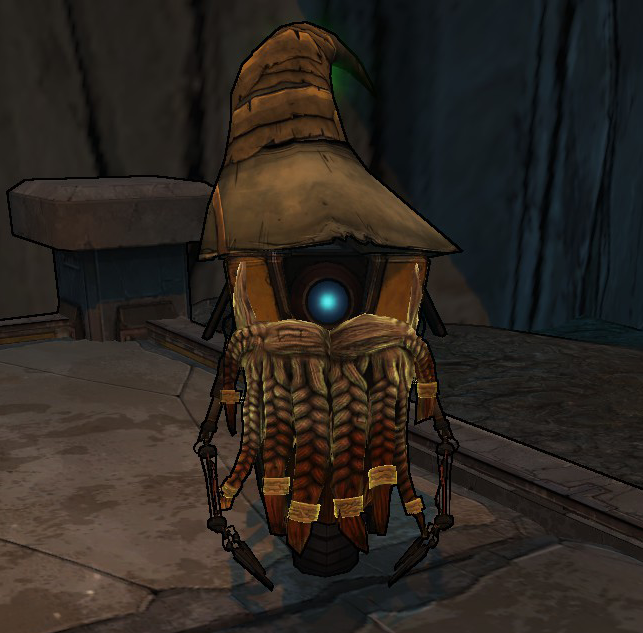 The Beard Makes the Man

Thanks alot, someone was kind enough to give me an OP8 version. Now all i have to do is get up to OP8, struggling on OP4 currently

Well you’re are wrong, and no it isn’t a hack young padawan. But yes the best way is the mission since the 100k loot hunt has been over for 2 years now…

So please make sure you don’t accuse anyone of hacking without the facts.

I did say, specifically, “I could be wrong”…so…?

Although I do know that if I had a legit version from said loot hunt, I certainly wouldn’t be giving it away.

EDIT: Hang on a minute; the legit version came from a specific enemy, on one single day, during one single week, in 2013, during an online-only event?

Anyone trading that has to be either crazy or hacking.

unless the person trading it to you is hacking. I think (could be wrong) (probably not).

I did say, specifically, “I could be wrong”…so…?

I’d say the additional ‘probably not’ gives off the idea that you are reasonably confident
in the information you provide so… I would say it is misleading without proper facts
As for trading stuff you got from that day,
I don’t believe the drop was all that rare.
you very well could’ve gotten a ton of grog nozzles on that day
Not to mention all Grog Nozzles that aren’t Evisceration or Binary prefix
are pretty much the same thing across the board for their intended use
(healing + slagging)
so I dont find trading it away for other stuff you want to be all that weird
since you can just pick up the mission version any time you wanted afterwards

I have Evisceration Grogs with several different sights, all Mal parts otherwise. What are you looking for?

I have been given one with a blade but don’t know if it’s the best availible or not. Wouldn’t mind a few different versions to cover all my characters.

I have a bladed OP8 grog I would trade for 2 level 72 sandhawks (any elements, as long as not the same).

I did get a level 72 slag sand hawk the other day. I’ll have a look and see if I still have it

Send me a FR on PSN…jgcobb79

I don’t need anything in return for the Grog(s)

I need a Evisceration Grog Nozzle for my melee zer0. If somebody could help me out that would be awesome

3 posts were merged into an existing topic: Thou Shalt Not Dupe

I was wondering if anybody could possibly help me out with getting a grog nozzle? so I can defeat terremorphous with out having the quest being open. Pls it would be really helpful. Add me on PSN MehrunDaegon I have both a PS3 and a ps4 so which ever works for you

Do you still have any grog?

What level were you looking for?

Any level is good. If it’s lower than my level it’s cool