Is It Too Easy To Master Characters Now?

Is There A List Of Changes To Lore Challenges somewhere?

If there is, I would be very curious to read it. 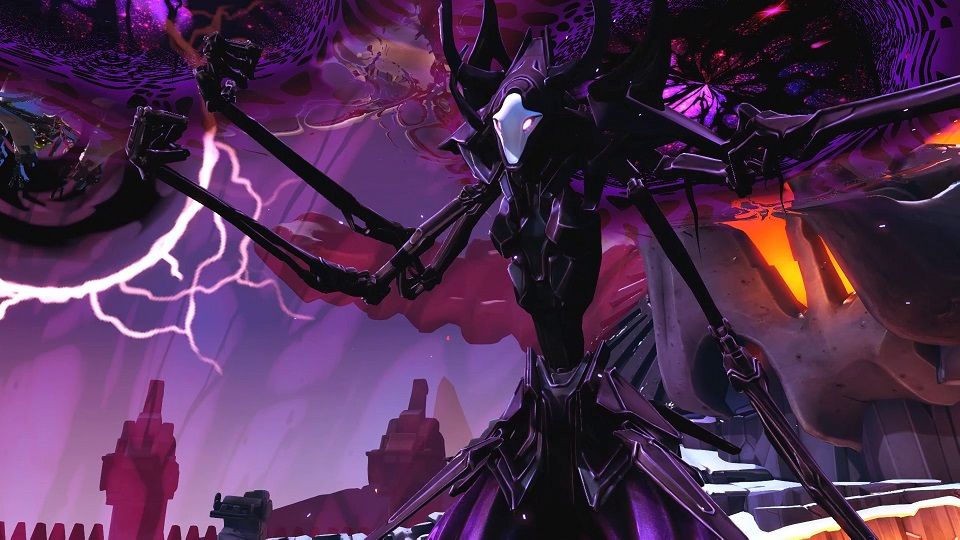 The latest Battleborn update is nearly here! Below you will find the patch notes for Thursday's update and you can find more information on new features, such as new maps and In-game Reporting, on the Battleborn blog. The update begins rolling out on...

Have a good read!

Thank you kindly for the quick reply!

Oh my god “The Lifeguard Has Given Up” Used To Need 50 riptides?!?

I was extremely pissed about the boldur one. Kill 1000 enemies in his passive to 100 kills. I spent about an hour and a half focusing on this when it was 1k…

Eh. I only have about 100 hours in (actually, between sharing the console, playing other games, and Internet problems, I’ve spent more time here than in game), but I only have a few masters. If you’re able to blow through characters, that’s really good, but I only play characters until I stop improving with them. So far, Phoebe and Ernest are done. Not even mastered (14) but I’m comfortable with my skill and no longer have epiphanies. Ambra, Orendi, and Miko? All three mastered, yet i still play them cuz I learn new things every play session. In the end, I think it depends on the character, and how you click with them. In your case, it sounds like you still want to learn more about them. But for me with some, I’ve mastered them before mastering them

I do pure PVP for leveling and lore, so it’s a decent number of matches getting a character from 1-15 and then some more matches to get those last lores if you still need one or two, so I feel become pretty skilled with each of the 14 characters I’ve mastered so far!

Wow 14! I have like 2 or 3 at each rank atm. Scales up with interest. Whenever one rises up, I play a new one to replace it. From your posts it sounds like you find one character you like and play them to max. Am I right?

Master of any character means nothing now.

Didn’t matter previously either because most masters came straight from PvE grinding, so I’d say they are relatively the same.

Just got to take a few levels each to get ghe feel for them!

It took about an hour and a half or so of standing in front of Geoff as he spawns minion bots and me just Dragon Splashing them to death to finish El Dragón’s challenge for 1000 kills in such a fashion.

That’s just counting the time spent actively doing that. I had to do the Algorithm multiple times to avoid a server timeout to actually finish it.

Believe it or not I actually got El’s minion splash kills in PVP.

Back when meltdown was a thing for PC!

Huh. Yeah I’m in a weird place where I’ve played everyone (except Montana on principle) a few times, and then ik all of their helices, playstyles, quirks, and how good they are from the forums. Which I’ve spent 50 more hours in lol. I wish it was the opposite

I do think it’s too easy to master characters but I dont think it has anything to do with easier lore challenges but more so with easier grinds to hit level 15.

There are plenty of segments of lore that don’t really help you become better with a character. Killing things with boldur while enraged, Toby’s ult double kill, caldariuses melee kills with a rath on your team, whiskeys kill Oscar Mike repeatedly, ISICs kill minions with plasma dash, etc. you don’t really learn how to play your character through these lores at all.

The grind to 15 on a character should mean that you have a substantial understanding of character match ups and there strengths and weaknesses. But with this fat amount of exp from playing matches I feel like I have to put more effort into learning ISIC and caldarius more than I had to with rath and Montana

I would also like to mention that imo a character that is mastered through pvp is usually significantly better than one mastered in pve such as orendi or ghalt.

Toby’s. I had 5/10 of his double kills -.- I had 400 of Reyna’s kills - all from pvp. I had Atticus, Rath, Deande, Melka, Kleese…
When I hear people still complaining about the lore challenges, I post their name into my brain with a stapler. They are a player to avoid ever having on my team.

Do you mean because of purchasable XP boosters or did they lower the overall amount of experience needed per level?