Hey everyone. Just starting my journey in BL1. I had a hard time deciding who to choose on my first run through. I ended up picking the player I would least pick and that was Lilly. 2 reasons…first, I haven’t played a siren in the borderlands series yet and second, my grand daughter name is Lily (I know, flimsy excuse). Anyways I got her to level 9. I’m doing every quest given. Trying to get use to the little differences. Been phasewalking instead of throwing grenades. So far it’s fun. I’m still not sure how to use phasewalk right, but I’ll learn. I looked up a build and decided the professional build looked interesting. Did @ handsome_dad make a journal for BL1? I searched but didn’t see one. I searched for TPS and didn’t see that at first so If you know a link I would like to contribute.

If by “journal” you mean a playthrough guide, the only thing I know of is the ideal play-through guide from the old forum. You’ll find a link and some discussion in this thread:

If you want the overall mission flow, you’ll find that on the Borderlands Wiki: 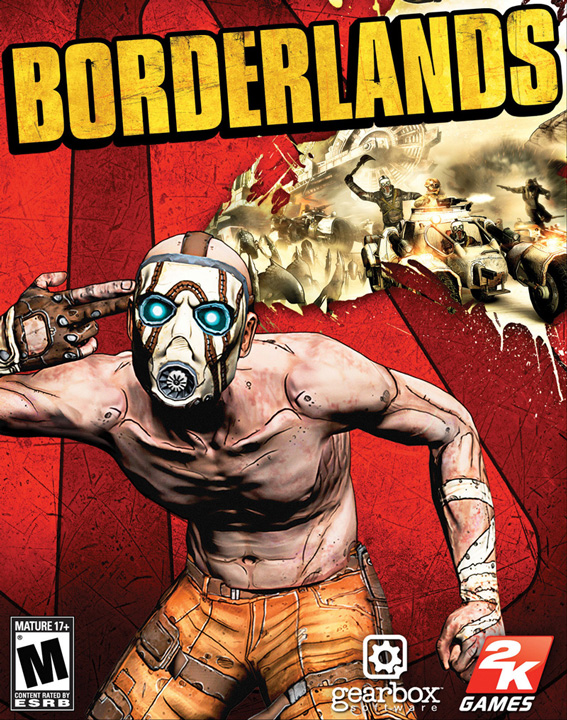 If you have questions, just ask!

Thanks for the links though. It gives me something to read during work and lunch breaks!

You could always start one here - I don’t know how much traffic it would get, but it never hurts to try!

I will if there is not one made. I’ve seen some people has went back to BL1. I wanted to get some more of the story and I wanted to expeirence the loot drops that everyone raves about.

Lillith is an absolute smg monster. Phasewalk is your get out of trouble button, and can also be your ‘melt all the things’ button. But be careful around barrels…

I will if there is not one made.

I’d be interested in hearing your thoughts as you go through this journey for the first time.

I wanted to expeirence the loot drops that everyone raves about.

Pestilent Defilers, Mashers, Double Anarchys and a Hellfire that could melt metal. The loot is so good.

If you make the “what did you do in borderlands 1” thread, then be sure to link this topic.

I’ll have to make the topic when I get to my laptop. It’s harder to do on my phone.

Last night I kept doing the missions as I got them. Kept them close to my level. Visit sledges place last night. Pretty cool environment. Did the first round of that skagg arena thing. I’m really just taking my time and playing through. What’s the hurry? It’s not like BL3 is on the horizon. So far I’m liking it, can tell it’s dated by BL2 standards. Its not ruining anything for me though.

I’ll have to make the topic when I get to my laptop. It’s harder to do on my phone.

Last night I kept doing the missions as I got them. Kept them close to my level. Visit sledges place last night. Pretty cool environment. Did the first round of that skagg arena thing. I’m really just taking my time and playing through. What’s the hurry? It’s not like BL3 is on the horizon. So far I’m liking it, can tell it’s dated by BL2 standards. Its not ruining anything for me though.

Also, do look at the ideal playthrough suggestions. BL1 lets you easily get overleveled compared to the level of enemies and mission rewards. But, for the normal playthrough, I say go ahead and do all the main story and side missions. Then I do the main story again in True Vault Hunter Mode (TVHM) and some side missions as needed in order to stay at a high enough level to beat things. I beat main game in TVHM, then I complete knox main missions in TVHM. Then I go to the final map of the normal game and farm those guys for XP. Goes very quick. Once at max level I do everything that’s left. No holds barred. If you’re on PC, consider a character editor in order to increase your backpack space, because this method might miss out on some of those. Or just go hunt down each backpack SDU in normal, minimizing unneeded interaction/XP. The backpack SDU system in borderlands 1 was really annoying actually. So I don’t consider it cheating to correct backpack space that way. And even after you do all that, don’t be surprised if some quest rewards from the main game at least end up as underlevel rewards. I think quests from DLC might do it differently though. At least from Knoxx.

TLDR and/or dont care? Try to make sure you don’t level too far past the “main story mission”. That can be harder to tell in BL1 the first time around. Borderlands Wikia probably has them listed. Some main story missions are a little nuts in retrospect.

As an option, just play the game whatever way you want with your first character. Then when you create another character worry more about this other stuff if you like.

Lilith has an impressive way of skipping content with her phasewalk. Sometimes it backfires when you’re suddenly underlevel by 5 levels or more. hahah.

What did you do in BL1 during your most recent session? General Discussion

Don’t mean to teach you to suck eggs, but a couple of small but important tips:

…this is because the extra Claptrap SDUs in the Claptrap and Zombie Island DLCs need to be farmed BEFORE reaching the Vault. They have a 100% chance to drop before reaching the Vault, which drops to 0% (I believe) after the Vault has been opened (this doesn’t apply to the Knoxx SDU, which only drops if you’re lucky). So in PT2, if you’re falling behind, you may as well try the DLC to level up and give yourself a shot at the SDUs at the same time. I tend to just do the missions up to the SDUs and then back out once I have them.

Farming the PT1 DLCs for the SDUs will overlevel you quite heavily for the beginning of PT2, but you should be back on level by around the time you reach New Haven, as long as you do Story Missions only. It’s a pain but worth it for the extra backpack space.

Ok let me get this straight. Before I go in the vault on borderlands 1 I should do zeds dlc to get the sdu? Also this 2.5 play through has me a bit confused, can you reset like you can on BL2?

Right now I’m playing the main game and doing every single mission on part 1, then I was going to do zeds, underdome, General Knox and claptrap rev last. Is this a good order?

Right now I’m playing the main game and doing every single mission on part 1, then I was going to do zeds, underdome, General Knox and claptrap rev last. Is this a good order?

The SDUs are guaranteed in both PT1 and PT2 in the Zombie Island and Claptrap DLCs. But for some reason once you enter the area where the Vault is (you don’t have to fight the Guardian) this triggers something and the SDUs no longer appear. So yes, if you want the SDUs it’s very important that you do them before you reach the Vault. In other words, think carefully before starting the Eridian Promontory. You can always Fast Travel back once you’ve gotten what you want. This is true for BOTH PT1 and PT 2. I tend to run through both DLCs when I reach the Promontory in PT1, or when I find myself under-leveled in PT2 and need to earn XP for the main storyline.

The Claptrap DLC SDU is located just before you start the second mission from Blake, so it’s not difficult to get. The Zombie DLC SDU is located right at the end of the DLC just before you fight the final boss, so is a bit more of a pain if you are only doing it for the reward. If you have a good Fire Weapon (especially a Hellfire) this will be a walk in the park. I tend to skip the side missions and head straight for the prize.

To answer your second question, you cannot reset all quests in BL1 like you can in BL2. This is why many people recommend only doing the main Story missions in PT2 util you reach the end. Once you open the Vault in PT2 the enemies in the rest of the game scale to your level, making the side quests more of a challenge. To add to the confusion, this is not true for the Knoxx DLC, where enemies only scale once you hand in the Armory mission to Athena. This scaling up is why people call it PT2.5, as it’s slightly different to “vanilla” PT2.

The Underdome may be done at any time. You don’t earn XP there, so it doesn’t matter when you tackle it.

Scaling was not very well thought out in BL1. If you do all the DLC once you finish the main game in PT1, which would seem the logical sequence, you will end up heavily over-leveled when starting PT2. But there’s no way to get the all SDUs without at least starting the DLC. I’ve found what works best is restricting myself to DLC story only as far as the SDUs, then quitting them. This will make the opening areas - Fyrestone, Arid Badlands, Skag Gully, Sledge’s Safehouse etc - pretty underleveled in PT2, but I don’t really see another way. If you stick to the main story only you should be about on level by the time you reach New Haven. And later in the game, if you’re finding yourself underleveled, just pop across and do a few missions in the DLC (up to the SDUs) and you’ll kill two birds with one stone. Once you reach PT2.5 you can go back to the game and finish off all the side missions on-level

Also, in my opinion, backpack SDUs being distributed this way was like the dumbest design decision ever. Thankfully BL2 and TPS just made them buyable (even if we can’t reach as high a cap and have to use a 2nd currency).

They really should try to stay away from creating situations that incentivize us to “dashboard”/ALT-F4 when RNG fails us. It’s annoying and bad for multiplayer, too (sometimes you just want to make sure that nobody online screws up something for you, so you play solo instead). This has been less of an issue with each game and patch.