Let's get some Zane builds goin'!

Now that we have a dedicated section of the forums for the sassy Irish assassin I’m hoping we can all share ideas for builds we may have. I’ve shared a build or two in other places so I’ll show off another one to kick things off. I’ve got a build in the picture below that revolves around solo damage with some help from Zane’s drone and clone. Probably gonna go with Winter’s Drone and Boomsday along with Binary System/Schadenfreude and Digital Distribution to add a little more surviability.

They sure as heck ain’t mine, but if you’re lookin’ for the fan-made interactive skill trees, you can find them here:
https://bl3skills.com/

UPDATE: 19 Aug '19
Been playing with builds and since the official ISTs are out I’mma update these with my new favored builds.

This build is focused on keeping Kill Skill bonuses up and offence over defense. I’ve taken ques from several people both on the forums and off and, while I adore the Under Cover Tree, this build focuses primarily on giving Zane at least one supporter on the field at any given time with both SNTNL and Holo-Zane. By using Death Follows Close his kill skill duration is nearly doubled allowing him to make the most of his abilities. Once an enemy is down the rest follow like dominoes. Or just open each fight with an action skill thanks to Seein’ Red.

The build also attempts to make the most of his unused grenades through Duct Tape Mod and Boom. Enhance. I am thinking of swapping the points in Good Misfortune to Violent Speed to make the most out of Violent Momentum, if each kill proves to increase the duration of action skills enough to make a visible and significant impact then I’ll keep it as is. SNTNL will make use of Bad Dose and Static Field to give a nigh constant stream of damage and buff/debuff while the Clone will make use of Schadenfreude and Digital Distribution to (hpefully) create something of a feedback loop of health and shield to help keep Zane in the game. 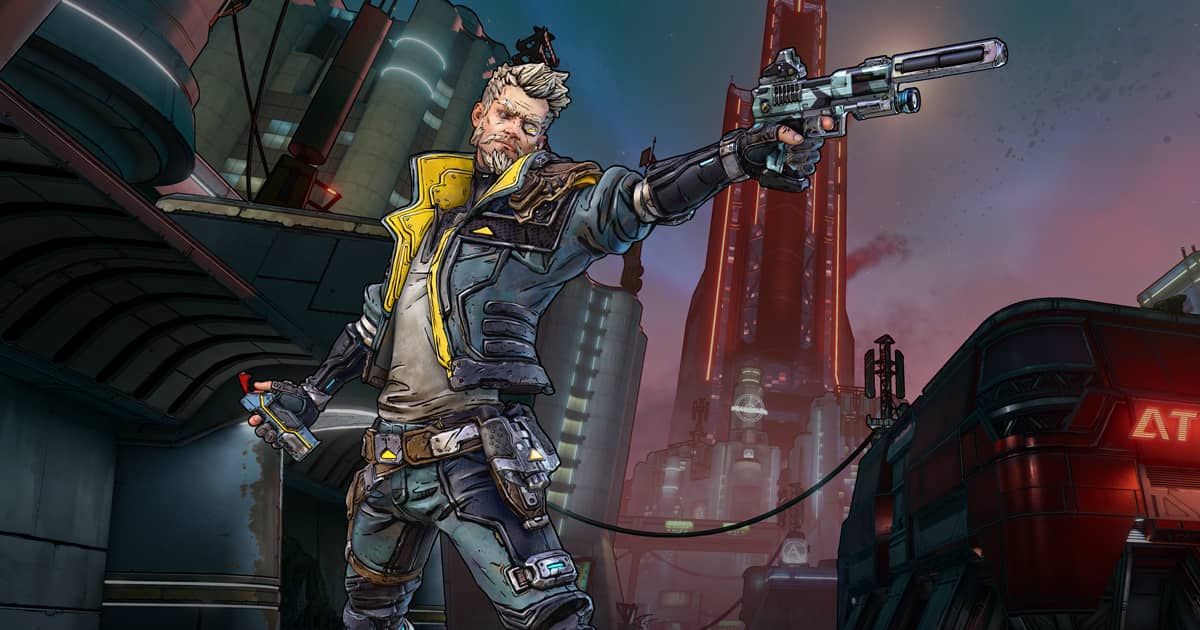 EDIT: 8 October 2019
Finally have my primary Zane build up and running. Still testing a couple things out and considering other pieces of gear, but here we go!

Primarily built for fun, the focus is on constantly sending out Hex grenades and having them and SNTNL deal out some radiation mayhem for AoE devastation while Zane darts around, slides from cover to cover, and unleashes hell whenever possible. Admittedly, it is MUCH more useful on mobs as the Holo-Clone has range issues when it comes to boss fights meaning there is less damage potential and there is a lack of corrosive damage potential which could be fixed with a corrosive pistol with the right anointment.

I know these build threads have kinda died with the release of the game to be replaced with more specific ones including gear and such. Something I encourage and believe quite useful. I do kinda wanna keep these at least a little active and updated every now and then to give people a place for them to place less min/max builds that are more dedicated to fun and pure DPS and power. IDK. Happy hunting everyone!

I put this in the thread in the general forum but I think its an acceptable addition to this thread.

So the first synergy I wanted to milk with this build is the Cool Calm Collected talent in the shield tree. Use the shield tree’s various defensive benefits including Nanites or Some ■■■■■ augment to get as many clone resets as possible through CCC. 1 point in the cryo nova on kill is just for the freeze chance when it works out. Someone confirmed Cryo does a slow before freezing now so I have Brainfreeze under the hope it will contribute to freezing. Binary system and freeze element transfusion nades will flesh out the rest of my freeze fishing.

Next is the offensive fun of the clone itself also maximized for this build. Double Barrel of course is a big deal. Find something the clone can use to be all the deadly. If the clone doesn’t draw from our ammo pool this will probably be some kind of rocket launcher. Boom Enhance of course to make it even deadlier. Then Borrowed Time and Adrenaline to maximize uptime.

Now something I haven’t seen people mention is the strength of Pocket Full of Nades. 15% at max capacity of 10 nades that is restoring 1.5 nades per second for 8 seconds. A single kill more than fully refills Zane’s nades. So combining Boom Enhance with Duct Tape Mod is absolutely viable.

Final fun bits. Will be maximizing the shield’s offensive benefits with Charged Relay and Nanites while shooting through it to make Zane himself perform decently. Picking up the shield and milking the Charged Relay movespeed will definitely be a nice perk. Note that the combination of Ready For Action and Nanites is -73% shield recharge delay, yep love it. Picked up Trick of the Light so obviously take the Which One’s Real augment. Binary System augment to get more freezing and trigger Which One’s Real again.

Overall I see the build rocking great offense thanks to Double Barrel and it has powerful defense from the shield tree.

Edit: Updated build to include the Brainfreeze talent.

Ah! Didn’t know that site was a thing… time for a proper dive into their skill trees, brb.

…hope there’s higher levels than 50, I want all the things!

I saw in a gameplay of Zane from the reveal that a x2 showed up on a kill skill if another kill happened before the duration of the kill skill had ended. Do you think that this mean that the kill skill will have double the effect for that time? Seems relevant and can probably make a huge difference if you plan on a Death Follows Close build. (Did not see a x3 appearing anytime during the gameplay)

Got me considering a Kill Skill mixed with keeping Action Skills active build. Just woke up less than 10 minutes ago so it’s not great, but I’mma tweek it a bit when I get the chance.

The objective of this build is to maximize Zane’s effectiveness gain from skill skills and to maximize Seein’ Red procs. This is why I don’t take Good Misfortune. Making action skills last longer is counter productive to getting the next kill skill activation from dropping my action skills. I went with the barrier because of its shorter cooldown so it can trigger kill skills more often than the clone. Barrier also has the Adrenaline talent for faster cooldowns as well.

On Violent Violence vs Playing Dirty. The thing here is they are situational based on your weapon. Weapons with large clips and rapid fire (like SMGs) will benefit more from VV. Weapons with smaller clips or that don’t function off fire rate, like jacobs weapons, most sniper rifles or the new maliwan charge up guns then Playing Dirty is better. I am a big fan of Jacobs pistols so, that is why I went with Playing Dirty.

On augments they are mostly to personal preference. I strongly recommend Charged Relay and Bad Dose for the movement speed buffs which translate into more damage from Violent Momentum.

Bored so I quickly rolled up a “tank” build for Zane here. Focused on keeping shields up and high while using the barrier and clone for extra shield and damage mitigation. Utilizing the Nanites and All-rounder augments for the barrier along with the Schadenfreude and Binary-System augments for the clone to get the most from cryo damage/freeze and shield up time. MIGHT change Binary-System for Digital Distribution if cryo isn’t needed and keeping health up becomes an issue.

My (early-game-)build was well, built under the premise to be the flashiest Hitman possible as early as possible. My Zane isn’t just a cocky bastard, no, he is the cockiest of bastards under the sun. The most expressionistic Hitman ever enters with a bang, leaves with a Doppelbanger (literally) and uses Binary Systems to let his enemies freeze right in front of his sexy ass, so that they have a good look at who kills them. Twice!

Going from there I would probably spec into the Barrier to keep Zanes face as gunshot-hole-free as possible and let him be the grenade-cheersploding Badass he is.

The Infinity build!
Since we know that the Infinity pistol will be in Borderlands 3 I thought it would be fun to make a build with it in mind. The aim for the build is to throw grenades constantly. This will be done by using Duct Tape Mod in combination with the Infinity, (hopefully) meaning that every shot will have a chance to throw a grenade. Pocket Full of Grenades with Death Follows Close will regenerate grenades super fast meaning that you will always have a supply of grenades. I bet there will be some awesome grenade mods (homing would probably be best) to use for this build.

I’m thinking that if it works, it’s sustainable and the Fastball is still in the game… it could be real fun lol

I can really dig on that! The Infinity was one of my favorite guns to mess around with in BL2. Having a build revolve around it that also kinda turns it into a grenade launcher is fantastic.

I love the infinity idea. It looks like based on the gameplay video the infinity has a single bullet clip that regenerates instantly. So if Duct Tape Mod is designed to fire based on the clip being full then it should work. However if DTM is tied to doing a reload then it won’t work. The wording we have is the “first shot fired” which could be interpreted either way.

Kill Skill based build. At this point no clue if viable but I went after every kill skill. The old man is going to be faster than a coked up skag.

At this point no clue if viable

If you’re having fun, then anything is viable! (as someone who used to raid regularly on MMOs in high school this is not true, but follow your dreams dang it)

Gearbox is pretty specific when it comes to how these skills trigger. Reload, First Shot, and Reload + First Shot are all indicated separately and if reload is not mentioned on the card it doesn’t factor. Nisha could use gunslinger or pickpocket to reach a full mag which would proc crack shot without needing to reload. She also had skills that activated specifically on reload as well. Zero could OSOK the Infinity and Claptrap’s SWAB states that it needs the first shot, full magazine, and a reload to activate.
I know it won’t be confirmed until it’s tested in practice, but I’m pretty confident that DTM-Infinity will work.

Can I confirm my understanding on this portion? Would like to know what exactly does it mean by first shot.

So correct me if I’m wrong but is it like the first click of the mouse? So if say on an smg, it doesn’t matter if it’s a full magazine or depleted, it’ll just consider the first click. And if I do hold onto the mouse to spray bullets and the moment I let go and click again, it’s considered a first shot?

If the above is true, wouldn’t that make Zane a solid Jakob user? Since it’s technically always a first shot.

No it is the first shot in the mag when it is full that counts.

I see. Hence those reload speed buffs in his skill tree then.

Next question, does the clone have Hp and the dmg value pre capstone?