I wanted to inform you guys that these are now up on the 2K Store. #notsponsored
I know some of you have been looking for some Battleborn merch. So if you are into this stuff and you have some $$$ enjoy!

Adorn your walls with the most badass of Battleborn badassery! This limited edition 11" x 17" Battleborn lithograph is signed by some of Gearbox’s top talent and each one comes with a Certificate of Authenticity. Signatures include designer Brian Cozzens, Art Director Scott Kester, Creative Director Randy Varnell, and Gearbox CEO, Randy Pitchford.” 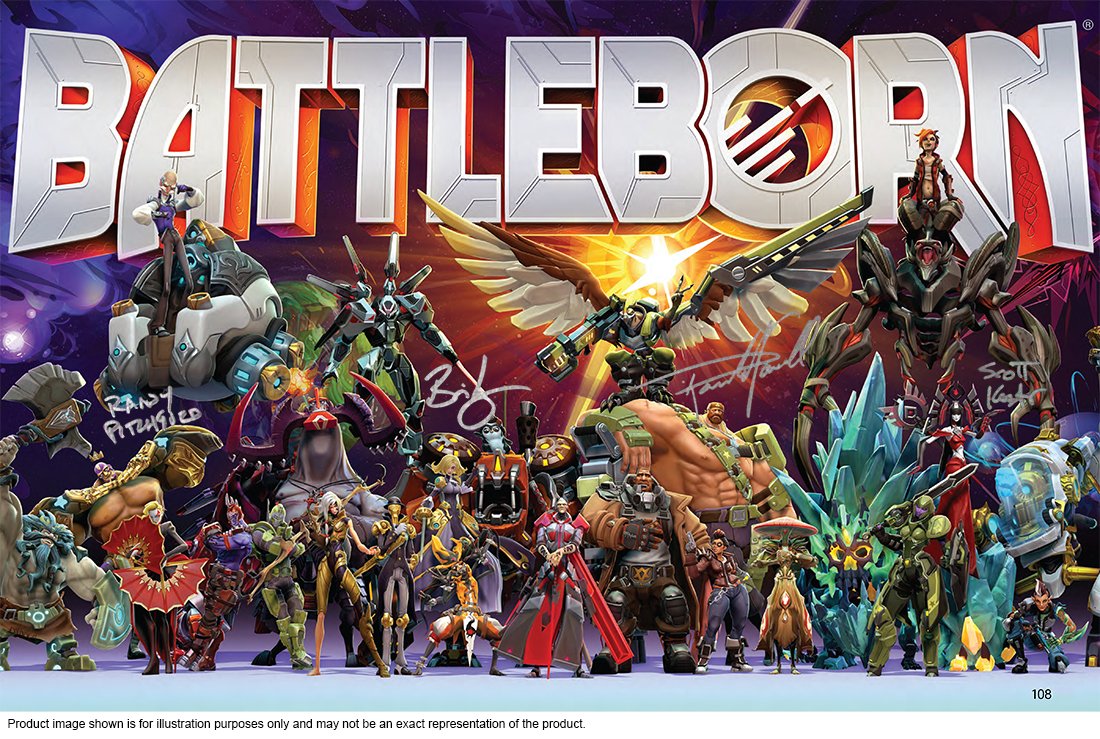 I don’t know what a lithograph is, but I just bought one

Man, I really wish I wasn’t as broke as a newborn Mike right now…

I don’t know what a lithograph is, but I just bought one

Same. What is It? I want to know if I need to get a frame…

2K brand is printed there. After, their poor marketing skills towards battleborn. I’m not buying it!

There’s also a 3 dollar Montana shirt and a three dollar thorn shirt. I call it, the “Book Club” collection.

Get one for your partner and snicker at the dirty jokes the developers never intended for you to make.

Admittedly, it’s a little disappointing that this is just now coming out but doesn’t have the DLC characters. You’d think that they’d have time to put together an image that includes the entire roster.

If it would convince 2K to let Gearbox take the game off servers a la Borderlands, I could be convinced to get one. Otherwise… I kind of… don’t really want a poster…

Add the DLC characters and fix the character scaling and I’ll happily buy that.

There is a Store?
Also: no DLC characters

Pretty cool, but no DLC characters is like a big no no. Still, pretty cool.

OMG if I had 50$ to waste + customs cost, and knowing what to do with a lithograph, I would definitely think about it.

Or if it was last year.

I kinda want one but it’s a 50$ poster. If it was one of those Deande posters that I see dotted all over the heliophage with her hiding behind her fans I’d order 20 at the drop of a hat.