There’s a lot of demand for a Linux port for Homeworld Remastered:

Homeworld 1’s code was released under a restricted licence and ported to Linux. This shows it is at least possible with the HW1 engine. I can’t speak for HW2, but it was ported by Aspyr to Mac OS X in 2003.

The Steam thread (on Homeworld Remastered’s discussion forum within Steam) is by far the most active.

Right now, I only count Windows. Where are the other modern OSes?

Gearbox, can we please have a Linux port of Homeworld?
Even some word (or fixes) to make it work on wine - or necessary workarounds - would be brilliant. I can’t wait to play Homeworld Remastered and I’d love to do so on Linux.

I’d like a Linux port too! As a Linux user I’d have to play any game in Wine if it’s not released natively. And it’s far from ideal.

Gearbox, can we please have a Linux port of Homeworld?Even some word (or fixes) to make it work on wine - or necessary workarounds - would be brilliant. I can’t wait to play Homeworld Remastered and I’d love to do so on Linux.

Yupp, a Linux version would be great. Would fit also the recent push for linux as PC gaming platform.
I guess the simplest way to achieve it would be for Gearbox, utilizing the amazing powers of the community and supporting the already existing community. A first step could be the re-licensing of already opened source code of HW1 classic, see this old thread where BurlesonGBX was pretty open to this idea.

There’s a lot of demand for a Linux port for Homeworld Remastered:

This seems questionable. In general the demand for Linux games is less than 1% of the market, and often less than 50 people will buy Linux versions of a game. I’ll say, choosing Linux as a gaming platform just isn’t a great idea, considering very few games exist for it, and the market demand is so low that very few developers will bother to make ports, except for ideological reasons.

If you really want to flog the gnu, some sacrifices have to be made for La Révolution! Otherwise, dual boot Windows.

Yeah, it’s a commercial risk to do this investment. Which could be completely outsourced if the engine’s code would be given for porting to the community either fully open source (let’s face it, even updated is the engine outdated & the value is in the assets) or under NDA. This worked before (without leaks). And even if it leaks, no company could use this tainted & unlicensed code.

At least for the classical games the code should be properly open sourced, the community will do the ports, like they did already for HW1 (on the improper licensed source code).

I disagree. While that may be true for most AAA shops there is a trend at least with indie developers and some larger companies in adopting Linux/OSX. Case in point is the fact that Valve’s SteamOS uses Linux and has sunk a lot of time/money into porting their games to it.

While my library is largely indie titles, my Linux compatible games are greater than 75% of my total library. Mostly AAA titles making up the windows-only and somewhere around 80-90% being OSX compatible.

I guess in the meantime I can dig out my old copy and pretend it’s been updated. :\

Due to the… “variable” levels of hardware support under Linux as far as gaming hardware is concerned (particularly graphics wise) as well as demographic size, i’d say Gearbox have no business going anywhere near working toward a Linux port until they fix the mess they’ve created in the Windows version.

Just take my money and give me Homeworld Remastered on Linux!

Also: that eula for singing up for this forum is just ridiculous!

I’m also going to throw my hat in and say I’d like to see a port to Linux on the Remastered set.

We don’t allow platform wars here, nor OS wars. Register your interest, but if you just want to slag something or someone off: don’t post. Thankyou.

Linux is great and all, but I don’t think this should be a high priority issue. Wine runs most games fine.

No, that is certainly not the translation.

No, that is certainly not the translation.

fight, fight. (i see the humor is still lost)

Looks like a Schrodinger’s Comment. Now, leave the thread, or I will indeed lose my sense of humor.

There is a linux port for classic that was under development back in the days of the RDN. You needed to copy paste the .big files from a windows install of HW1, but I never got it working, and the project hasn’t been updated in years.

I’m not sure of it’s legal status anyways now that Gearbox owns homeworld, but it might be cool if they took a look at the updated source code and finished the project.

This Linux port is called HomeworldSDL which was later also ported for Mac or Android. 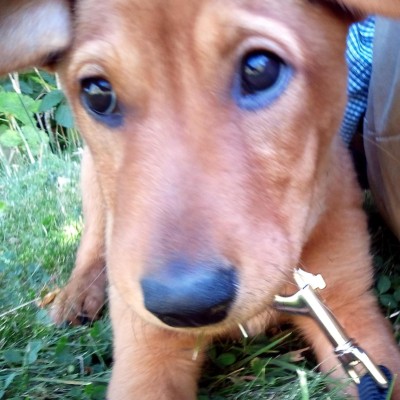 Contribute to timdetering/HomeworldSDL development by creating an account on GitHub.

It is totally legal as it is based on a legit Relic source code release, confirmed by GBX

Still hasn’t been updated in years. It would be nice if gearbox took it over.